Victory in Wladyslawowo–Cetniewo comes exactly a week after his title win at the recent 2017 Spanish Junior and Cadet Open.

Next up for Artur Abusev was a last eight match against Matteo Mutti of Italy which was decided across five ends (11-6, 11-3, 8-11, 11-5, 11-2) before the Russian representative booked his place in the final with a fantastic straight games win against top seed Cristian Pletea in the semi-finals (11-2, 11-5, 11-4, 11-5) with Bastien Rembert progressing through to the final in the lower half of the draw.

The final proved to be a fascinating showdown between the two contestants as both players fought it out for the chance to lift the Junior Boys’ Singles trophy for the second occasion at an ITTF World Junior Circuit event in 2017.

Bastien Rembert was the standout player in the category at the 2017 French Junior and Cadet Open and looked on course to triumph in Wladyslawowo after the French representative edged ahead following the conclusion of the opening three games.

The title was guaranteed to be received by France regardless of the result in the final, with both pairings involved in the title match representing the nation.

Irvin Bertrand and Jules Rolland made a strong start to the tie and after two tight games a commanding lead had been established by the second seeds, but a resilient effort saw a tremendous comeback from the fourth seeded partnership of Remi Menand and Bastien Rembert who picked up three consecutive games to claim the title (9-11, 9-11, 11-6, 11-6, 11-5). 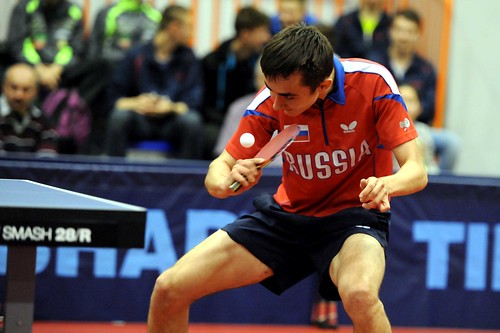