The four team competitions at the 2017 ITTF Belgium Junior and Cadet Open all drew to a close on Saturday 22nd April, as India captured the Junior Girls' Team and Cadet Girls' Team titles and a mixed nationality pairing of Irish and Norwegian competitors lifted the Cadet Boys' Team prize.

However, one of the headline stories of the day came in the Junior Boys' Team category as fourth seeds Portugal stunned Russia to emerge as champions.

Heading into the day’s action the top two seeds were the favourites to reach the final with both India and Belgium having booked their places in the semi-finals, yet as events transpired neither one of the two nations achieved that goal as Russia and Portugal progressed to the title deciding match instead.

The final may not have featured the two highest ranked sides, but there was still plenty of drama for the spectators to enjoy.

There may have been no meeting of the top two seeded sides in the Junior Boys’ Doubles competition, but the Junior Girls’ Doubles final did feature that showdown as India took on representatives from Croatia, England and the USA.

Victory for India in the Junior Girls’ Team tournament was matched in the Cadet Girls’ Team draw as the squad of Diya Parag Chitale and Anusha Kutumbale produced a 3-1 upset against Hungary ‘A’, while Ireland’s Owen Cathcart and Norway’s Borgar Haug claimed the Cadet Boys’ Team crown with a 3-2 triumph over Belgium ‘A’. 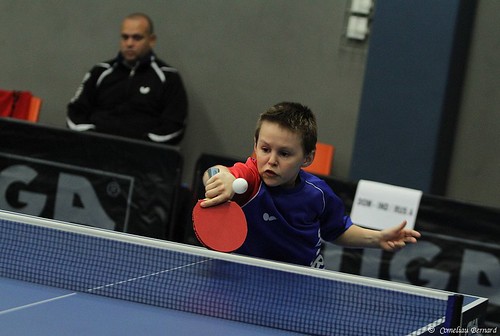