Day Two of the 2017 Belgium Junior and Cadet Open in Spa saw the Junior singles and doubles competitions draw to a close with the first silverware of the tournament up for grabs.

The competition was set for an exciting finale as the home favourite Lisa Lung took on the unexpected finalist Rebekka Carlsen, but the Norwegian representative wasn’t able to replicate a similar performance to the one she produced in the previous round as Lisa Lung prevailed in straight games (11-3, 11-5, 11-5, 11-8) to lift the trophy.

Both of the Junior Girls’ Singles finalists also competed in the Junior Girls’ Doubles final as Lisa Lung and her partner from the United States of America Amy Wang went head-to-head with Rebekka Carlsen and her fellow compatriot Maja Haugen Gjelle.

Seeded first for the competition Lisa Lung and Amy Wang were expected to deliver a positive result against their fifth seeded opponents and they didn’t disappoint as the mixed nationality duo confidently strolled to a 3-1 triumph over the Norwegian partnership (11-6, 11-7, 7-11, 12-10).

One of the big shock stories of Day One in Spa came in the Junior Boys’ Singles event when the top seed Florian Cnudde lost out in the opening round of the main draw, and there was another surprising outcome in the category on Day Two as Lilian Bardet claimed the gold medal.

Lilian Bardet and Bastien Rembert saw off fellow French contestants Leo De Nodrest and Jules Rolland in a thrilling battle (6-11, 11-5, 11-8, 7-11, 11-8) as the third seeds toppled the second seeded pairing in the final. 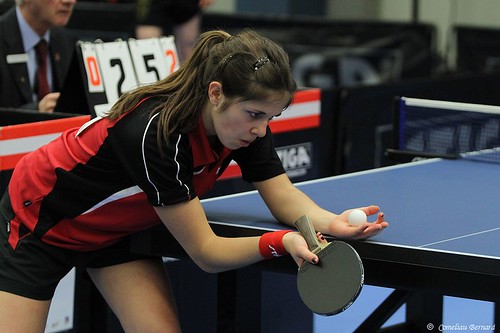