The final qualifying Group F match between Wales and Kosovo has finally been decided, after the hosts powered to a 3-0 victory on Thursday 30th March to progress to the qualifying play off round for the Liebherr 2017 ITTF European Championships. 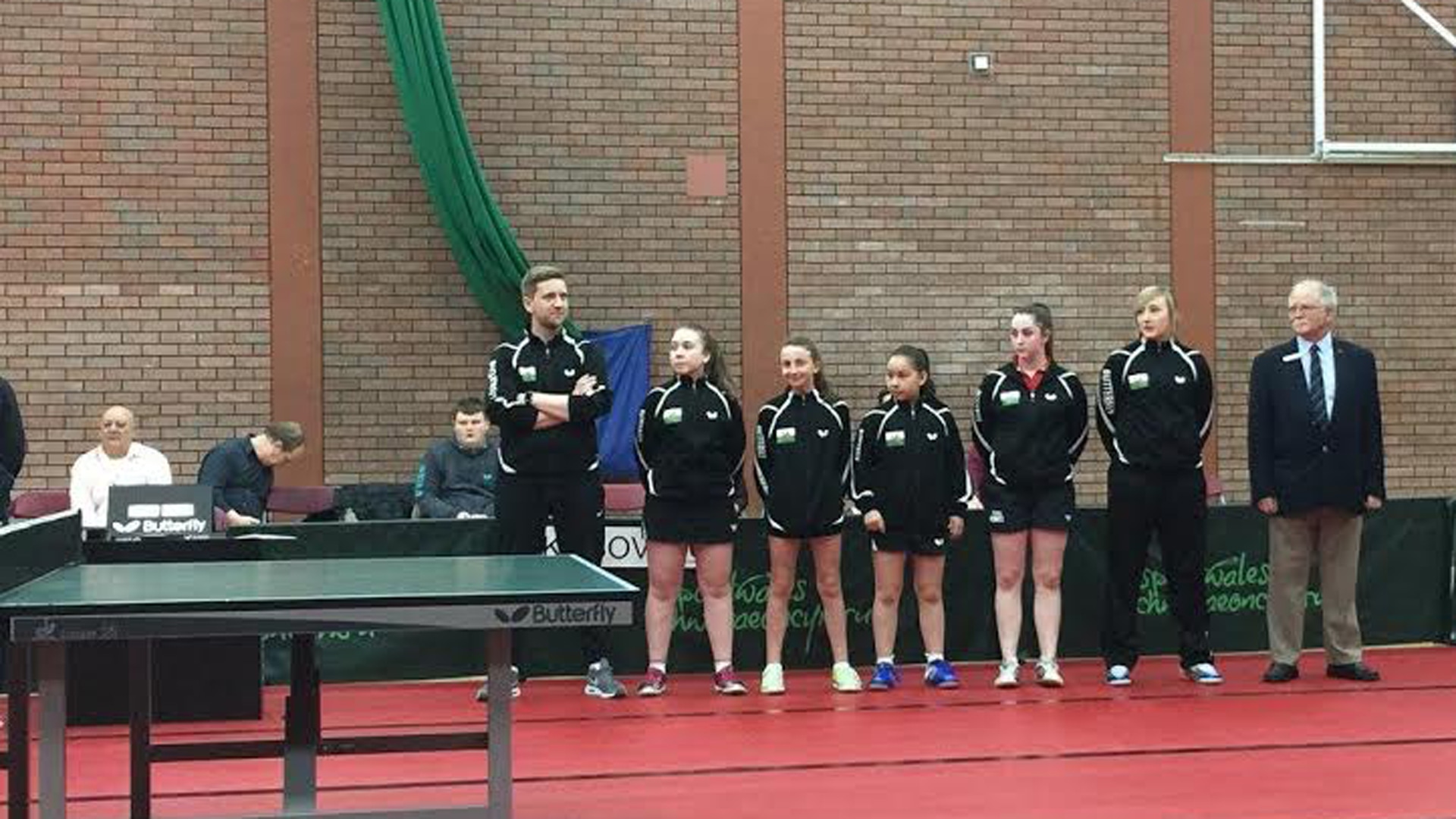 There was disappointment expressed by the Welsh camp on Tuesday 28th March after the match was postponed for the second time due to travel problems for the Kosovo squad, but the encounter was swiftly rearranged to take place two days later on Thursday 30th March.

The European Table Tennis Union (ETTU) assisted Kosovo with visa applications and played an important role in ensuring that the match would go ahead.

However, the standout moment of the encounter came in the third match as Anna Hursey became the youngest table tennis player to represent Wales, and the 10-year-old enjoyed a debut to remember seeing off Nehare Sanieva with a powerful display (11-9, 12-10, 11-9) to send Wales through to the next qualifying round.

After the match Ryan Jenkins, National Coach of Table Tennis Wales told the ITTF that he was delighted to see his team demonstrate a high level performance against Kosovo.

“We are very relieved to have come through the match. Not having our strongest team on paper, due to the postponement, meant other players got a chance and they delivered for us in great style. Beth Roberts played particularly well to defeat their number one and 10-year-old Anna Hursey completed her debut with a fine performance also winning 3-0. Charlotte Carey led the team with a 3-0 start”, Ryan Jenkins.

Next up for Wales is a two-legged play-off fixture against Belarus, and Jenkins is confident that his squad will put up a strong fight with a place in the Women’s Championship Division up for grabs.

“Against Belarus we know this is another level and we will try to be ready for it. We have Chloe Thomas, who has just been selected for the Great Britain team at the World Student Games in August, to come back and we’ll see who will join her and Charlotte (Carey) in Minsk for Wales. Everything is always possible in sport and we will relish the opportunity to play a great team over two legs”, Ryan Jenkins.

Dream campaign ends for Slovenia as Germany edges to victory