A year to forget now for Jiang Tianyi, a year to remember?

The year of the Rio 2016 Olympic Games, the pinnacle but for Hong Kong’s Jiang Tianyi, he could only reflect on what might have been, now can he look forward to a year that might be?

It would appear that he can look forward with more than a sense of hope; at the Seamaster 2017 ITTF World Tour Qatar Open qualification tournament, on the late afternoon of Wednesday 22nd February, he caused a major upset 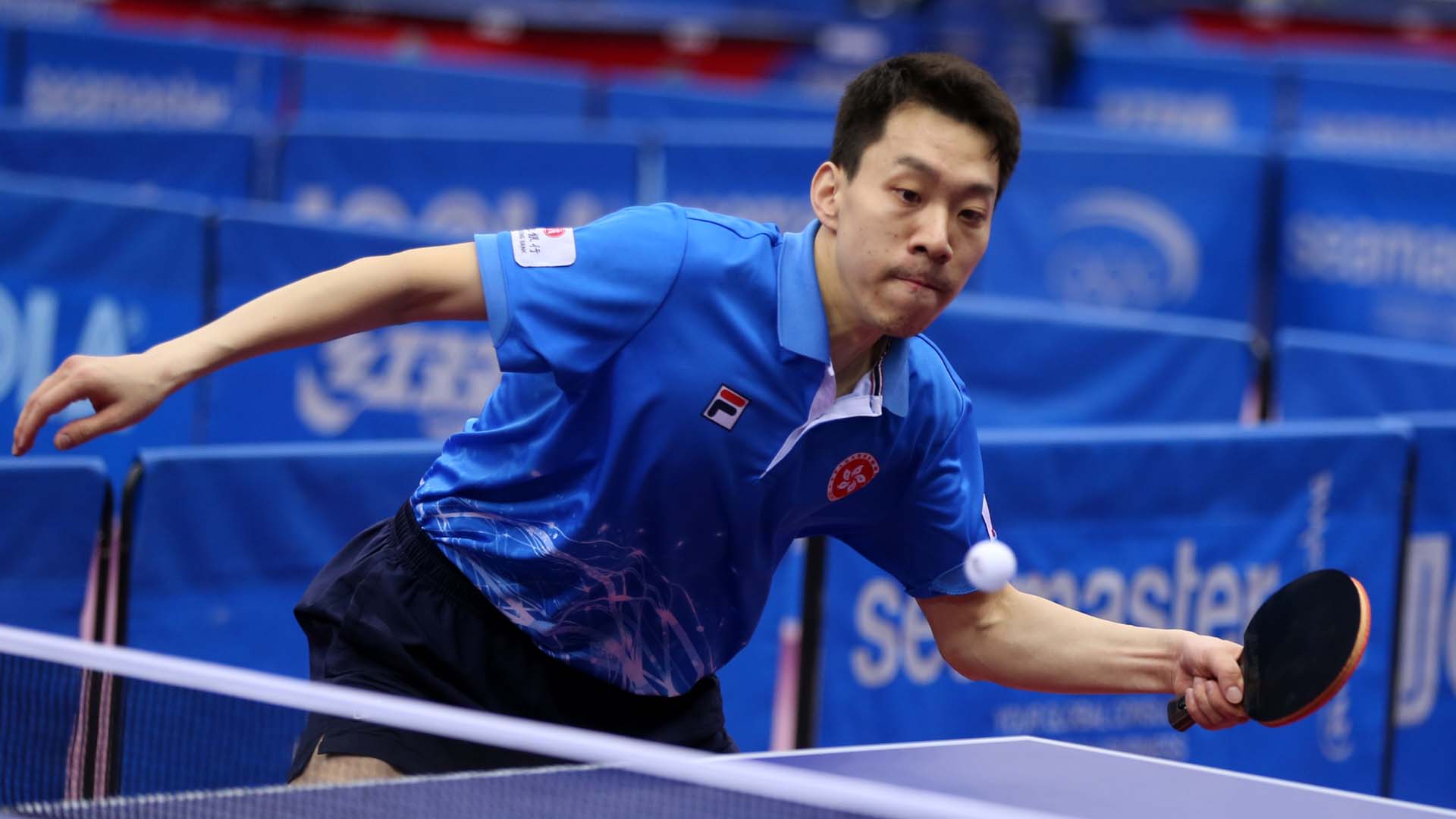 “He is good in every department of the game; in order to win the match I had to make sure that I played a strong first attack, not fast but with a great deal of topspin. Also I think I had a slight advantage in the short play”, Jiang Tianyi.

It was a most contented Jiang Tianyi who departed the arena; he had more than one reason to be pleased. Not only had he performed well against a most worthy adversary, he had underlined the fact that he was approaching the form he displayed some two years ago, when winning the Men’s Singles title at the GAC Group 2015 ITTF World Tour Hungarian Open.

However, in the past year, just playing table tennis has been a major challenge; a ligament injury to the lower part of his left leg meant that for most of the time it was rest and recuperation.

“I just could not move; it was not until after the Olympic Games that I was able to start practising. In fact it was November”, Jiang Tianyi

Watching him play, there were no signs of any problems regarding movement; clearly he is back to full fitness, a fact that was evident the previous week in New Delhi at the Seamaster 2017 ITTF World Tour India Open.

He reached the quarter-final stage of the Men’s Singles event; furthermore, he prevailed in contests against German adversaries that were both mentally and physically draining.

“Certainly, I’m pleased with last week; it’s given me a great deal of confidence for this week in Doha”, Jiang Tianyi.

Alas for Jiang Tianyi, there was no place in Rio de Janeiro; maybe in Tokyo?