Steve Dainton, ITTF Marketing and Commercial Director discusses in length the four-year deal with Seamaster, the new approach to marketing rights which are back in-house, recent technological advancements and much more. 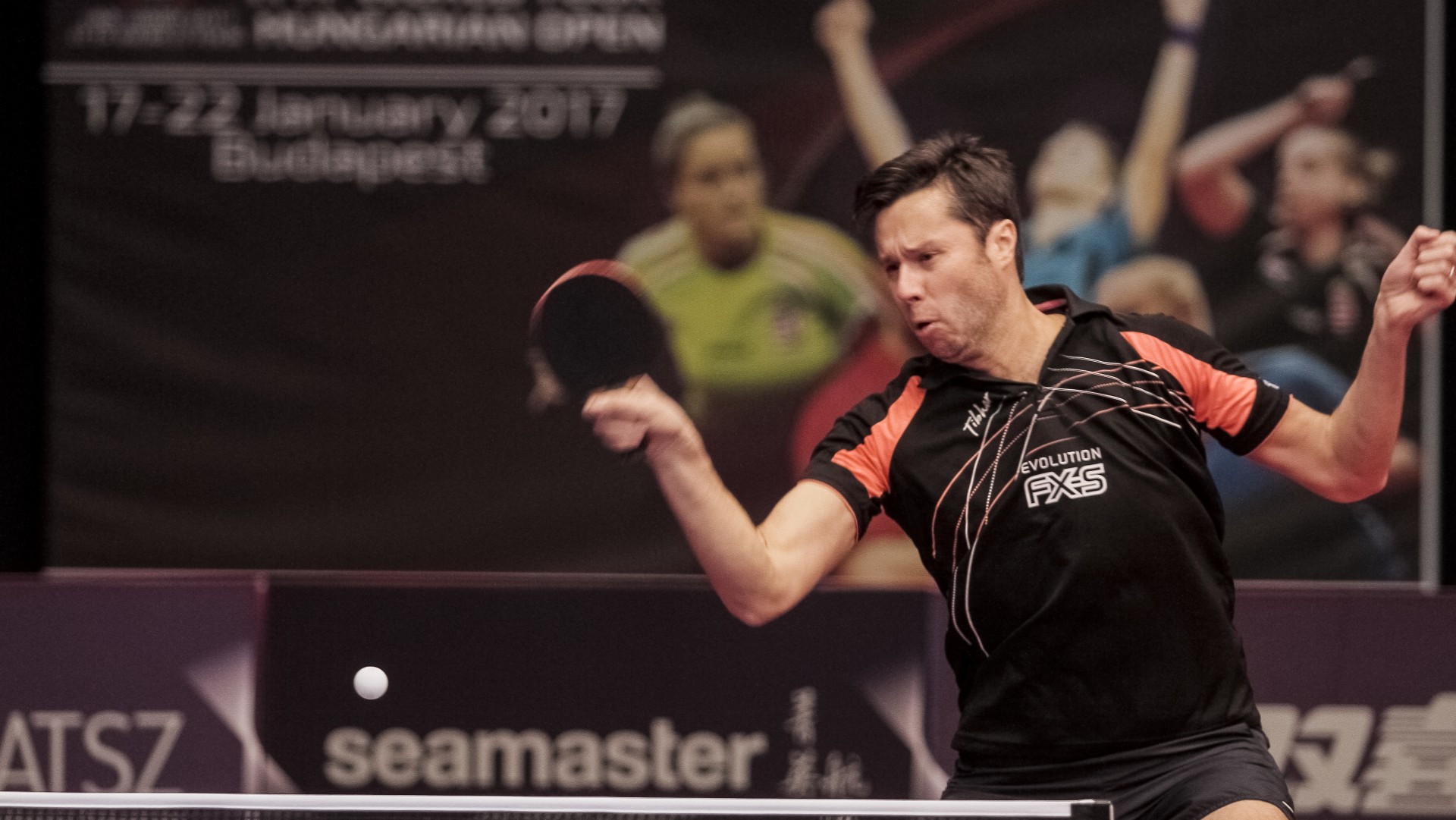 The recently concluded Seamaster 2017 ITTF World Tour Hungarian Open was just a snapshot of how the fans will experience the World Tour events in 2017. The ITTF recently signed a groundbreaking four-year deal with Seamaster, a Chinese shipping company, for the World Tour events which includes six platinum and six regular World Tour events plus the year end World Tour Grand Finals. Steve Dainton now heads the workings of the commercial rights that were with TMS since over a decade, but were brought back to the ITTF starting Sunday 1st January, 2017.

Dainton emphasized the Seamaster-ITTF deal being a non traditional one. “This is a bit of a different deal than a pure sponsorship one,” he said. “Seamaster will work closely with the ITTF and invest in the World Tour to see it grows to become a much larger scale international sporting property. The overall commercial product that the World Tour is, will be revamped. We aim for there to be an increased participation of the world’s best players, better in stadia, on screen and digital presentation of the games and greater prize money. Which at the end, we hope will be an overall new experience for the fans.”

This non traditional deal gives a fresh kick-start to the World Tour and puts a positive pressure on the ITTF to push forward the comprehensive development of its products. In the next four years, the ITTF has certain milestones to meet which will shape the future of this deal. “We certainly have a lot to achieve, and we are hopeful that Seamaster can come on board for the long term. We already know them as table tennis friendly company and hope the collaboration helps us expand our horizons in the future,” said Dainton on a confident note.

Starting Sunday 1st January 2017, the ITTF took the commercial rights back in house from TMS, Steve Dainton is thankful for the association that both the companies had. He said, “ITTF worked with TMS for close to 13-14 years, which helped the ITTF find many new partners of the ITTF events. Despite the new situation and positive energy, TMS has helped us start off on strong footing as we inherited for the next 4 years (2017-2020) numerous commercial deals concluded by them. This makes it a great platform to develop even further as we can focus on growth and not renewals.”

ITTF President Thomas Weikert added, “TMS was a great partner but the time was right for a change, and I welcome the new challenge of bringing all the commercial rights in house, which will be managed by ITTF’s Marketing & Asia Pacific Headquarters under the guidance of ITTF’s Marketing and Commercial Director, Steve Dainton.”

However, now that the ITTF will be on its own, it gives Dainton and his team under the supportive guidance of the current ITTF President Thomas Weikart a fresh chance to approach the development and strategies for the commercial rights.

He continued, “We have our marketing goals for 2017 and the future clearly laid out, the most important one being to increase revenues compared to the past. Our performance depends heavily on that and thus we need to find new companies either as sponsors or partners to come on board. In the past we have been largely sponsorship driven, but the market is not usually sponsorship driven, rather media rights and investment driven. There are a lot more opportunity on media rights and strategic investments in sports federations and properties at the moment, and we at the ITTF need to tap into such opportunities. Strategic investment, media rights and sponsorship all go hand in hand and we will continue to strive towards bringing more revenues to the ITTF.”

The ITTF also wants to capitalize on its core products to increase their commercial attractiveness to bring in more partners. “As a team in Singapore, we continue to focus on new innovations and bringing in new technology. We launched TTX at the Rio Olympic Games last year and we see that it can develop further and have its own events, we are very excited by this product as a revolution for table tennis and sports in general,” emphasized Dainton.

Table tennis is clearly global in nature with 222 nations as members. “As part of the strategy, it is essential for the ITTF to have an all inclusive vision, embrace every corner of the globe and not just purely focus on Asia. We need to be visible in the media and the commercial world in every part of the World,” Dainton emphatically emphasised. “We need to embrace our continental federations and work more closely with them,” he added.

Clearly, new technology can provide a brilliant fan experience. Virtual Reality has already seeped into the US with the NBA and NFL bringing the experience out for the public. Dainton is aware of this fact and thus has ensured that the ITTF keeps up with the market trends. “SECA, which holds ITTF’s digital rights in China, tested VR broadcasting during the World Tour Grand Finals at Qatar last year which got a positive response. As years go by, we will try to develop it further. Its at an infancy stage and who knows, it can be something cool in the future,” he said.

Virtual Reality can bring in a new experience, it makes you feel closer to the action and makes you feel as if you are right there. For a table tennis lover, they can check different angles of the table, observe techniques of the players and learn more about the game from a new perspective altogether.

With these key advancements, plus more to come, Dainton is confident that the fans will experience a new viewing experience. “Our team here in Singapore is thrilled to be working on this as table tennis will hopefully be a partly refurbished product. We really need to keep up with other fast non traditional commercialising sports,” he noted.

Dainton continued in an enthusiastic tone, “We will work hard that the top table tennis stars that attract the fans will participate at the events, the World Tour Grand Finals will be a one of a kind year end show, the World Championships in Dusseldorf will crown a new champion in front of an already sold out crowd. There is a lot of exciting table tennis action coming up in the future. We hope the fans will be able to play some TTX too!”

The next Seamaster 2017 ITTF World Tour will be held in New Delhi, India from Thursday 16th to Sunday 19th February. Catch all the exciting action LIVE only on tv.ittf.com.