The Sun International 2016 World Junior Championship concluded with the most shocking result ever- China winning only one gold medal. Japan clearly dominated winning three titles and so did Korea Republic winning two. Romania made history by winning the girls' doubles title for the first time ever! 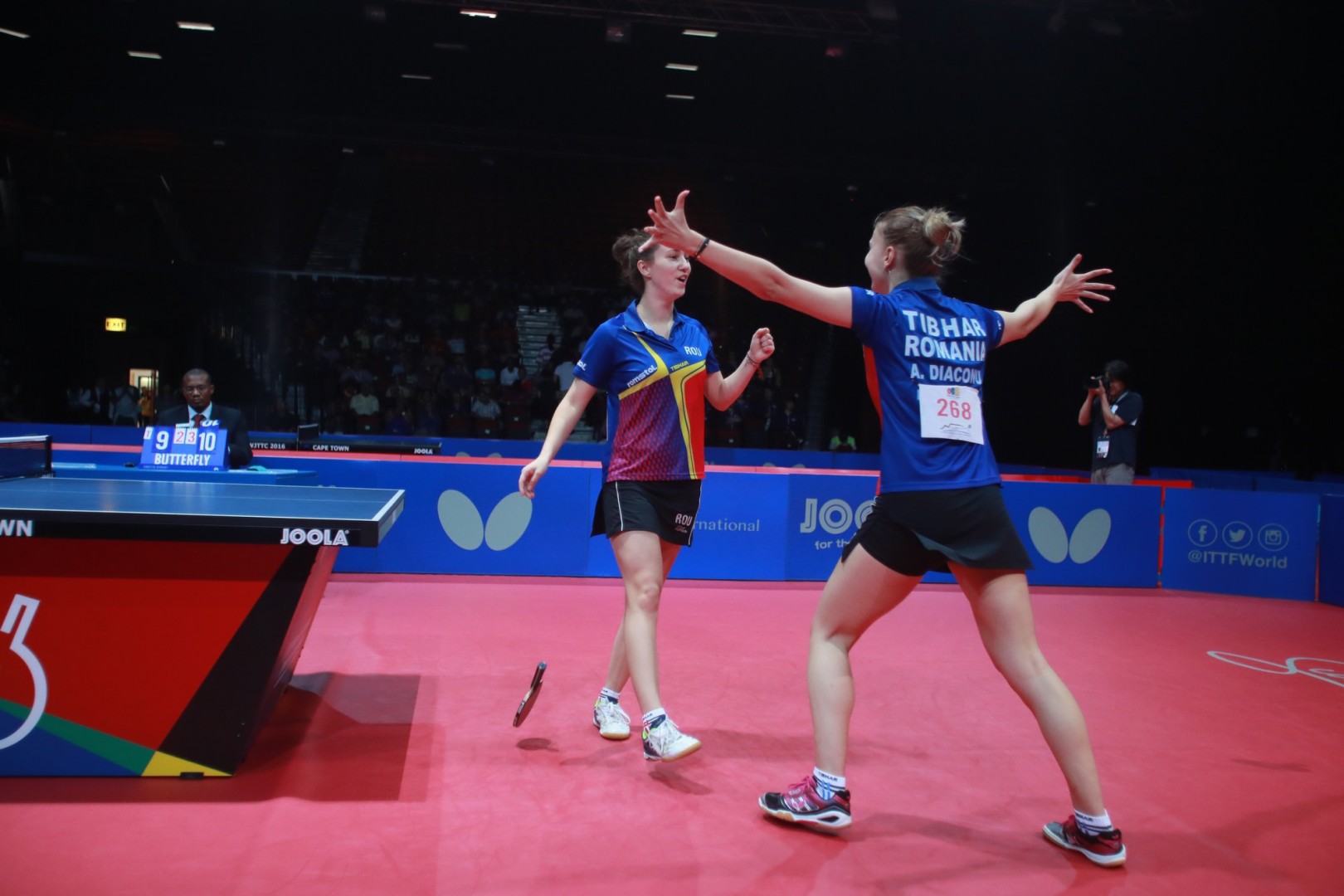 A number of shocking results was the highlight of the tournament that concluded earlier today in Cape Town, South Africa. We saw many “firsts” in the history of the World Junior Championships:

Adina Diaconu and Andreea Dragoman from Romania created history by becoming the first ever European pair to win a doubles title at the World Junior Championships. The Romanians beat Japan’s Hina Hayata and Miyu Kato in the Girls’ Doubles final (11-7, 11-8, 11-6, 5-11, 9-11, 11-9).

Korea Republic’s pair of An Jaehyun and Cho Seungmin thrashed the top seeds from Japan Tomokazu Harimoto and Tonin Ryuzaki (7-11, 11-8, 11-4, 11-3, 11-4) to win the first ever boys’ doubles title for Korea Republic in the history of World Junior Championships.

Korea Republic’s Cho Seungmin and Kim Jiho won the Mixed Doubles title in a seven game thriller against Yuki Matsuyama and Hina Hayata of Japan (7-11, 11-9, 11-9, 7-11, 8-11, 11-3, 13-11). With this win, they became the second pair from Korea Republic to win the mixed doubles title. The last won by Korea Republic was in 2005 in Linz as Kang Dong Hoon, Shim Se Rom lifted the cup. In rest all of the occasions, a Chinese pair won the crown.

But the most dramatic victory came in the girls’ singles event as Shi Xunyao won China’s only title of the tournament with her straight games success against Hong Kong’s Mak Tze Wing (11-2, 12-10, 13-11, 11-3).

And not to forget Japan’s historic win the team events winning both girls’ and boys’ titles together for the first time.

Do you see something unusual?

Japan, Korea Republic and Romania were able to break the norm and go beyond what was expected. Yes, China has always been the favorites to win any title in any event, but the results of the 2016 World Junior Championship has proved this point wrong.

They managed to win only ONE gold medal.

China did not field its top players in this particular tournament, and questions have been raised against this. Why would China risk this prestigious event? Were they testing some players? Or do they have a strategy in mind that the rest of the world is not yet analyzing?

In Cape Town, top few teams- Japan, Korea Republic, Hong Kong, Chinese Taipei, Romania and France all fielded their best players. However, for China, their top six junior players are currently competing at the China Super League. Wang Manyu, China’s one of the most successful junior players, recently made headlines as she beat Ding Ning, the reigning Olympic and World champion.

What are all these facts indicating?

Clearly, the players China sent to Cape Town are of the level to compete with the best of the rest of the world. But there is also a new wave, a new belief, a new era.