Never before had Japan lifted any of the above titles, as they enjoyed their most successful day ever at the annual event, which has been running since 2003.

The efforts of the Japanese teenagers rather overshadowed Chinese success; Xiang Peng secured the boys’ singles title; the boys’ doubles was won by Liu Yebo and Xu Yingbin, after earlier in the week China had captured both the boys’ team and girls’ team titles.

Signs that Japan may challenge the dominance of China became evident early on in the eight-day event in Korat; at the semi-final stage of the boys’ team event, they extended China the full five match distance, the outcome being decided by the very narrowest of margins.

A place in the final booked, selecting Xiang Peng alongside Xu Yingbin and Liu Yebo, a 3-0 win was recorded in emphatic style against the Chinese Taipei trio comprising Feng Yi-Hsin, Tai Ming-Wei and Huang Yan-Cheng to seal the title.

Similarly, in the girls’ team final, the Japanese trio of Miyu Nagasaki, Kyoka Idesawa and Miyuu Kihara gave the Chinese combination of Shi Xunyao, Kuai Man and Chen Yi more than food for thought. A 3-1 win was the verdict in favour of China, the one win for Japan being recorded in the third match of the fixture when Kihara beat Chen Yi (11-3, 9-11, 11-3, 11-7).

“Our win was mainly due to great teamwork. It was a group effort. Our goal is always to get the gold medal, but you can’t keep thinking that it will definitely happen. We still need to give our best for every point and show our full potential.” – Shi Xunyao

Earlier at the semi-final stage, fielding the same three players, China had recorded a 3-1 win against the DPR Korea trio formed by Kim Kum Yong, Pyon Song Gyong and Kim Un Song; bronze the end result for DRP Korea, their first ever medal at a World Junior Championships. 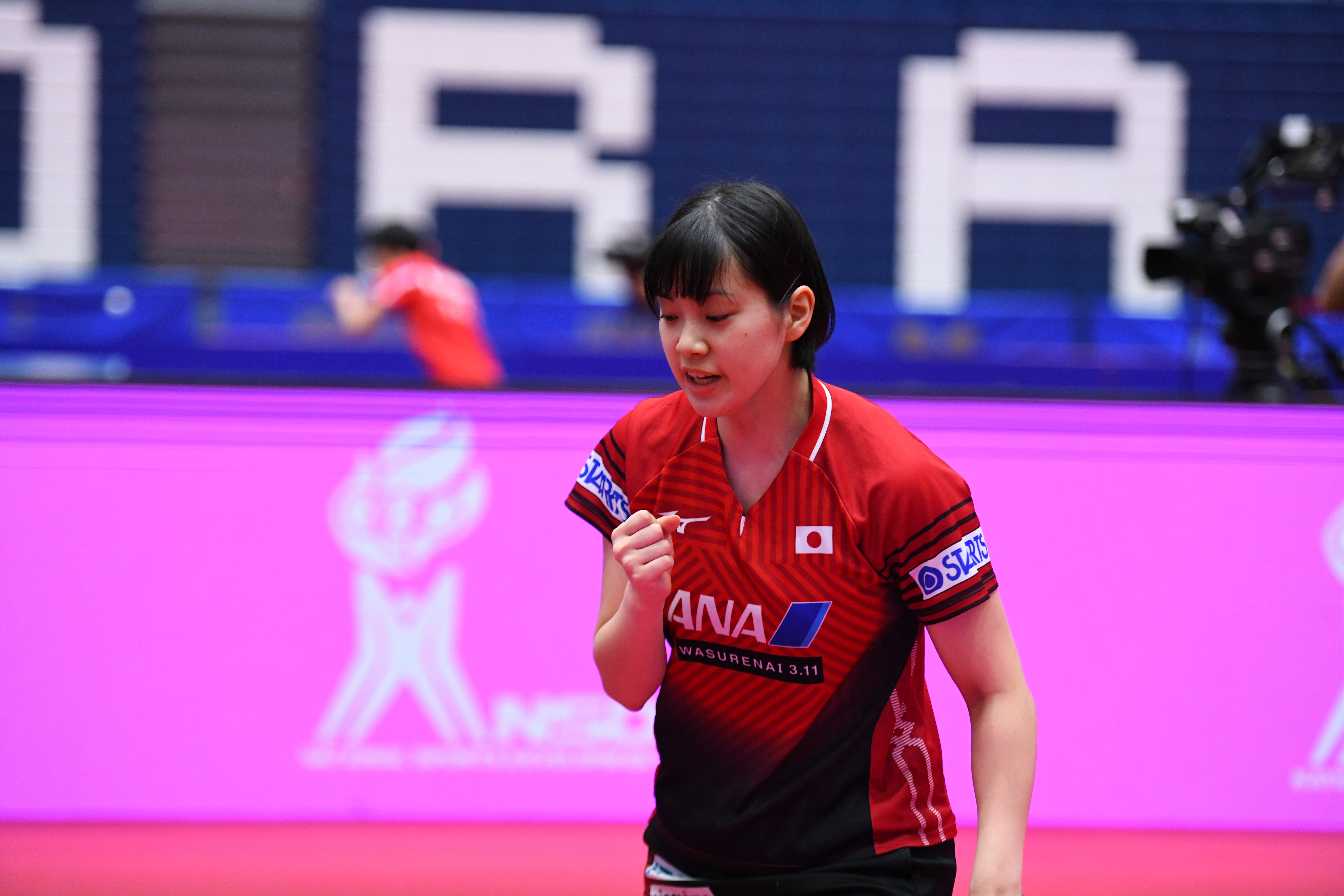 Thus she added to her Asian junior girls’ singles title won earlier in the year in September in Ulaanbaatar; more significantly she ended the run of Chinese success; in all previous 16 editions of the World Junior Championships, the girls’ singles event had been won by China.

“I feel like I have won a World Tour title. I’m just very happy that I have managed to win here. I would like to thank my coaches and family, who have supported me.” – Miyu Nagasaki

A first for Japan, it was the same in both the girls’ doubles and mixed doubles; in both events overcoming Chinese opponents in the final. In the former, Kihara and Nagasaki accounted for Kuai Man and Shi Xunyao (11-5, 11-6, 12-10); in the latter Yukiya Uda and Kihara overcame Xu Yingbin and Shi Xunyao (11-9, 11-1, 11-7).

“At last year’s World Junior Championships in Australia, China won every single event. I was very upset. I told myself I did not want to lose anymore, so I trained very, very hard. We won the women’s doubles event at the Austrian Open, so we can participate at the ITTF World Tour Grand Finals. Now we want to win there together.” – Miyuu Kihara

It was not the best of reading for China, very much Xiang Peng alongside Liu Yebo and Xu Yingbin saved the blushes. 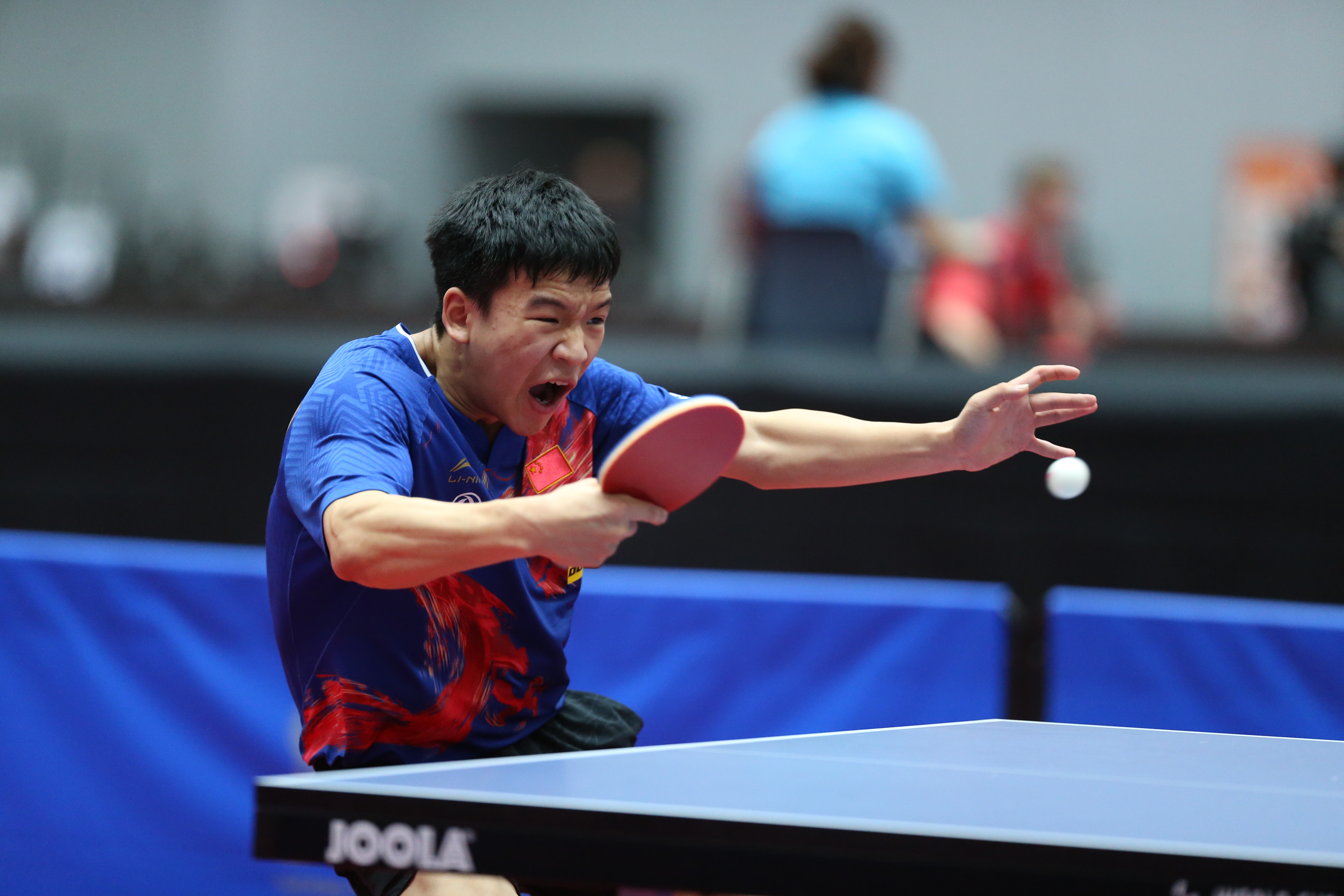 Impressive from Xiang Peng, his fine work was followed up by compatriots Liu Yebo and Xu Yingbin. After accounting for Singapore’s Josh Chua Shao Han and Pang Yew En Koen (11-8, 8-11, 13-11, 11-8), they beat Russia’s Vladimir Sidorenko and Artem Tikhonov in straight games (11-3, 11-6, 11-2) to reserve the top step of the boys’ doubles podium. Bronze for Singapore; their first ever medal at a World Junior Table Tennis Championships.

A first for Singapore and more than one first for Japan have left China with plenty to ponder.