Nominees to be recognised at the 2016 ITTF Star Awards Evening to be staged in Doha, Qatar on Thursday 8th December have been announced by the International Table Tennis Federation. The fourth edition of the now well-established event, the splendid Sheraton Hotel will be the occasion which celebrates the achievements of the world’s leading personalities in the sport. 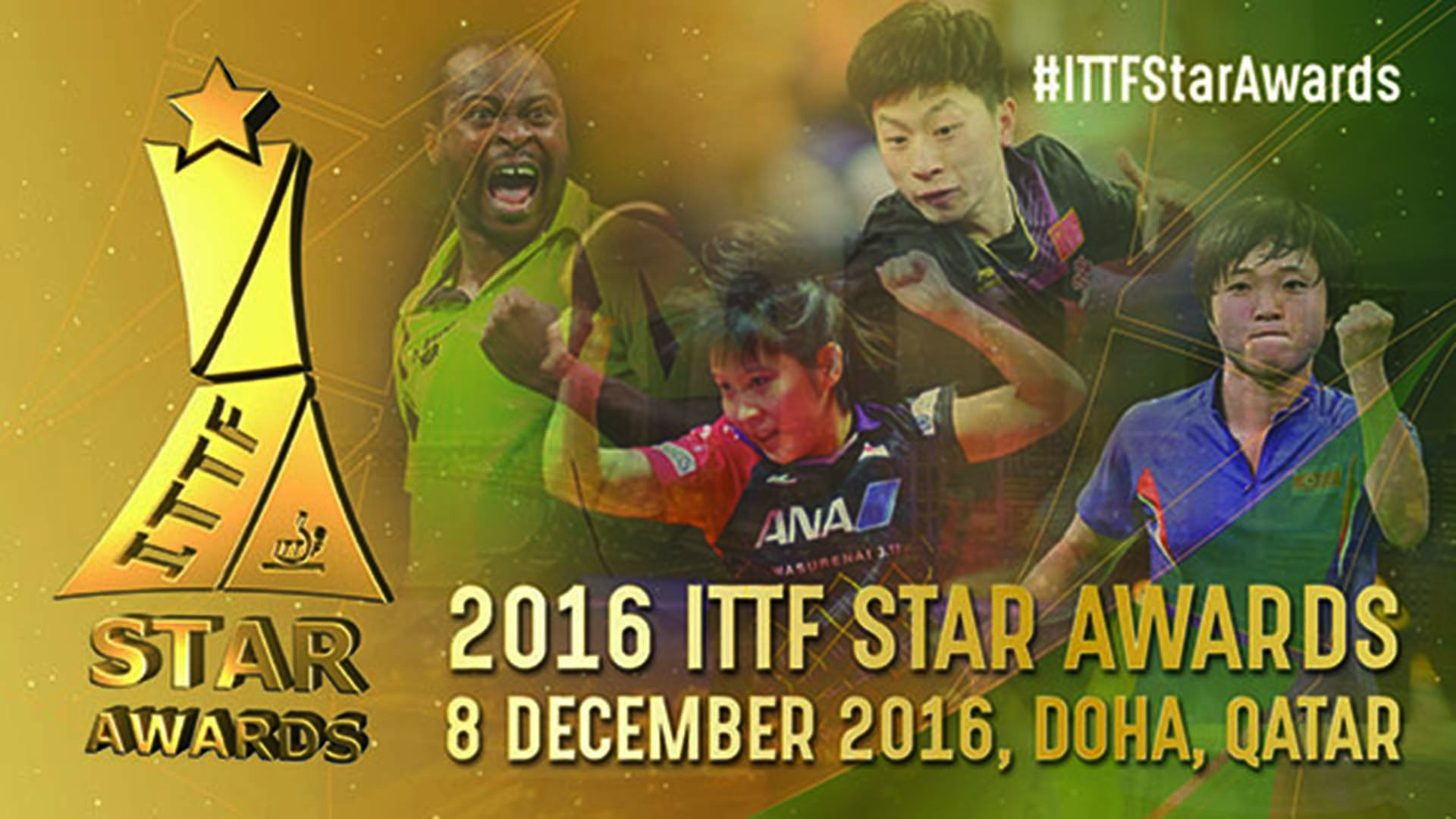 “On behalf of QTTA, I am excited to be hosting the celebrations for the world’s best table tennis players in Doha, Qatar. QTTA has very elaborate plans for the 2016 ITTF Star Awards and everyone in attendance and fans around the world watching on TV will surely enjoy the show we have planned to honour the most important people in our sport, the athlete’s and their achievements in 2016”. Khalil Al-Mohannadi, ITTF Deputy President and President of the Qatar Table Tennis Association

A whole spectrum of awards forms the itinerary with the nominations for the blue ribbon awards of Male Star and Female Star of the year being made by the ITTF Athletes Commission.

Quadri Aruna (Nigeria): First ever African to reach an Olympic Games Men’s Singles quarter-final; at no.25 on the Men’s World Rankings, the highest ever listed African

Nominations for Male Star of the Year

“It’s an honour to be nominated again this year; I am happy that table tennis has gained a lot of attention and popularity after the Olympic Games. I hope that this phenomenon will continue for our sport.” Ma Long

Nominations for Female Star of the Year presented by Nittaku

Nominations for Female Star of the Year

Nominations for Female Star Point of the Year presented by Seamaster

Exciting players and thus exciting play ensued with five nominations having been made for Star Point of the Year.

In the Star Point of the Year presented by Seamaster, the names of Ding Ning, Fan Zhendong and Jun Mizutani all appear as do those Japan’s Hina Hayata, Frenchman Simon Gauzy and Portugal’s Tiago Apolonia, their respective adversaries.

Likewise, the duel between England’s Sam Walker and Japan’s Yuya Oshima at the Perfect 2016 World Team Championships is on the list as is that between Korea’s Yang Haeun and China’s Hu Limei on the ITTF World Tour.

Nominations for Star Point of the Year

Additional to the Male and Female Table Tennis Stars, six other awards will be presented in Doha:

The nominees for these awards will be announced in the coming weeks.