Emmanuel LEBESSON has become the first Frenchman to become the men's singles European Champion since 1976, after clinching the title at the Liebherr 2016 ITTF-European Championships in Budapest, Hungary on Sunday 23 October 2016. 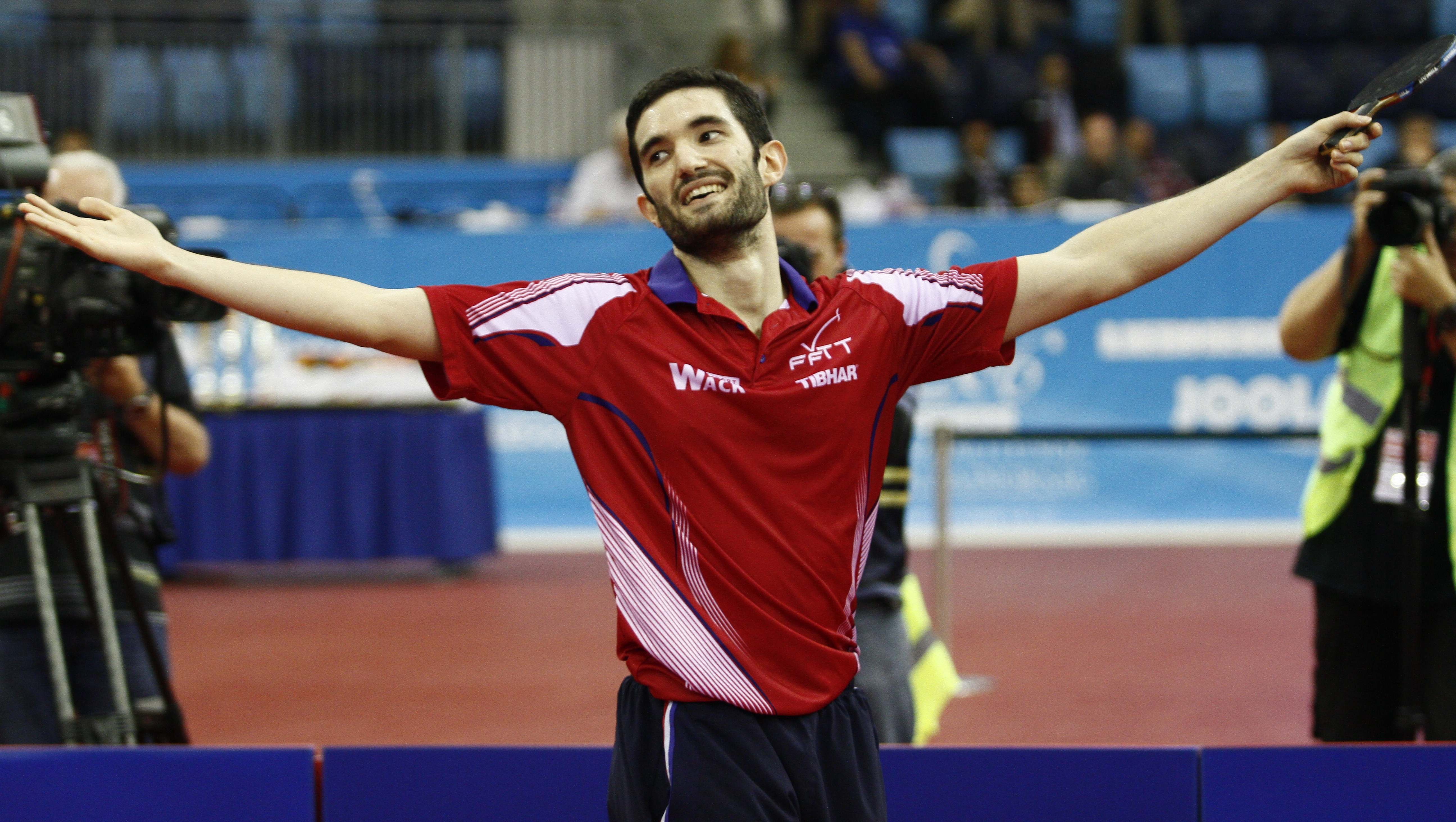 The number 14th seed was a rank outsider heading into the event, with no one expecting the 28-year-old to have a chance at the prestigious title. In another piece of history, LEBESSON played his teammate Simon GAUZY, which was the first time ever there was an all French final in Europe’s most elite tournament.

After his victory, LEBESSON stated: “I did not start the match very well and that is the last thing I wanted to happen, if you gave Simon the chance to lead, he will just increase the pressure. At the end of the opening game, I managed to win only one point on my service. Later Simon recovered, but I raised my game to higher level. From the third game I played the best table tennis of my life. It was incredible match!”

Now Emmanuel LEBESSON joins the illustrious list to become the second ever Frenchman to win the Men’s Singles title at a European Championships, while GAUZY becomes the country’s first ever silver medallist.

It was one of the most comprehensive performances in the history of the Women’s Singles event at an European Championships. The 27-year-old surrendered just five games on her way to the title, in addition to the one game lost in the final.

“I am happy the way I played today. I am not afraid any more of the penholders. I was very confident and I had a good feeling for the ball,” stated HU.

“We do not have much experiences, that is why we were little bit nervous in the final. To be honest, last time I played the final, it was in 2010. In addition DYJAS and GORAK played very well. It was hard to keep them under the control.” stated an ecstatic GROTH.

Somewhat surprise finalists, the German pair of Kristin SILBEREISEN and Sabine WINTER emerged as the winners of the Women’s Doubles event.

“I started this journey as Joao as my colleague in a meantime, when we faced great pressure he acted like my husband. The support helped.”, stated MONTEIRO-DODEAN.

All attention now turned to the 2016 ITTF-African Championships being held on 24-30 October 2016 in Aghadir, Morocco.