Organised under the auspices of the ITTF Development Programme, the visit concluded on Friday 16th September. Honiara, the capital city was the home for proceedings.

During the first phase, which had commenced on Saturday 14th May, Arif Khan had visited 30 schools and had introduced table tennis to boys and girls between the ages of eight and 12 years of age.

Notably, he had organised a training camp where he had been able to teach the basics of table tennis. Additionally, for potential coaches he had conducted an ITTF/PTT Level One Course. Notably 11 coaches had passed test. 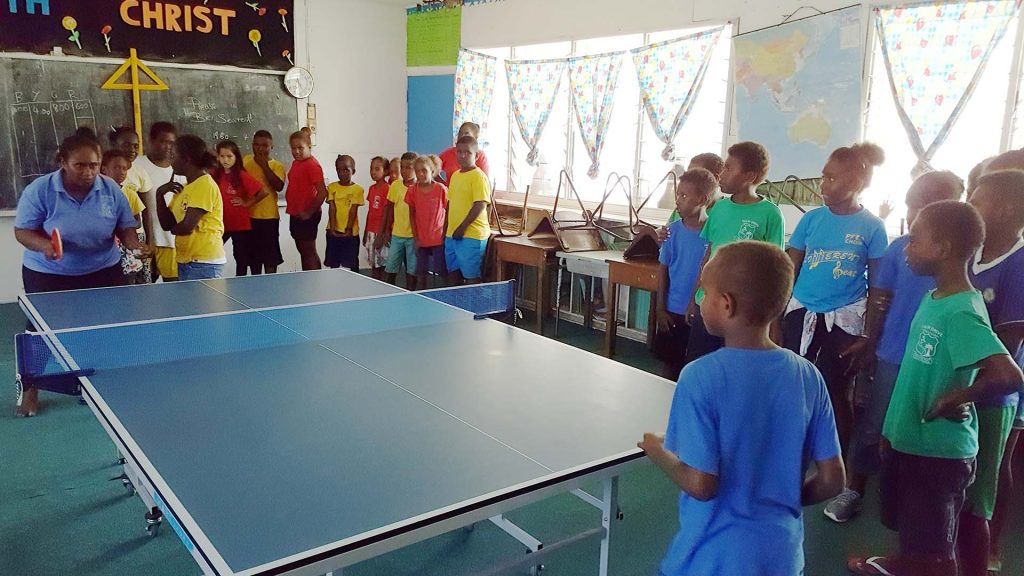 Coaching for young players was high on the agenda (Photo: courtesy of Arif Khan)

The second phase was to continue the good work.

“One of the things that I did in conjunction with the Solomon Islands Table Tennis Association in the first phase, was to create an understanding with those schools who were ready to co-operate with the development work”, explained Arif Khan.

In addition to introducing the sport to the pupils; the schools concerned each sent one teacher to attend the ITTF/PTT Level One Course.

“Furthermore, the Solomon Islands Table Tennis Association agreed to provide those schools with a table, rackets and balls so that the children could play table tennis and help the sport flourish”, added Arif Khan.

Aldrin Bekala, President of the Solomon Islands Table Tennis Association received some 40 new good quality tables from the government of Solomon Islands; the job was to organise the distribution of the tables.

“Mr. Aldrin and myself with the cooperation of the Solomon Islands Table Tennis Association co-ordinators Elwin and Victor and the National Coach Gary started delivering the tables”, said Arif Khan. “In just a few days we were able to deliver the equipment to most of the schools; other schools received the equipment later.” 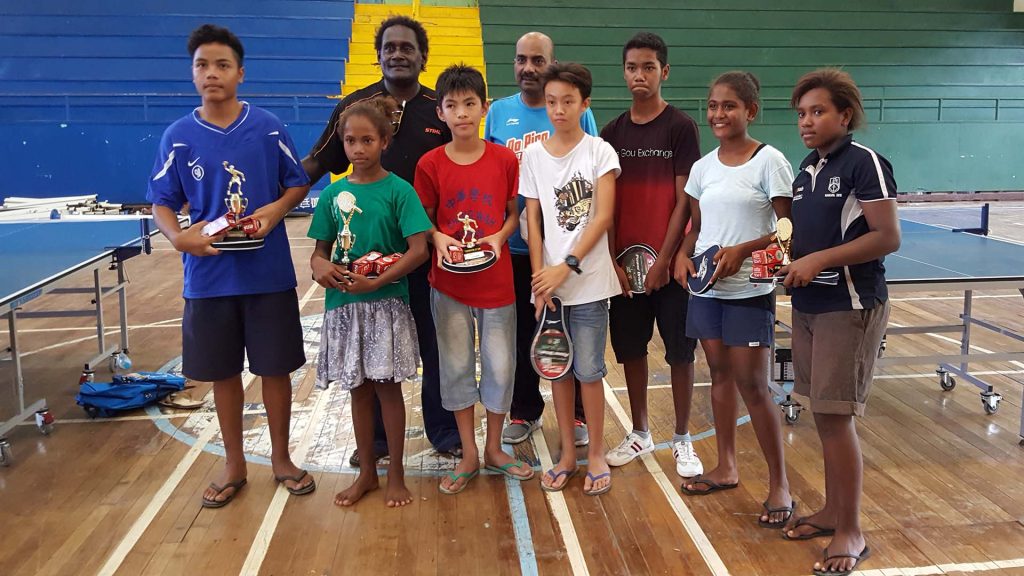 Alongside Aldrin Bekala and Arif Khan (back row) all smiles from the young players at the National Championships (Photo: courtesy of Arif Khan)

Equipment delivered, during the second week, Arif Khan visited the schools and was pleased with sights that unfolded before his eyes.

“The vibes were very positive, the teachers and principals of the schools were very happy to see the children playing; the children were very happy as now they could play table tennis on a daily basis”, continued Arif Khan. “I could not be more delighted; as many as 22 schools have received equipment; also, five provinces have been provided with tables, rackets and balls.”

Next from Tuesday 13th to Thursday 15th September, the Honiara Inter-Schools Team Championships for boys and girls under the age of 12 years was held; an event in which 20 schools participated. 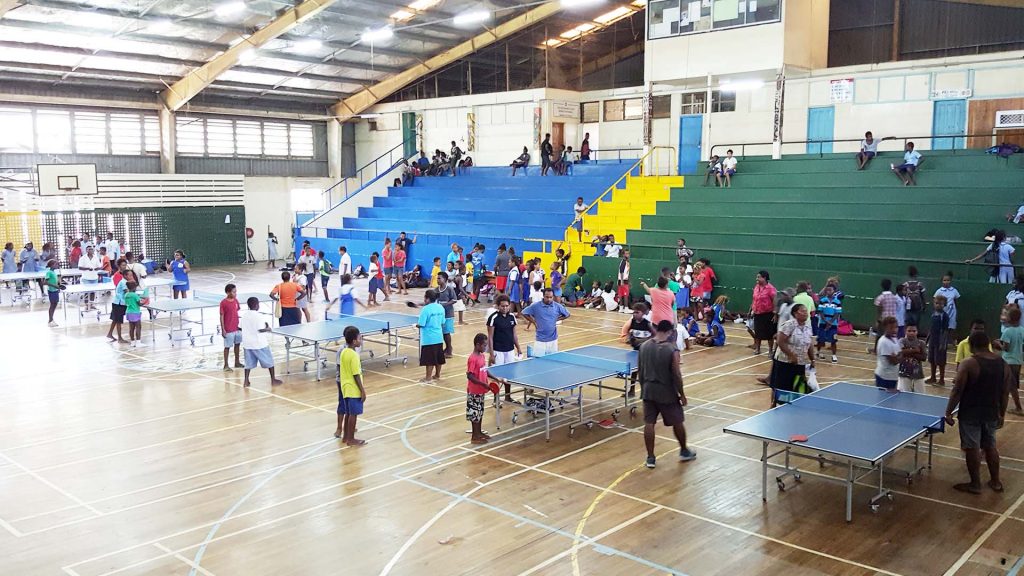 “Both the events were highly successful, as many as 150 boys and girls from about 26 schools participated, it has set the course for development of our sport in the right direction”, stressed Arif Khan. “Most of the coaches who had participated in the ITTF/PTT Level 1 Course were present and helped me organize both these events; they learned a great deal on how to organise events.”

“I participated in the disabled day programme which was organized by the Ministry of health”, explained Arif Khan. “Along with three coaches, we introduced the sport as well as helping the national disabled team players.” 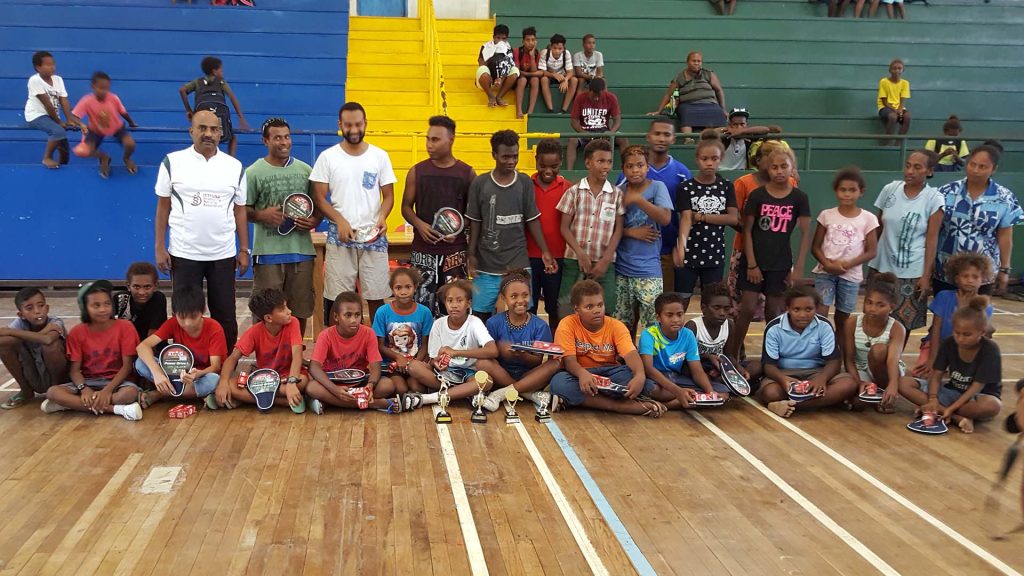 A full schedule and it proved a very rewarding experience for Arif Khan.

“Four of the eleven coaches who had passed the ITTF/PTT Level One Course practical test completed the 30 hours required to gain their awards; several others are very near to target”, said Arif Khan who was not only delighted with the progress that had been made; also he was more than pleased with the support he had received.”

“I would like thank Mr. Aldrin Bekala and my two colleagues Elwin and Victor, for their co-operation and support, without their efforts the course would not have been a success”, concluded Arif Khan. “Also, my thanks are extended to Madam Melinda, Secretary General of the Solomon Islands National Olympic Committee, for her co-operation and support.” 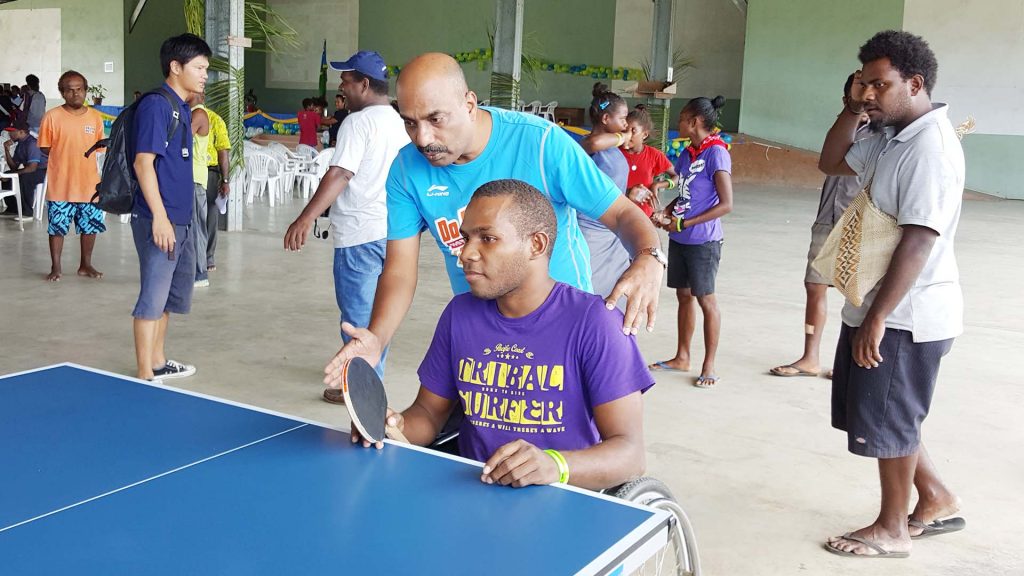