Texas Wesleyan University, owner of the premier university Table Tennis programme in the United States; one that has dominated the national college scene since its inception 15 years ago, hosted a recent ITTF/PTT Level One Coaches Course in Fort Worth, Texas.

A total of 22 participants attended, coming from various states including Texas, Maryland and Florida.

They were under the tutelage of Christian Lillieroos who was making a welcome return. He coached the Texas Wesleyan Team from 2001 to 2006.

“The National Collegiate Table Tennis Association (NCTTA) is moving towards having all their coaches certified”, explained Christian Lillieroos. “Notably the NCTTA Coaching chairman, Allan Chu attended the course; also present were the head coach and assistant coaches from the Texas Wesleyan Table Tennis Programme Jasna Rather and Keith Evans.” 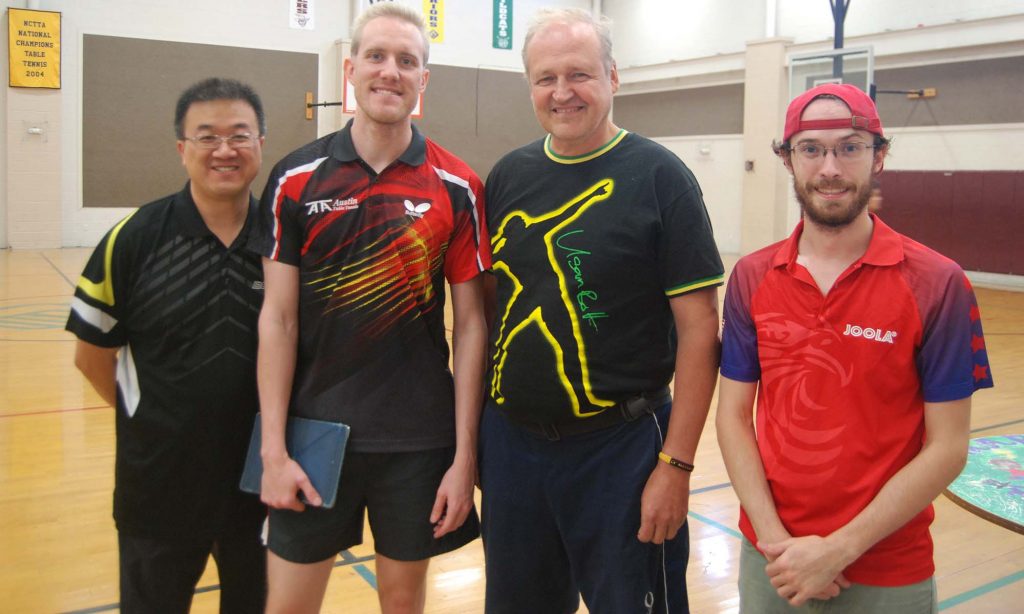 “Morning lectures took place in Texas Wesleyan classrooms, the practical part in afternoons at the boys and girls club which is the secondary location for training of the Texas Wesleyan table tennis team”, continued Christian Lillieroos. “The group of participants included coaches with not so much playing experience to athletes who had represented national teams.”

A gap in experience but there was unanimity in the group.

“Coaches worked well with each other and were eager to learn more about table tennis, from basic rules to the practical part of the course”, added Christian Lillieroos. “The five day ITTF/PTT Level One is a very comprehensive course that has become very popular in the United States; now the United States has 206 ITTF certified coaches, it has the second highest number of ITTF certified coaches in the world after Egypt.” 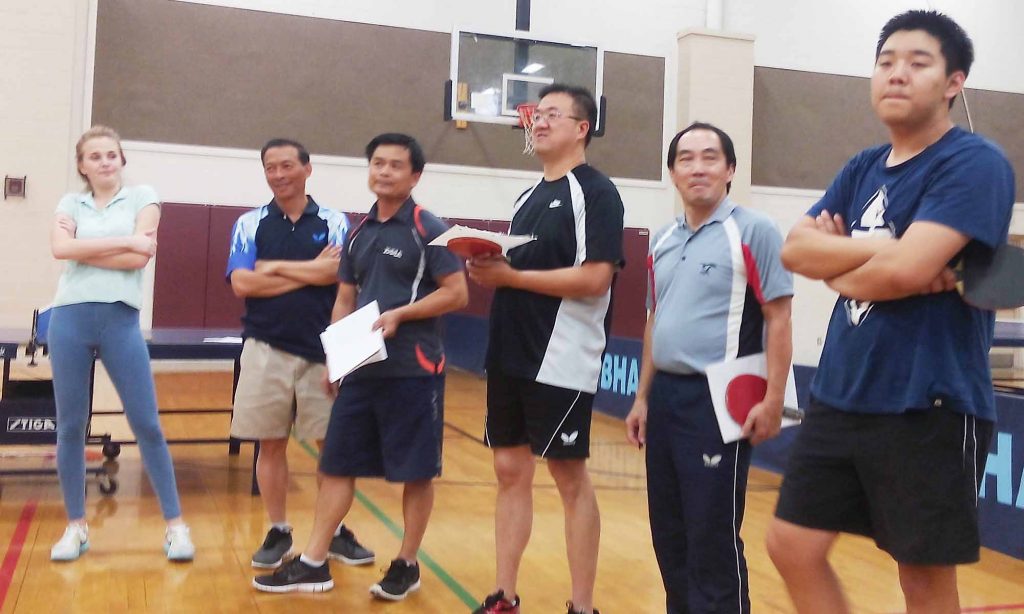 Listening and learning, an attentive group in Fort Worth (Photo courtesy of Christian Lillieroos)

It a quite staggering number when taken into consideration the short time period.

“The programme started only six years ago when Glenn Tepper came over and took the Level One Course and a Course Conductor Course, on the initiative from Richard McAfee, one of the most experienced course conductors in the world”, said Christian Lillieroos. “The programme has exploded from there; the formula, with almost exclusively self-funded courses, has been a true success.” 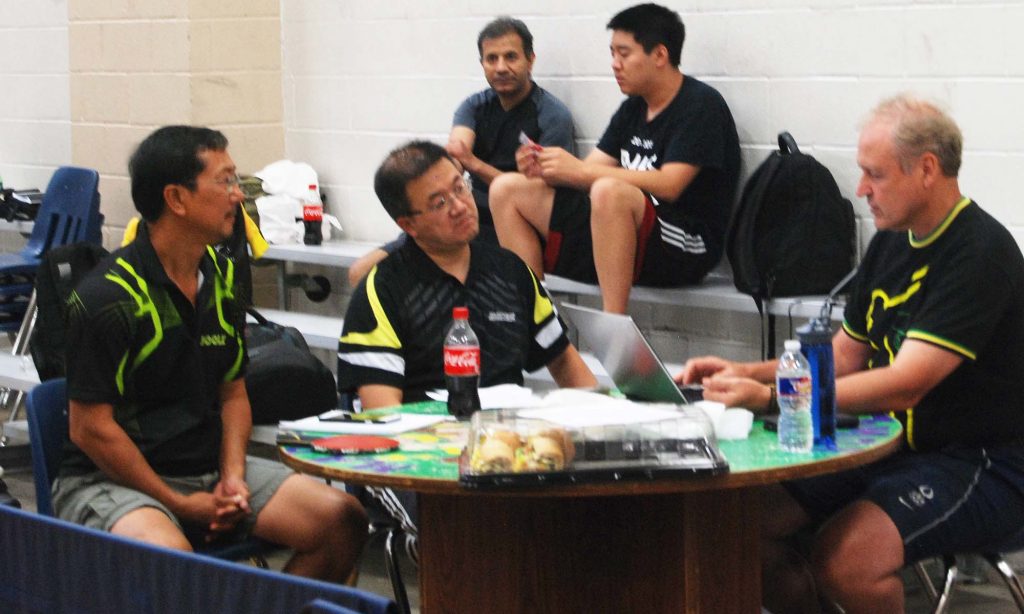 Success and on the course there were some very successful students.

“The Texas Wesleyan University Table Tennis Programme is spearheaded by Jasna Rather, who also was the organizer of this course and was one of the participants that had a perfect score in the practical test”, explained Christian Lillieroos. “The course was excellently organized with extra snacks provided at each break with excellent facilities; the programme has 28 members on their varsity and junior varsity male and female teams.”

A perfect score from Jasna Reed, it was the same from one other member of the group.

“David Livings, the Team Manager at Texas Wesleyan and Cole Ryberg an NCTTA coach from Austin Texas also made a perfect score on the test”, stressed Christian Lillieroos. “It was an impressive group of coaches who did very well in the course.” 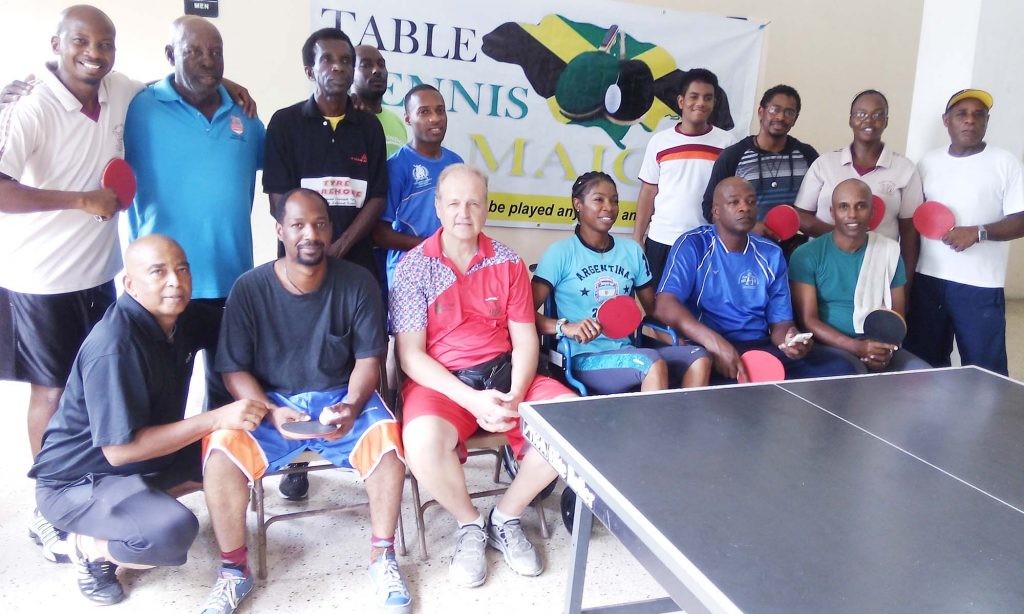 An impressive group and there was a most enthusiastic response; as in all such courses one element shone brightly.

“The most appreciated feature of the course was the Para Table Tennis day were multi Paralympian Pam Fontaine, who will participate in the Paralympic Games in Rio soon, helped to give extra pointers in how to coach Para athletes”, explained Christian Lillieroos.

Pam Fontaine is a Class 3 player, who at the 2009 Pan American Games won the Women’s Singles Class 1-3 gold medal; additionally, she has competed in Wheelchair Basketball. Also, she is also a professor at the University. 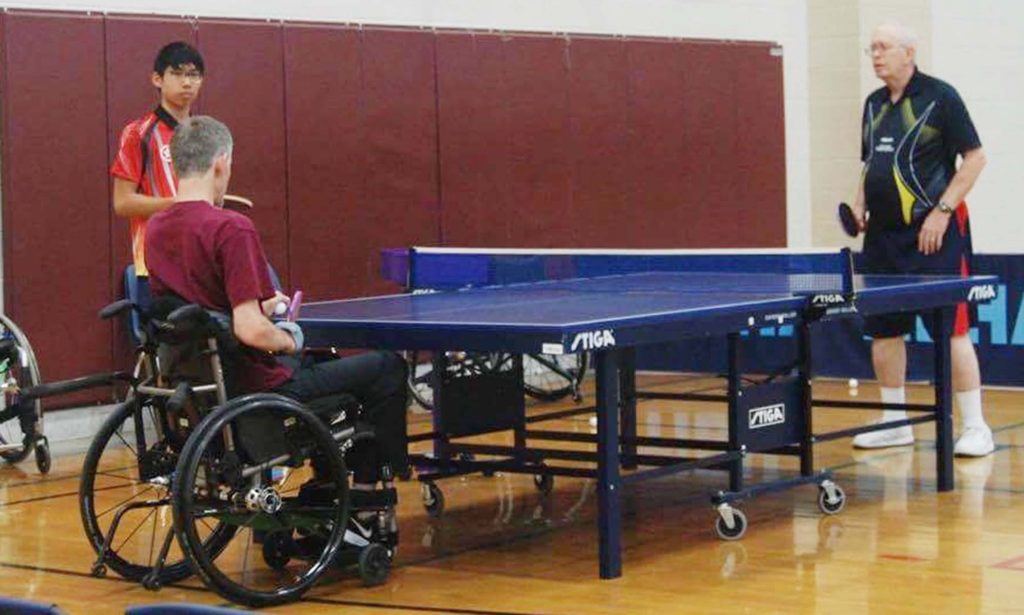 The Para element, as always, was a high point (Photo courtesy of Christian Lillieroos)

“Furthermore, Jim Secrest a Class Two athlete and for many years a United States national team member was also present and gave added value to the teachings of Para athletes for the coaches”, stressed Christian Lillieroos. “Jasna Rather the USA Paralympic Manager and Keith Evans the National Coach for the USA Paralympic Team added to the occasion, so it was a very knowledgeable Para Table Tennis field.”

A most well-informed group who met in the premises of a splendid host. 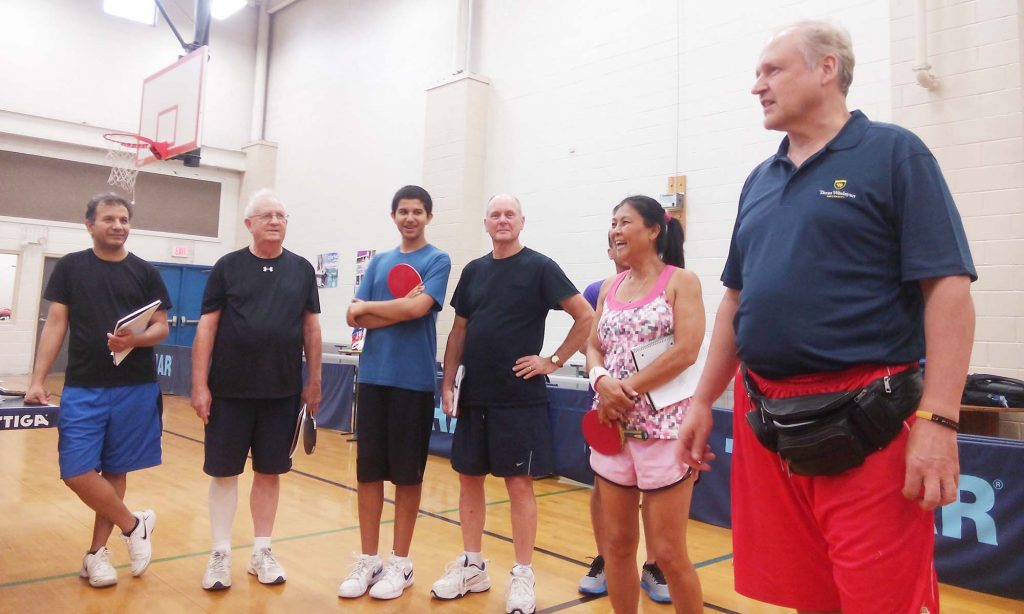 “The Texas Wesleyan showed great hosting abilities and expressed interested in hosting future ITTF coaching courses”, concluded Christian Lillieroos. “Participants enjoyed their time and are ready to work on practical hours in order to gain their certificate; everyone was eager to attend a future ITTF Level Two Course.”

An ITTF Level Two Course is planned for the summer of 2017. 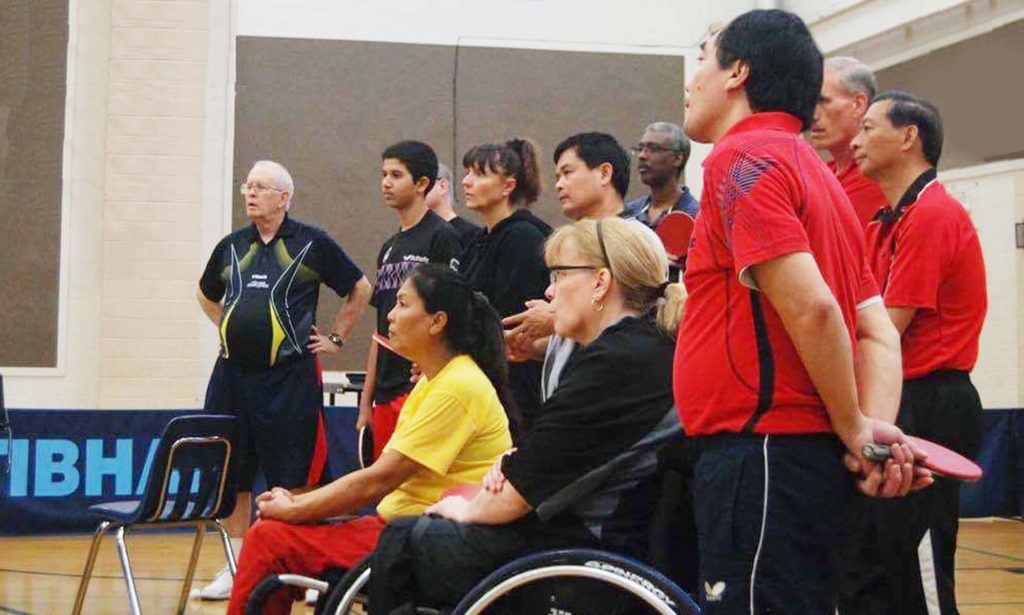