Both emerged as somewhat surprise winners; Liao Cheng-Ting started proceedings as the no.3 seed; Saki Shibata as the no.7 seed.

“I’m very happy because it has been more than two years since I had a result like this and in this period there have been injuries, it has been mentally very hard to work and there have been moments I didn’t believe in myself anymore. Now I think I can improve more and more; this is what I want to show in this tournament. Playing against a higher rated player was hard because in those two years I didn’t have the chance to play against such players. So it was hard; mentally, I was very fresh and I worked hard for the win, I am happy.” Enzo Angles after beating Mizuki Oikawa.

The win recorded by Liao Cheng-Ting means that Chinese Taipei has now won an ITTF World Tour Men’s Singles title on 14 occasions; Liao Cheng-Ting becomes the eighth player from the national association to achieve the feat.

Now the challenge is as to whether he can become the most successful ever from Chinese Taipei in the event; if that is the happen he must press the accelerator, he has just one more year left in the age group.

The most successful player of all in ITTF World Tour Under 21 Men’s Singles events is Chen Chien-An; between January 2011 and December 2012 he won four times.

“I enjoyed the tournament. It is my first time in Bulgaria. I felt crazy after my win at the final. It was very hard to win. Everyone I played against was very hard to beat; they were very good. It wasn’t easy.” Liao Cheng-Ting after beating Enzo Angles.

A new name on the ITTF World Tour Under 21 Men’s Singles roll of honour, it is the same for the women; it is a first for Saki Shibata.

She becomes the 23rd Japanese player to achieve the feat; overall it is the 65th time a player from Japan has won an ITTF World Tour Under 21 Women’s Singles title.

However, if Saki Shibata, who celebrated her 19th birthday on Thursday 25th August, is match the most successful Japanese player ever in the age group she will have to perform nothing short of miracles. Between January 2010 and December 2012, Kasumi Ishikawa won no less than ten times. It is a record which no player of any nationality can match. 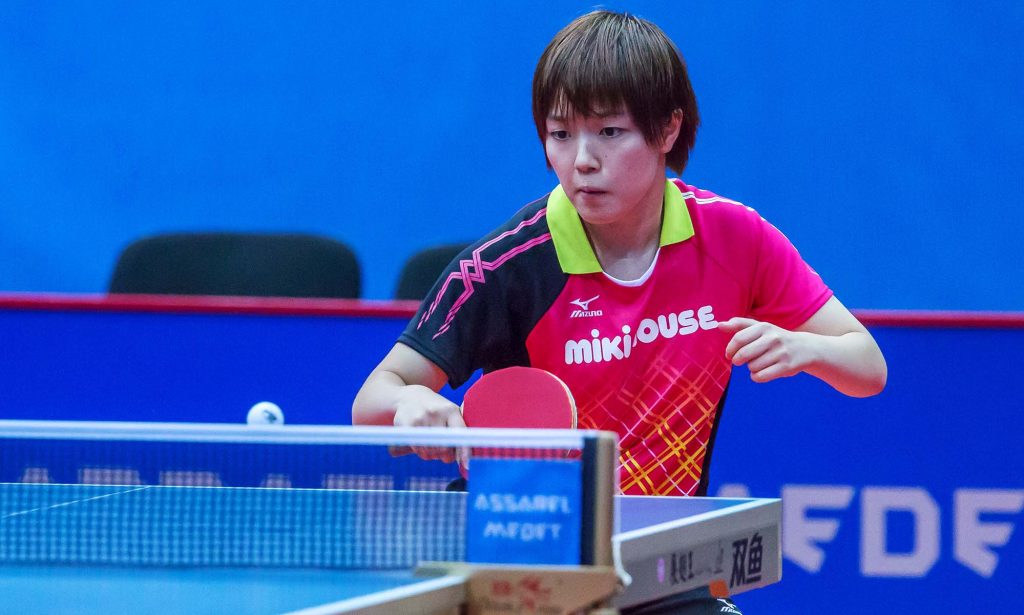 Saki Shibata, the winner of the Under 21 Women’s Singles title