The International Table Tennis Federation (ITTF) is excited to announce the 12 cities that will host the new and improved 2017 ITTF World Tour events. 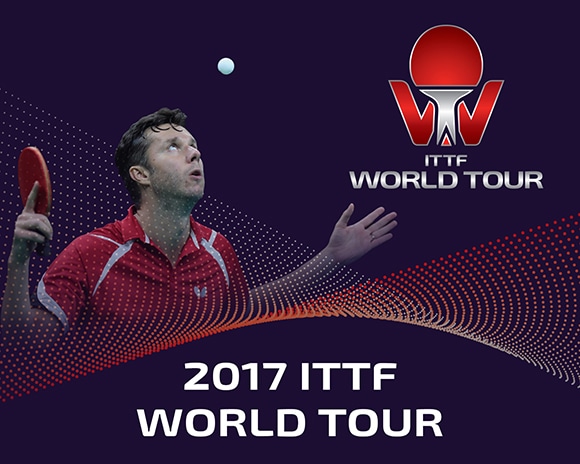 The revamped ITTF World Tour will have a new logo, new branding and a new structure to better promote table tennis globally.

On the announcement, ITTF Marketing Director Steve Dainton stated: “In 2016, we have worked hard to look at ways to push the World Tour product forward, with new partners and new conditions, the desire to host events has dramatically increased and we are so pleased to see conditions such as prize money increasing as well. We will now push forward to ensure events can grow both in terms of popularity and commercially so that over time we can showcase international table tennis more regularly throughout the year.”

There was an unprecedented amount of bids to be a part of the new ITTF World Tour, with the result being a higher prize money pool for all players.

The six ITTF World Tour Platinum events will have higher prize money, and be of a higher level organisation, which will ensure the attendance of the world’s best players, resulting in more international exposure for the hosts.

The six cities that have won the right to host a 2017 ITTF World Tour Platinum event are:

The 12 events all offer World Tour Standings points, which will be used to determine the top 16 players that qualify for the World Tour Grand Finals, to be held from 14-17 December 2017 in a location to be determined.

Bidding for the 2018 ITTF World Tour will open in November, so stay tuned for more information.