We take a look at how far the young Japanese star has come since announcing herself on the Table Tennis world stage.

Mima Ito didn’t take long to break her first record, becoming the youngest player to take a Cadet Singles crown on the ITTF Junior Circuit when she won the Cadet Singles title at the 2011 Korean Junior and Cadet Open at the age of 10.

Less than a month later, Ito added the honour of being the youngest ever Junior Singles winner with her success over Ng Ka Yee (Hong Kong) in the Junior final of the Chinese Taipei Junior and Cadet Open; she also achieved the Cadet title at the same tournament.

Ito is also an impressive doubles player- she and her fellow compatriot Miu Hirano emerged as the youngest victors of an ITTF World Tour doubles competition at the 2014 German Open with both players both aged 13 at the time.

The Japanese duo then went on to become the youngest winners of an ITTF World Tour Grand Finals in 2014, when they beat Feng Tianwei and Yu Mengyu on the way to the Women’s Doubles title.

Another Women’s Doubles gold followed for Ito and Hirano at the 2015 German Open but it was in the Women’s Singles competition where Ito caught the world’s attention- she broke the record for the youngest ever World Tour Singles champion after a seventh game triumph against German player Petrissa Solja in the final.

Mima Ito capped off a fantastic year by being named the ITTF’s Breakthrough player at the 2015 ITTF Star Awards.

Japan announced in September 2015 that Mima Ito would be selected for the 2016 Olympic Games in Rio de Janeiro. Ito wasn’t chosen to represent her country in the Women’s Singles tournament with that honour falling to Kasumi Ishikawa and Ai Fukuhara, but the 15-year-old from Shizuoka Prefecture in Japan did appear in the Women’s Team event where she would go on to break an Olympic record on her debut.

The bronze medal match saw Japan take on Singapore for the last step on the podium. With the score at 2-1 in her team’s favour, Mima Ito (ranked 9th) had the opportunity to seal the match but required an unlikely victory over the world number four Feng Tianwei.

Feng had won the 2010 World Team Championships with Singapore, the London 2012 Women’s Singles bronze and the 2015 Asian Cup and so carried expectations with her into the Rio 2016 tie. But Ito stunned her opponent to win 3-0, giving Japan the bronze medal and becoming the youngest ever Olympic Table Tennis medal holder aged exactly 15 years and 300 days. 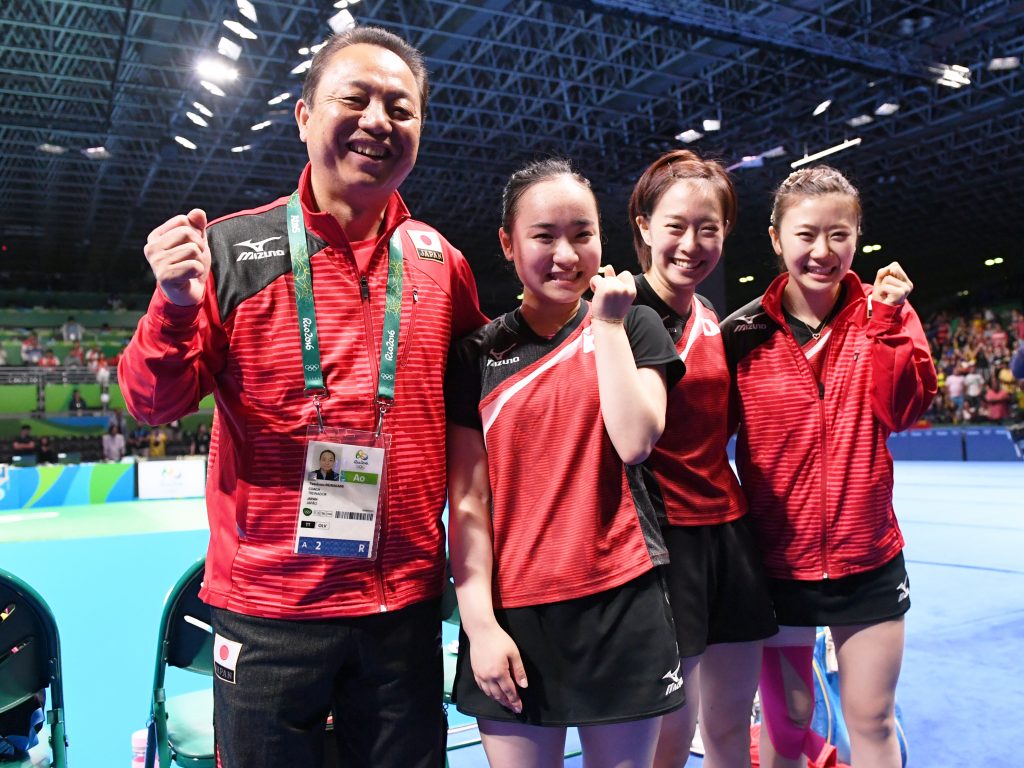 “I am just happy to win the medal. Before I played Fukuhara and Ishikawa played well. It was because all of us that we got this medal, not just my performance… I am looking forward to getting home and showing my medal to my family and supporters.” – Mima Ito.

So yet another bit of history made by Mima Ito and she’s still only 15 years old. Just how far can this Japanese superstar continue to rise in the world of Table Tennis?