Quarterfinals action has begun at the Rio 2016 Olympic Games table tennis event in Riocentro Pavilion 3, with the top 8 fighting for Semifinals places to continue their quest for Olympic glory. 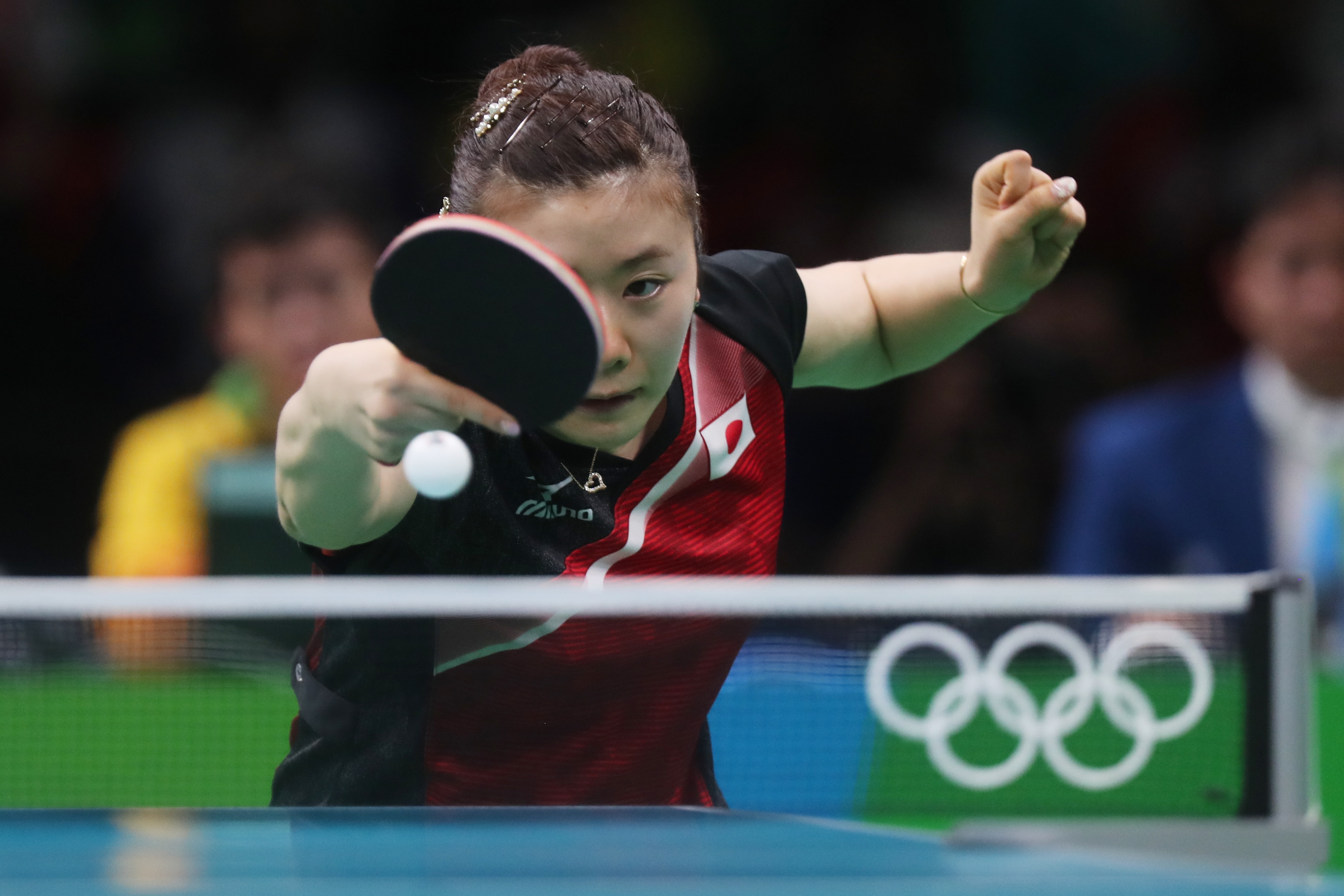 The Japanese sensation, who has not dropped a single game throughout her impressive run in Rio, gave no chance to the 2010 World Team Champion to fight back, prevailing 14-12, 11-8, 11-7, 11-5 to reach the women’s singles semifinals.

This victory was a major breakthrough for FUKUHARA as her previous best Olympic Singles results was the quarterfinals in London, where she lost to top seeded DING Ning (CHN).

“I still feel like I’m in a dream,” shared FUKUAHRA after her epic victory. “It’s the Olympic Games, upsets are normal. FENG is much stronger than me in terms of skills, I would be happy to win half of our encounters. But Olympics is such a big match for me, I have to go all out to play her. And that is the only thought I had in the match.”

Ranked 50th in the world, the fearless KIM has been unstoppable on her Olympic debut in Rio, knocking out higher ranked players, including world number six Kasumi ISHIKAWA (JPN).

“It is a great honor to play here and with the world’s best players,” added the 21-year-old.

The remaining two semifinals places went to China, with Defending Champion LI Xiaoxia, and reigning World Champion cruising past their opponents to reach top 4 of the Women’s Singles event.

“I didn’t expect to win so easily against her. In her match yesterday, she was leading 3-0, and won 4-3, so I think she’s in good form in Rio, and I was ready to play full 7 games with her,” said LI after the match. “It may seem easy that I won all my three matches 4-0, but I was in fact nervous during my preparations and trainings for my all my matches. It could be because of the tense atmosphere, so I can’t let my guards down in my preparations.”

DING commented, “Playing against defenders is very taxing on the stamina. My arms are really sore right now. I have been trying to be on top of the game to play aggressively. My strokes against defending style is not “lethal”, so I was prepared for long rallies in the match against her.”

About her semifinals match against KIM, who is a defender, DING shared “Defenders are tougher to deal with, as it uses a lot of energy to play them. KIM is excellent form here. I expect that she will be in full form to play her best game against me. I’m prepared for it and I’ll do my best as well.”