A five day ITTF/PTT Level One Coach Education Course concluded Saturday 23rd July in the South American country of Paraguay, the initiative being part of a Developing a National Sport Structure Course, supported by Olympic Solidarity and organised under the auspices of the ITTF Development Programme. 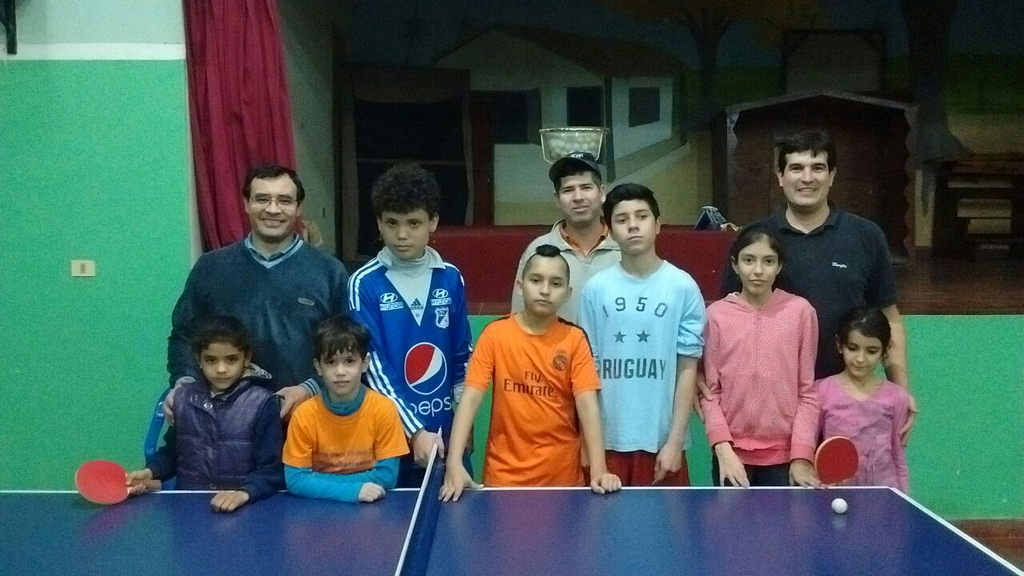 Successful, the next step for El Salvador’s Carlos Esnard, the expert on duty, was to organise a series of meetings designed to formulate a solid foundation for progress.

Meetings were held with members of the local associations Villarrica, Coronel Oviedo, Caacupé and Encarnación.

Most notably Carlos Esnard was able to meet Dr. Eladio González Torres, the Mayor of Coronel Oviedo; a city is some 93 miles (150 kilometres) from Asuncion.

Thanks to efforts in particular of Teresa Ortiz, the local Secretary for Sport, there is a definite passion for table tennis; most pertinently, the city possesses a full time venue that host five tables.

A positive reaction in Coronel Oviedo; it was the very same in Encarnación where Carlos Esnard met three members of the local association in the guise of Luis Go, Nelson Dominguez and Emilio Arrúa.

All are determined to promote table tennis in the area.
The trio expressed the wish to host an international event for players of all ages; staging the South American Championships is a possible option.
Furthermore, the group is not letting the grass grow under their feet.
They hope to have a budget in place during early August and certainly they seize every opportunity.
Carlos Esnard was the subject of an interview organised by Alberto Vazquez, the Programme Director of Radio and TV Encarnacion.

Positive moves in Coronel Oviedo and in Encarnación; it is the same in the capital city where “Asunción Sport” is the project promoting table tennis.
The group is being led by Ricardo Apud and Marcelo Barboza from the local association alongside Dr. Ivan Aliende, Director General of the Social Department of the Municipality of Asuncion and Tomas Orbe, Head of Sport for the Municipality of Asuncion. The aim, as in Coronel Oviedo and in Encarnación, is to involve players of all ages in the sport of table tennis.

Overall the itinerary is organised in three distinct parts; the first part having taken place from Friday 20th to Monday 30th May.
Now, the second part which commenced on Tuesday 19th July has come to a conclusion; the last topics to be considered being addressed on Sunday 31st July.

The third element will commence on Thursday 20th October; a major aspect of the visit will be an ITTF/PTT Level One Coach Education Course to be organised in Encarnación Friday 21st to Wednesday 26th October to cover the entire Department of Itapuá.
Overall, the schedule will end on Sunday 30th October.