Para table tennis is the third largest Paralympic sport in terms of athlete numbers and is practiced in more than 100 countries. In Rio de Janeiro there will be singles and team events for both men and women, with standing, wheelchair and intellectual impairment classifications. 269 athletes are participating in 29 medal events from 8 September until 17 September.

Down below are ten players to watch over the 11 classes during the Paralympic Games in Rio. More information about the players competing in the Paralympics can also be found on our ITTF para table tennis website: www.ipttc.org 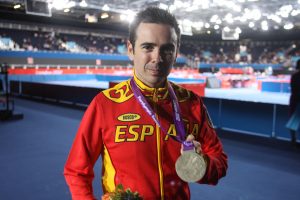 Alvaro Valera
Country: Spain
Age: 33
World Ranking: 1
Class: 6
Career Highlights: 2015 European Champion Singles Class 6
Interesting Story: Alvaro Valera has been a constant at the top in international competitions, holding gold medals from all major competitions. However at the Rio Paralympics he will go for his first gold since Sydney 2000. The year 2014 was one of Valera’s most successful, winning the world title, overcoming Denmark’s Peter Rosenmeier in the final, and also claimed gold in the men’s team event. These results earned him an ITTF Male Para Star Award. 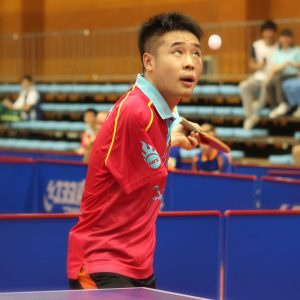 Lin Ma
Country: China
Age: 26
World Ranking: 1
Class: 9
Career Highlights: 2014 World Champion Singles Class 9
Interesting Story: Lin Ma is one of the greatest para table tennis players of all time. He started playing when he was just six years old has and does not seem to slow down as he goes for his third straight Paralympic singles title at Rio 2016. Having won the men’s class 9 singles world title in 2014 and then the Asian title in 2015, Ma remains the No. 1 player in the world in his class. In fact, he has been ranked in the top five in the world in class 9 for a number of years. 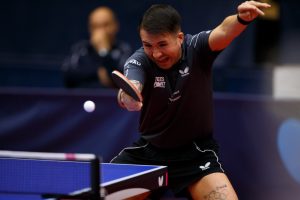 Will Bayley
Country: Great Britain
Age: 28
World Ranking: 1
Class: 7
Career Highlights: 2014 World Champion Singles Class 7
Interesting Story: The No. 1 ranked men’s class 7 player will go for his first Paralympic title in Brazil. At just seven years old, he survived cancer. It was whilst recovering that Bayley found his love for the sport after his grandmother presented him with a table tennis table. One of his superstitions includes wearing the same T-shirt until he loses a match and drinking half a can of energy drink before he competes. 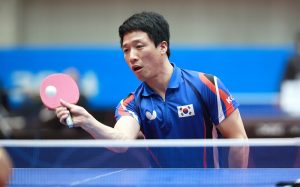 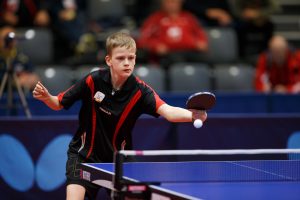 Laurens Devos
Country: Belgium
Age: 16
World Ranking: 2
Class: 9
Career Highlights: 2015 European Champion Singles Class 9
Interesting Story: The young Belgian is making his debut at the Rio 2016 Paralympics. Ranked second after China’s Lin Ma the 2015 European Champion will be looking for a medal on his debut in the Brazilian capital. Laurens, who started with horse riding and later under the influence of his siblings switched to table tennis, is the younger brother of Belgium’s number one table tennis player Robin Devos. 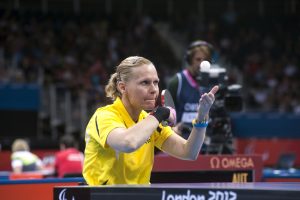 Anna Carin-Alhquist
Country: Sweden
Age: 44
World Ranking: 1
Class: 3
Career Highlights: 2012 Paralympic Champion Singles Class 3
Interesting Story: Carin-Ahlquist will try to defend her Paralympic singles title in the women’s class 3. She won her third straight European title last year in Vejle, Denmark. But the Swedish athlete will have to overcome tough competition from China, notably the reigning World Champion Qian Li. Ahlquist was diagnosed with Multiple Sclerosis in the early 2000s. She credits her strong backhand and tactics as the keys to her success. 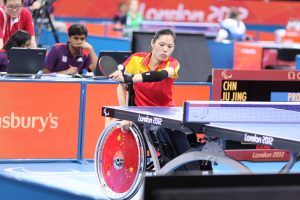 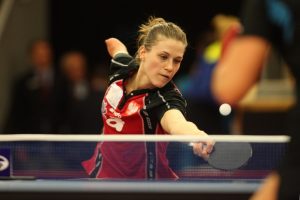 Natalia Partyka
Country: Poland
Age: 27
World Ranking: 2
Class: 10
Career Highlights: 2014 World Champion Singles Class 10
Interesting Story: Natalia Partyka is one of the most recognised para table tennis players on the international scene. Born without a right hand and forearm, the 27-year-old has competed two times in both Olympic and Paralympic Games (Beijing 2008, London 2012) and she will repeat this stunt in Rio. The Polish star captured the 2014 World Championship title in singles and added the European title to her resume in 2015. Partyka was 11 years old when she participated at the Paralympic Games in Sydney 2000. She became then the youngest player to compete at the Paralympics. 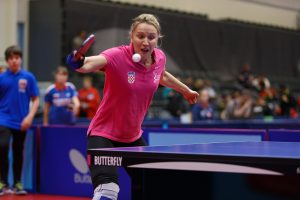 Sandra Paovic
Country: Croatia
Age: 33
World Ranking: 1
Class: 6
Career Highlights: 2014 World Champion Singles Class 6
Interesting Story: Paovic was a member of the Croatian women’s national table tennis team for eight World Championships, represented Croatia at the 2008 Olympic Games and entered the top 50 players in the world. Her career in the able-bodied side was cut short on 30 January 2009, by a life threatening car accident en route to the airport in Paris following a match. She suffered a severe cervical spinal injury leaving her with limited use of her legs. Holding European and World championship gold medals, Paovic is aiming to add her first Paralympic title. 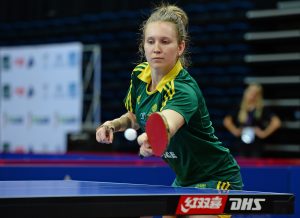 Melissa Tapper
Country: Australia
Age: 26
World Ranking: 4
Class: 10
Career Highlights: 2014 World Championships Bronze Singles Class 10
Interesting Story: Melissa Tapper will be the first Australian athlete to compete in both the Olympic and Paralympic Games. She has a brachial plexus which resulted in Erb’s palsy, causing paralysis in her right hand. At the 2014 World Para table tennis championships in Beijing (China) she won a bronze medal in the singles class 10 category. It was Australia’s first ever medal at the championships. Having studied Exercise Science, Melissa is passionate about keeping fit but also loves to indulge in the occasional piece of chocolate.