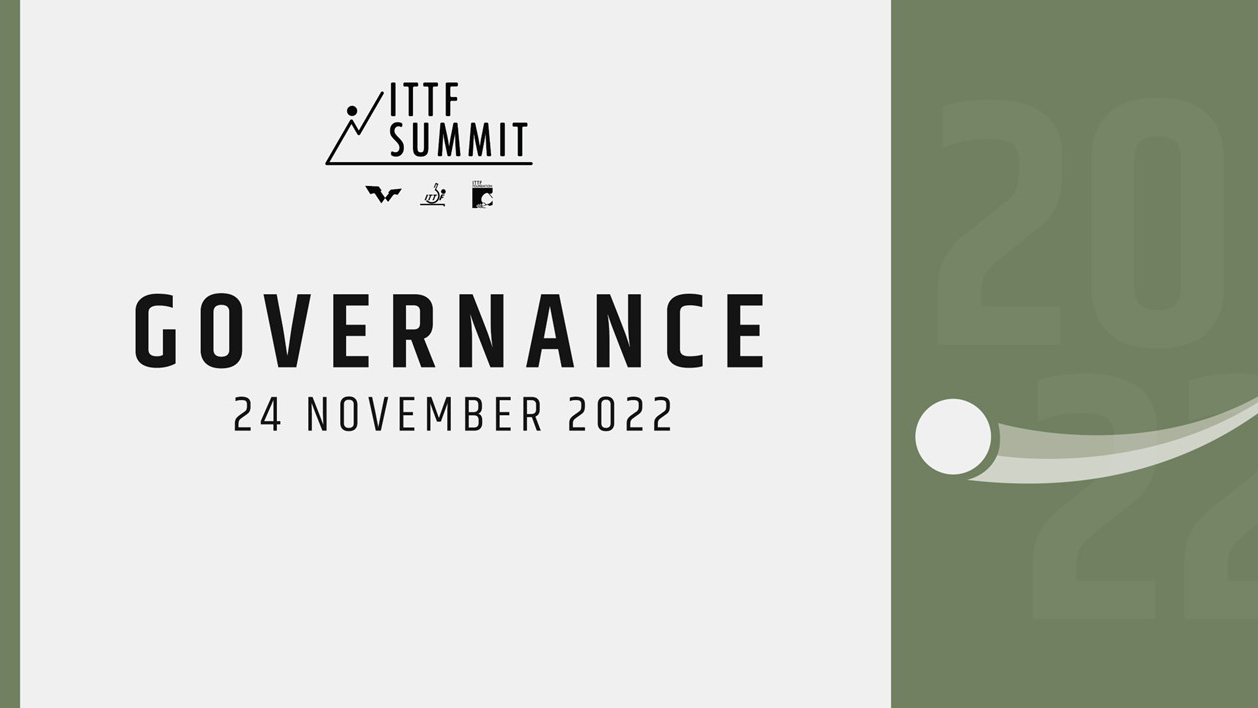 Amman, the capital city of Jordan, will host the Board of Directors meeting on Sunday 4th December and the Annual General Meeting on Tuesday 6th December, as part of the first-ever ITTF Summit.

Intense preparation has been the order of the day, the support afforded by all concerned recognised by Wahid Oshodi.

“It was just a year ago we met in Houston, after a few months I was assigned responsibility for the portfolio of Governance; as a lawyer always I have worked in this area. Over the last few months, I have been leading the Governance Review Working Group, I am glad that we can count on a very committed group that has served with me.” Wahid Oshodi

Rudi Sporrer expressed his gratitude for the fact that amendments proposed by the ITTF Rules Committee had been taken into consideration, most appreciative of the efforts that had been made.

“From the Rules Committee’s point of view, I am pleased that the complex content of today’s Propositions and Resolutions could be explained in a structured and comprehensible manner. Highlighting the revised ITTF Constitution, I am convinced that after months of concentrated efforts, we finally have a modern government base of our Federation.” Rudi Sporrer

Key changes, making sure that everything is in good order; such was theme from Dylan Mah.

“The technical purpose is to improve the clarity and consistency of our Handbook, to align with modern international practices.” Dylan Mah.

In a similar vein, such matters were considered with regards to updating terms involving official bodies, phrases in regular use, reviewing propositions, paying attention to any gaps in the Constitution, as well checking any written language issues.

Throughout the theme was very much focused on “General Definitions and Interpretation of Rules”, taking into account within the Constitution, definitions, rule interpretations, the rights, roles and obligations of the ITTF Foundation, World Table Tennis, Continental Federations and Member Associations.

Equally, items considering the ITTF Tribunal were in the agenda as was the subject of clean sport, a somewhat new phrase, identified by Kevin Carpenter.

“Being the first time the ITTF Integrity Unit has put forward propositions to the AGM and Board of Directors, its focus was on evolving the integrity function within the ITTF Group by clarifying some of the substantive and procedural provisions in the relevant regulations in areas including anti-doping, ethics and safe sport. The Unit looks forward to meeting representatives from member associations in person for the first time at the upcoming Summit.” Kevin Carpenter