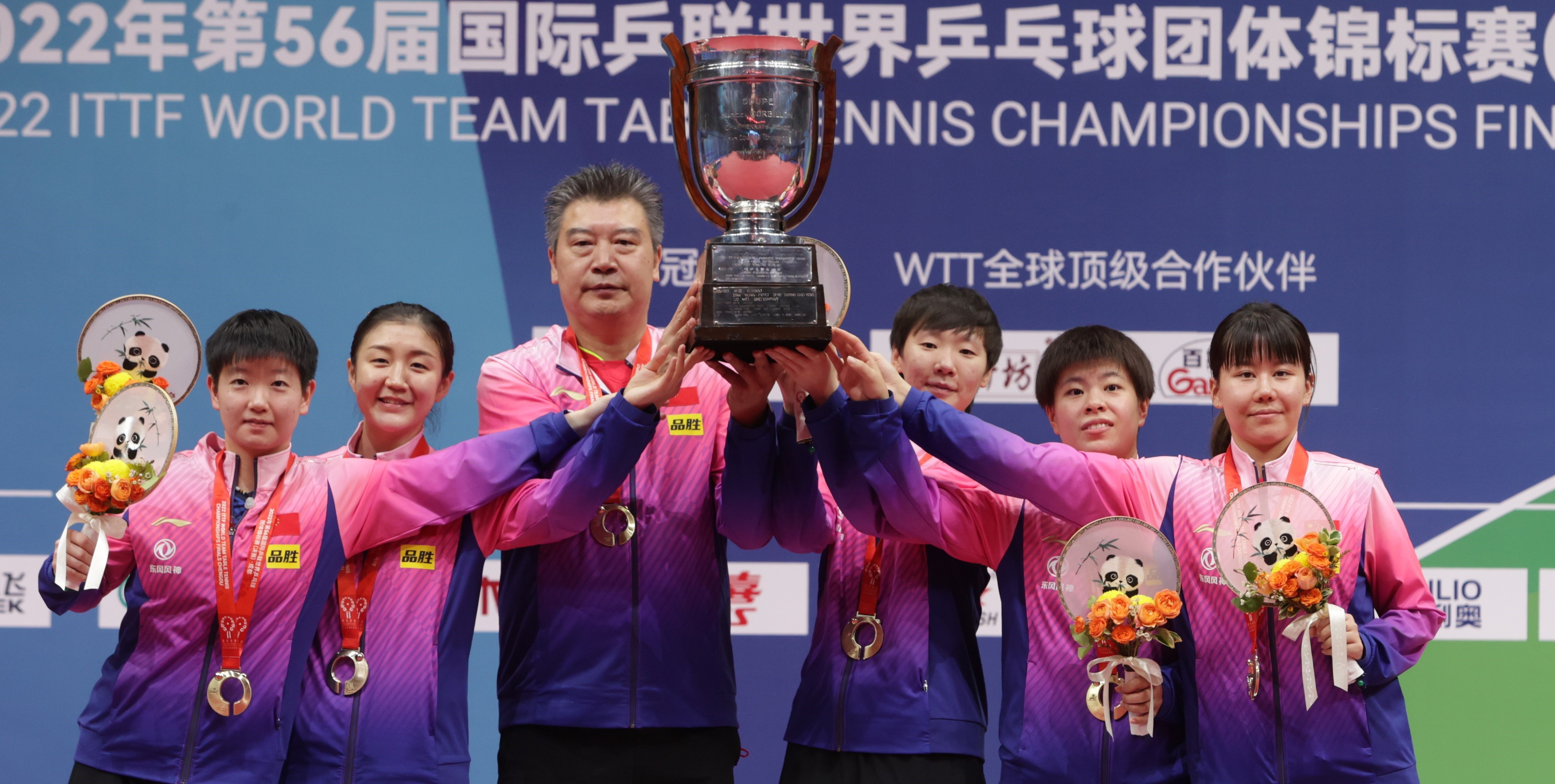 China won the women’s title in imposing fashion on the evening of Saturday 8th October at the 2022 ITTF World Team Championships Finals Chengdu Presented by China Telecom. They maintained their perfect record, from start to finish not one individual match surrendered, every fixture the 3-0 score line.

It was Japan’s fourth consecutive defeat in the final at the hands of China who held aloft the Corbillon Cup for the 22nd occasion in what is now 27 final appearances since 1954 in London.

In the counterpart men’s event, Team China progressed to the final but in a very different manner. Confronting Japan, the no.3 seeds, the contest kept fans biting their nails in a full distance 3-2 win; the most severe test experienced by a Chinese men’s team since Sweden prevailed 3-2 in the Kuala Lumpur 2000 final.

Revelling in the occasion, 19-year-old Tomokazu Harimoto was the player to cause the host heartaches. It is bronze for Japan’s men, the 10th time since they made their World Championships debut 70 years ago in 1952.

At the final hurdle of the men’s event, China meets Germany, the no.2 seeds, for whom at the semi-final stage in a 3-2 win against the Republic of Korea, Benedikt Duda was the hero of the hour. Germany now appears in their sixth men’s final, the first being 2004 in Doha, when the current coach, Jörg Rosskopf was present as a player.

Featured in ITTF Magazine: The Summit