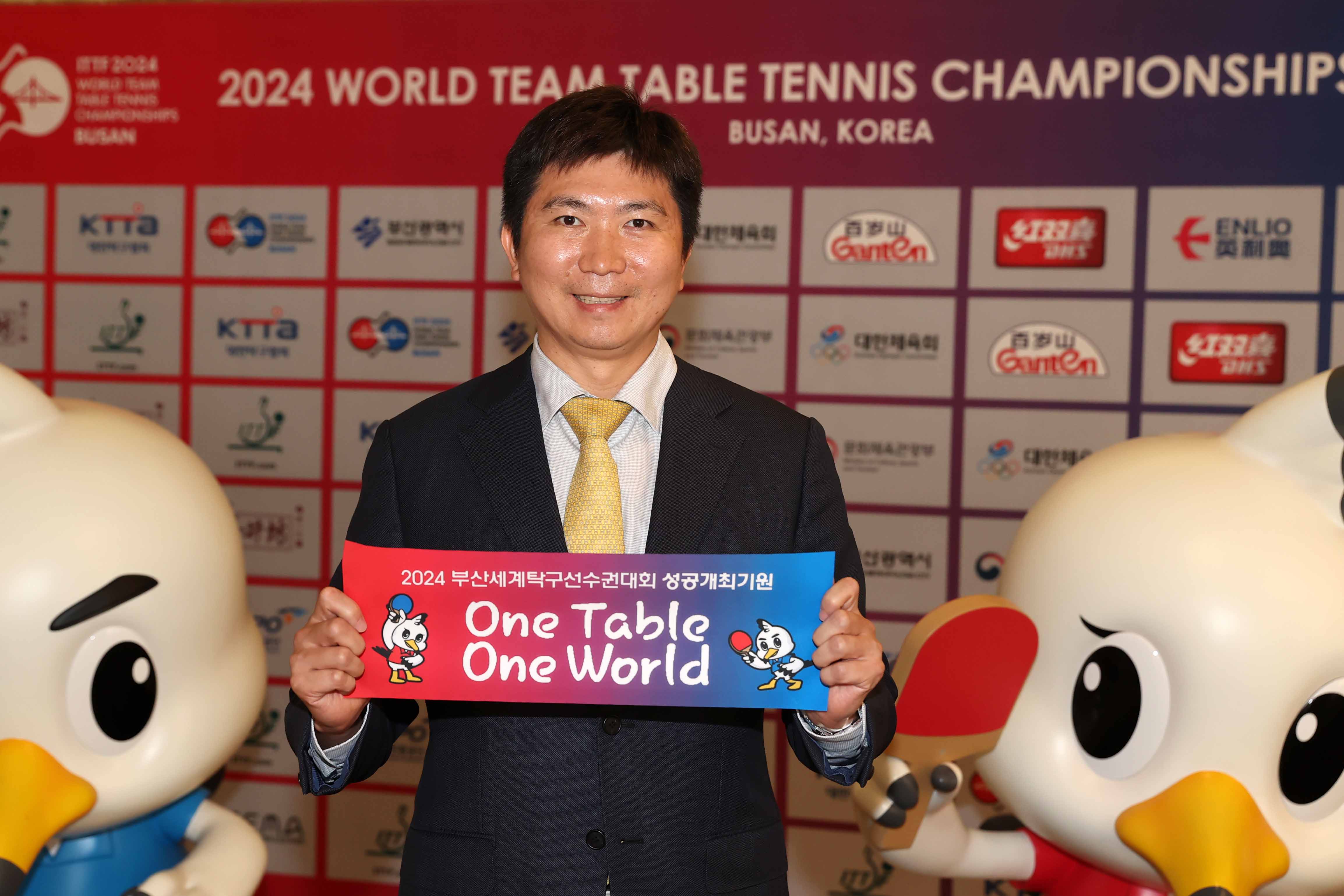 The announcement was made public on Thursday 22nd September at the Westin Chosun Hotel in Busan; an occasion when the Local Organising Committee was formerly declared.

A momentous event for the Republic of Korea, it is a landmark in more than one respect. It will be the first time the nation has staged a World Table Tennis Championships in any format. Furthermore, as Ryu Seung-min stated in his acceptance speech, the tournament marks the centennial of table tennis first being known in the country.

“The COVID-19 did not stop the Korean table tennis community’s aspiration to host the 2024 ITTF World Team Table Tennis Championships Finals on the centennial year of introduction of the sport in Korea. We will ensure the success of the event with good planning and preparation and by closely communicating with the ITTF and its members in order to welcome the global table tennis family to Busan, Korea in the year 2024. The Korean table tennis community, the Korean government and Busan Metropolitan city; all strongly support the event, and I am confident it will be an immense success.” Ryu Seung-min

“The Korea Table Tennis Association has a long record of excellence; they have gained an outstanding reputation for successfully hosting major events such as the Asian Championships and ITTF World Tour tournaments. I am delighted this great Asian nation of table tennis will host the ITTF World Championships for the first time. I am even more more pleased it will take place two decades after Ryu Seung-min won men’s singles gold at the Athens 2004 Olympic Games. We can be confident that in 2024, Ryu Seung-min and his team will deliver an event of the highest quality. I look forward to the Busan World Team Championships Finals.” Khalil Al-Mohannadi

In each of the men’s and women’s events in Busan, there will be 40 teams; as the hosts, Korea Republic, receives an automatic entry, a further 33 teams gain places via a continental stage in which all ITTF member associations may compete, the remaining six places are determined by intercontinental qualification.

Significantly, the eight quarter-finalists in each of the men’s and women’s events in Busan will gain places at the Paris 2024 Olympic Summer Games, the table tennis events in the French capital city being planned to start on Sunday 27th July and conclude on Saturday 10th August.