After two years marked by the Covid-19 pandemic, the ITTF leadership is able to travel again to meet with member associations and events organisers across the world in order to enhance table tennis 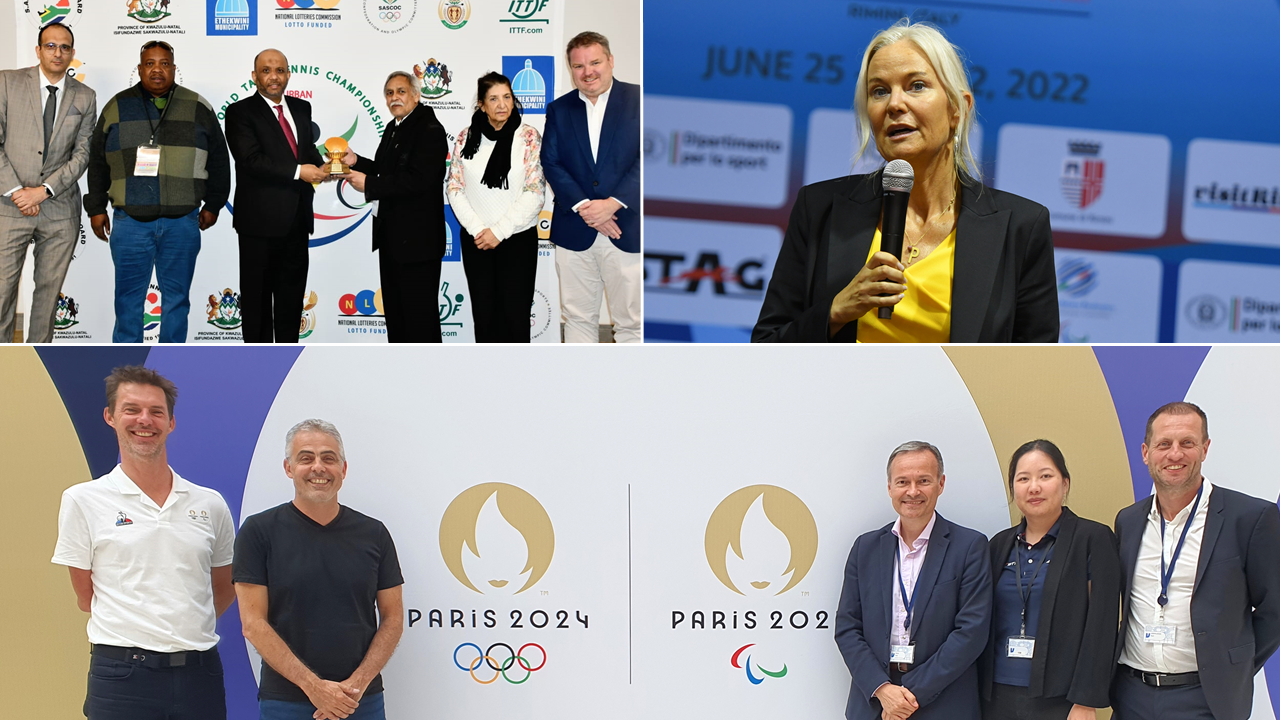 Four simultaneous visits to four different countries; this kind of globe-trotting had not happened since the beginning of 2020 – a different era.

But as the world is reopening after two years marked by the pandemic, the ITTF leadership has been striving to reconnect with its membership.

“It is great to be here, and the atmosphere is fantastic. The veterans are a very important community for the ITTF. After two years marked by the pandemic, the sound of the balls on more than 100 tables, with 3000 players from 42 countries competing, moved me. This demonstrates that Table Tennis is ‘For All’ and ‘For Life’, and a tool for staying healthy at any age.” — ITTF President Sörling

There, she was able to meet with representatives of the European Table Tennis Union and several members of European table tennis associations. She has also entered the competition in the women’s doubles event.

They inspected the 2023 World Table Tennis Championships Finals venue and met with the Local Organising Committee and government representatives.

“Discussing online and meeting face to face are not the same. We have achieved so much in just a week here with our South African friends. I am confident they will deliver a great World Championships, only the second hosted in Africa.” – ITTF Group CEO Dainton

Secretary-General Raul Calin was heading another ITTF delegation in France, focusing on the next Olympic and Paralympic Games. Together with WTT Senior Partnerships Director Kimberly Koh, WTT Senior Event Supervisor Bart Vermoesen and ITTF Group Head of Communications Tristan Lavier, they visited the table tennis venue and received an update on several aspects of the Games.

“The ITTF has completed a very positive inspection in Paris, meeting with different representatives in charge of a variety of functional areas which are key for a successful delivery of the Games. Having Gilles de la Bourdonnaye as Sport Manager, a World Champion and Paralympic Games gold medallist, and Jean-Philippe Gatien, as Executive Director of Sports, a World Champion and Olympic medallist, certainly we can say that Table Tennis in Paris is in very good hands.” – ITTF Secretary General Calin

The ITTF can only hope the global health situation will continue to improve, further easing international travel. Next stop: Budapest, Hungary, for World Table Tennis European Summer Series, consisting of three WTT events in July, including the first-ever WTT Champions.