Staged on the occasion of the 2021 World Table Tennis Championships Finals in Houston, at the Annual General Meeting, Petra Sörling was elected President of the International Table Tennis Federation. 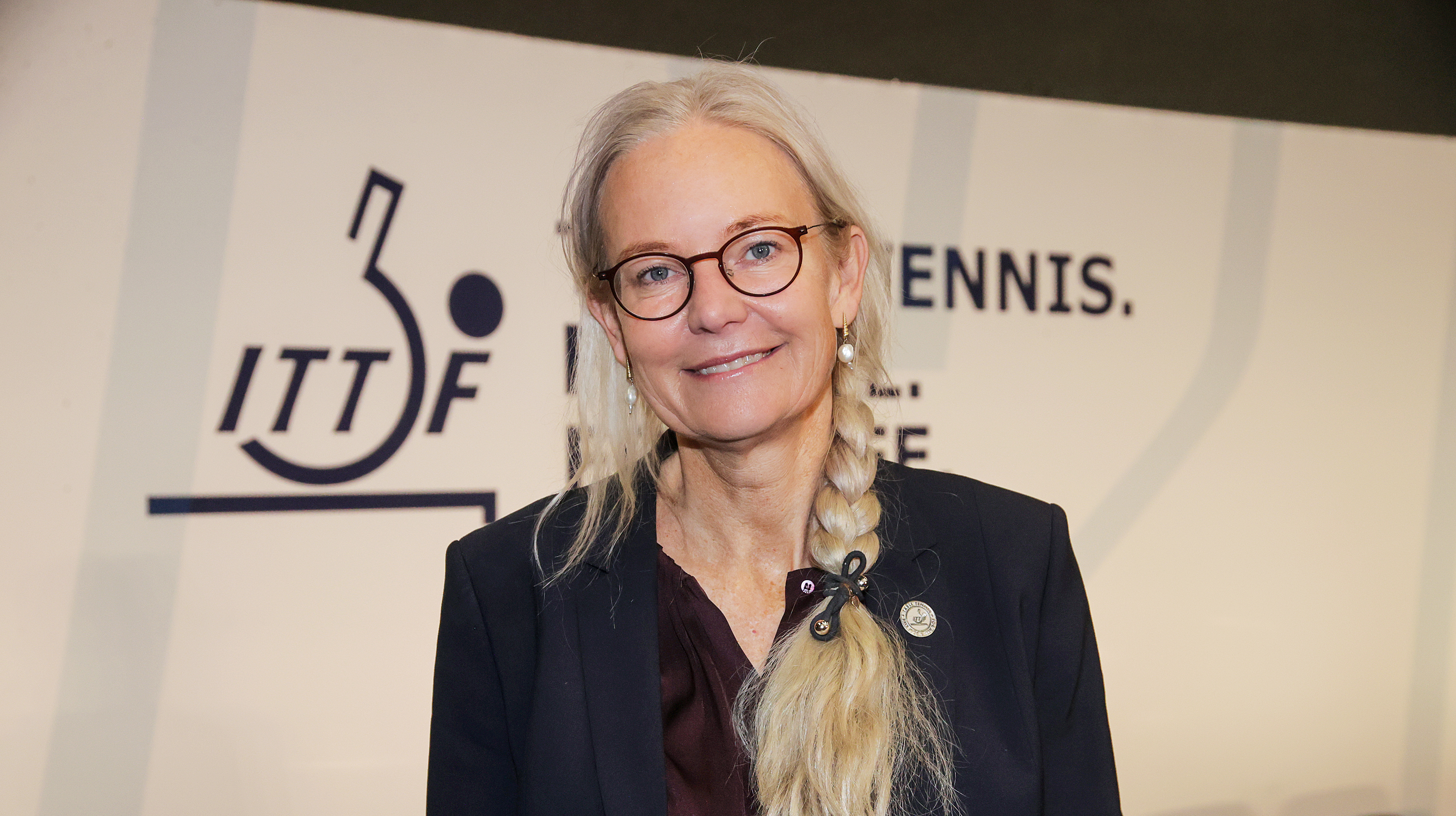 Overall, she becomes the eighth person and the first woman to hold the office.

Also, there is another first, she is the first ever reigning world champion to claim the role!

Previous presidents in the guise of Japan’s Ichiro Ogimura and Xu Yinsheng both won titles at World Championships but assumed the highest office when retired from international play.

In Houston she stated clearly that her goals were to create value through a membership centred governance, whilst strengthening the commercial growth of table tennis focused on  four pillars: ITTF family, governance, growth and sustainability.

A most positive determined approach was evident as Petra Sörling looked to the future.

“I want to secure table tennis’s position as one of the world’s leading sports and aim even higher among the leading sports and reach for the top at the forefront of the sport community as a modern, diverse, and unified world-class sport federation. We are in a fast-transforming era when it comes to business and sport. It’s not only table tennis. We have to move on but without losing our tradition or our core values.” Petra Sörling

Additionally, Petra Sörling stated she aims to reinforce the focus on sustainability within the table tennis community and will launch programmes to increase diversity and inclusion to raise awareness of the positive health effects.

“At the heart of the ITTF group’s vision is to make table tennis accessible to all, for life and for future generations. To achieve this, the sport must make it its mission to focus its efforts towards three key areas: people, planet and prosperity.” Petra Sörling

Petra Sörling succeeds Germany’s Thomas Weikert and is the second Swede to hold the office; the one previous incumbent being Lollo Hammarlund in 1995.

In 2018, partnering Denmark’s Pia Toelhoj, Petra Sörling won the women’s doubles 45-49 years category at the World Veteran Championships; the pair succeeding in a quite dramatic final. They beat Peru’s Milagritos Gorritti and Magali Montes by the narrowest of margins (6-11, 11-9, 11-9, 7-11, 11-9).

The success suggests Petra Sörling has a particular penchant for the United States; the tournament in question was held in Las Vegas.

A player, that is surely a most important credential; arguably even more pertinent is the fact she is a most active official.

At the time of the election, she held the positions of ITTF Executive Vice President – Finance, the President of the Swedish Table Tennis Association, whilst also being a member of the Swedish National Olympic Committee.

“I am deeply honoured to have been chosen for this position. I would like to thank all my dear friends and colleagues from the entire table tennis family. I want to be a President for all of you. I will work for and with you in the coming years; and I will keep my promise to you – to listen – as achieving my mission of leading the ITTF will not be possible without your valuable thoughts and commitments.” Petra Sörling