The most experienced player at WTT Contender Novo Mesto 2021 presented by I Feel Slovenia, Luxembourg’s Ni Xia Lian was the centre of attention on the penultimate day in Laško. The 58-year-old well and truly defied the odds as she booked her passage to the Women’s Singles final on Saturday 13th November. 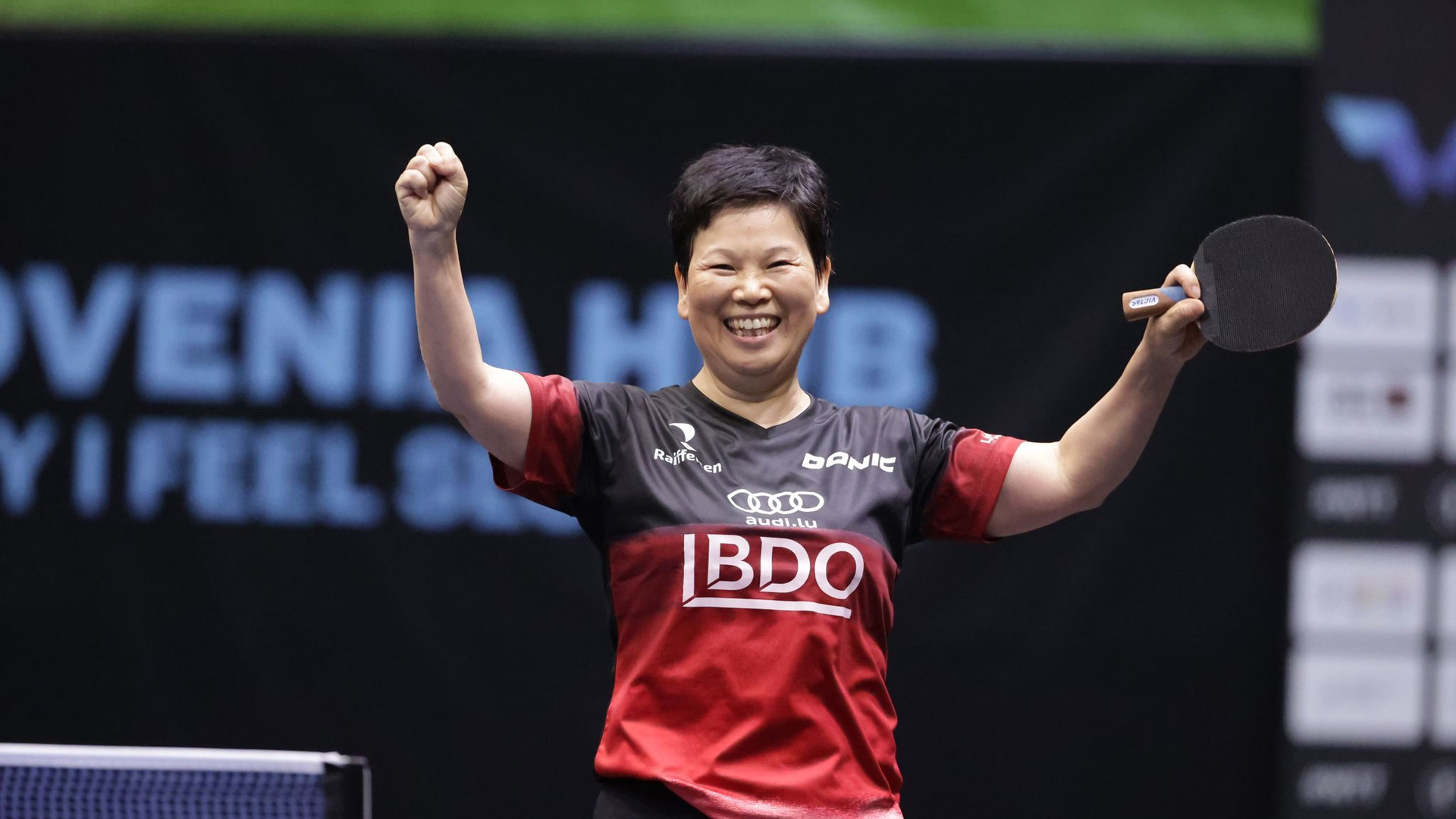 The other player still in the mix is China’s Liu Weishan, and she heads into the final with form on her side. Facing one of the event’s standout performers, the world number 84 brushed aside the unpredictable challenge of Australia’s Liu Yangzi by a 3-0 margin (11-4, 12-10, 11-5). Liu Weishan then struck victory over higher-ranked opposition, beating Portugal’s Fu Yu, world-ranked 50th, in straight games (11-7, 12-10, 11-5, 11-4). 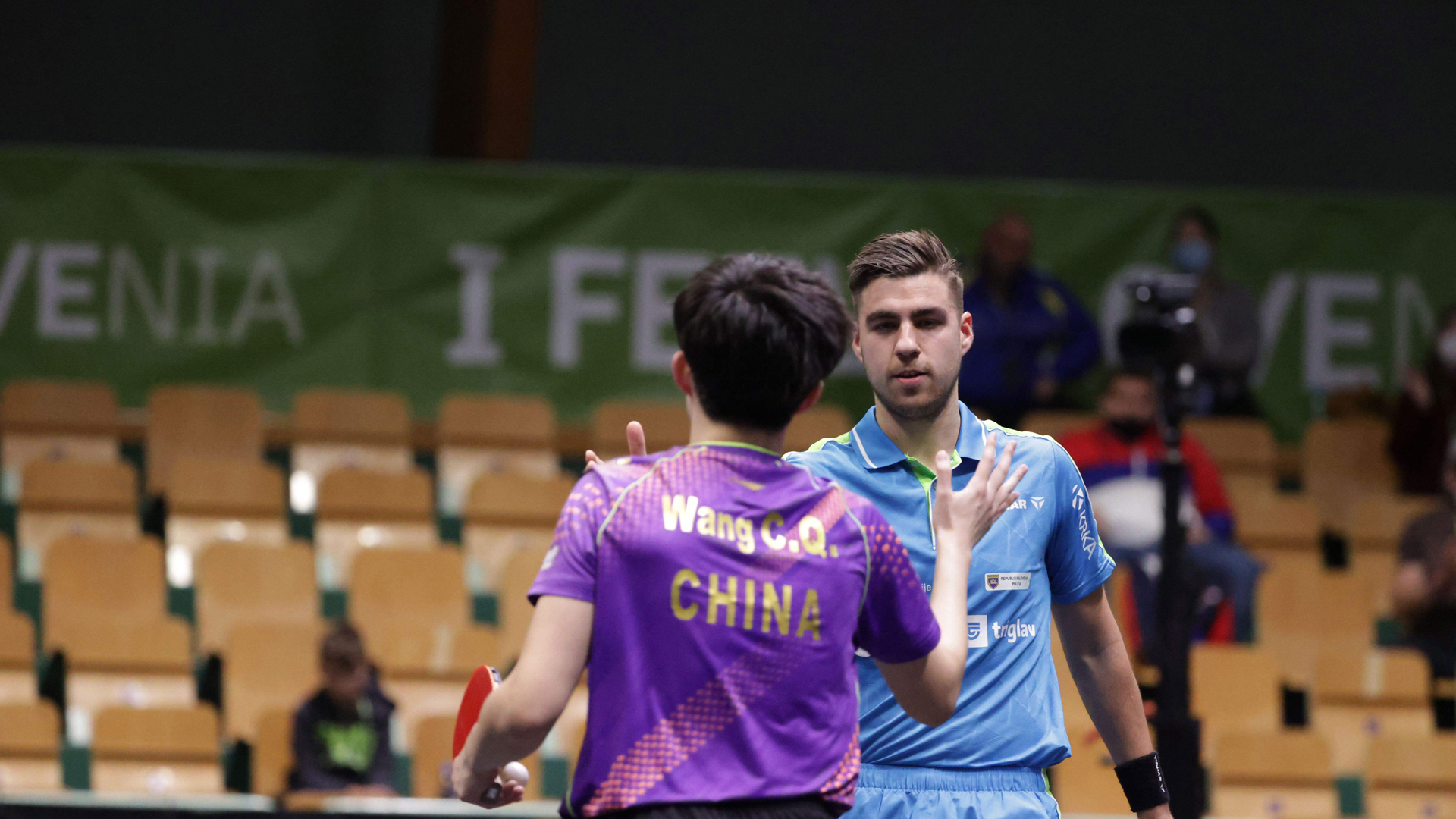 Embracing the opportunity to compete on home soil, Slovenia’s very own Darko Jorgic showcased his talent far and wide with another head-turning performance. The number six seed celebrated notable success at the quarter-final hurdle, fighting back from behind to beat China’s Zhou Qihao (7-11, 11-8, 5-11, 11-8, 11-9). However, Jorgic’s inspirational run was halted one round later as Zhou’s compatriot Wang Chuqin, seeded fourth, came out on top in their semi-final meeting (11-8, 10-12, 11-5, 11-4, 12-10).

There were scintillating scenes in the penultimate round of the Men’s Doubles draw as Lin Gaoyuan and Zhou Qihao recovered a 0-2 deficit to overcome Japanese counterparts Hiroto Shinozuka and Yuma Tanigaki (8-11, 8-11, 11-7, 11-8, 11-8). Liang Jingkun and Wang Chuqin emerged victorious in the other semi-final after the second-seeded duo navigated Germany’s Kilian Ort and Tobias Hippler in straight games (11-8, 11-4, 11-8).

Germany’s Nina Mittelham and Sabine Winter hit an early stumbling block in their Women’s Doubles semi-final against French opponents Prithika Pavade and Pauline Chasselin. However, the third seeds showed the necessary belief to turn the tide in their favour (2-11, 11-9, 11-4, 11-7). Awaiting Mittelham and Winter in the final is Liu Weishan and Wang Yidi following their 3-1 victory over Australia’s Jee Minhyung and Liu Yangzi (11-6, 9-11, 11-5, 11-6).

The final day at WTT Contender Novo Mesto commences at 1100 local time with Wang Chuqin and Wang Yidi taking on Simon Gauzy and Prithika Pavade in the Mixed Doubles final. Nina Mittelham and Sabine Winter stand opposite Wang Yidi and Liu Weishan in the Women’s Doubles title match, before Lin Gaoyuan, Zhou Qihao, Liang Jingkun and Wang Chuqin take to the table in the Men’s Doubles decider. Play resumes at 1730 local time as Ni Xia Lian and Liu Weishan line up in the Women’s Singles final, while Liang Jingkun and Wang Chuqin’s head-to-head encounter decides the outcome of the Men’s Singles event.