China’s Liang Jingkun leaves Laško with both WTT Contender Slovenia Hub Men’s Singles trophies in his possession after turning up the heat on the final day at WTT Contender Novo Mesto 2021 presented by I Feel Slovenia. 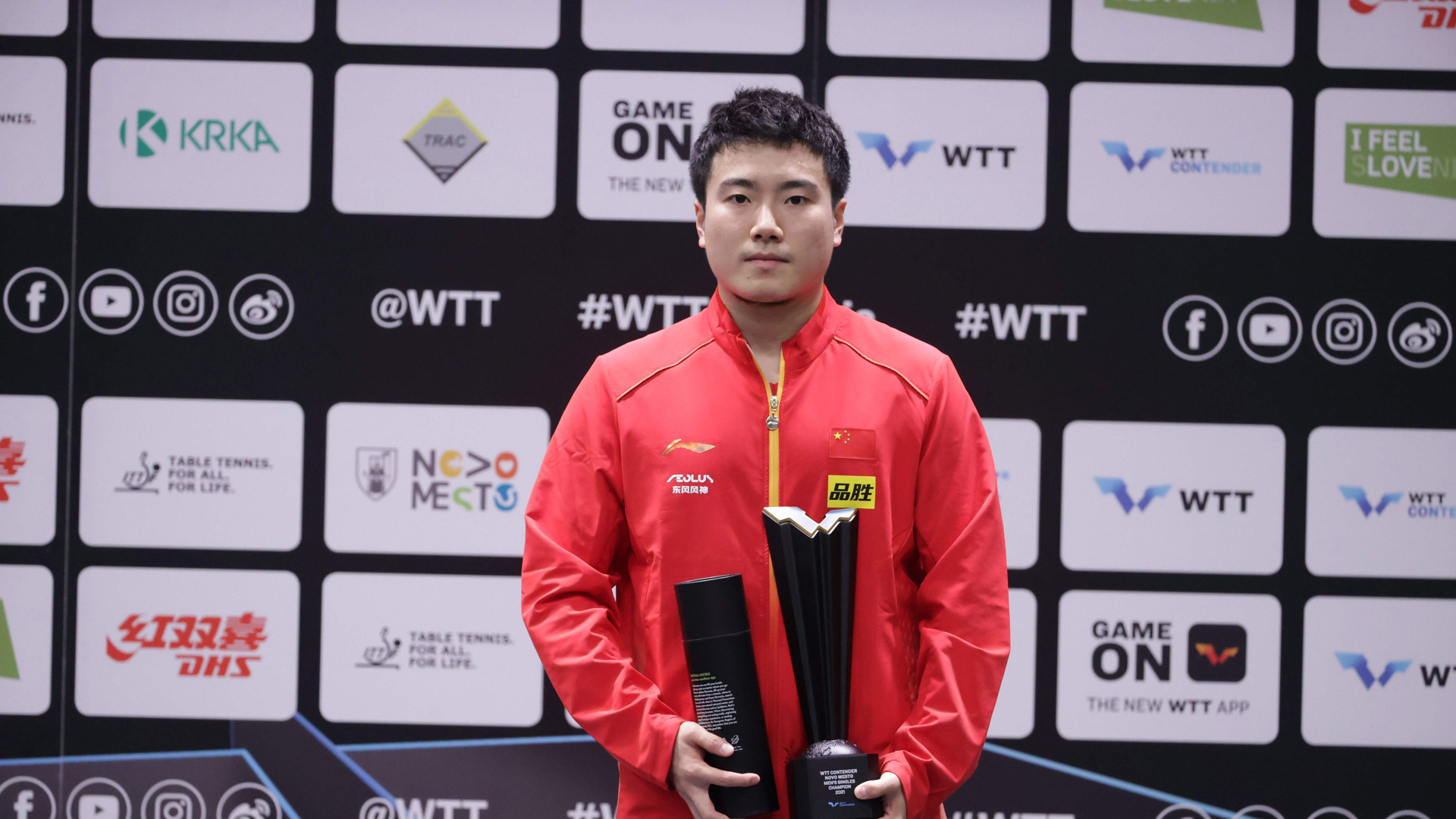 Beating Kazakhstan’s Kirill Gerassimenko to the title at WTT Contender Laško, Liang Jingkun encountered a very different proposition one week on. National teammate Wang Chuqin provided the opposition this time out, and the fourth seed gave Liang, seeded third, a good run for his money.

Wang started faster out of the blocks and was rewarded with the opening two games of the contest. However, an immediate response from Liang saw the scores tied up a 2-2 heading into game five. It was a fierce duel with little margin for error, and both players knew the importance of taking every opportunity that presented itself. Wang stepped up to retake the lead, but Liang’s “never say die” attitude proved vital as he recovered games six and seven to squeeze over the finish line 4-3 ahead (9-11, 10-12, 11-5, 11-5, 9-11, 11-8, 12-10).

“It’s been quite a while since I’ve been knocked out of a competition. I think I performed well here, and I hope to be even better prepared for the upcoming World Championships in Houston. Today’s final against Wang Chuqin was even tougher than last week’s final because our skill is evenly matched. The win came down to one or two points here or there, so today’s final was tough. I’m very happy to have played in Slovenia, as I’ve enjoyed the local environment during my stay here,” said Liang Jingkun 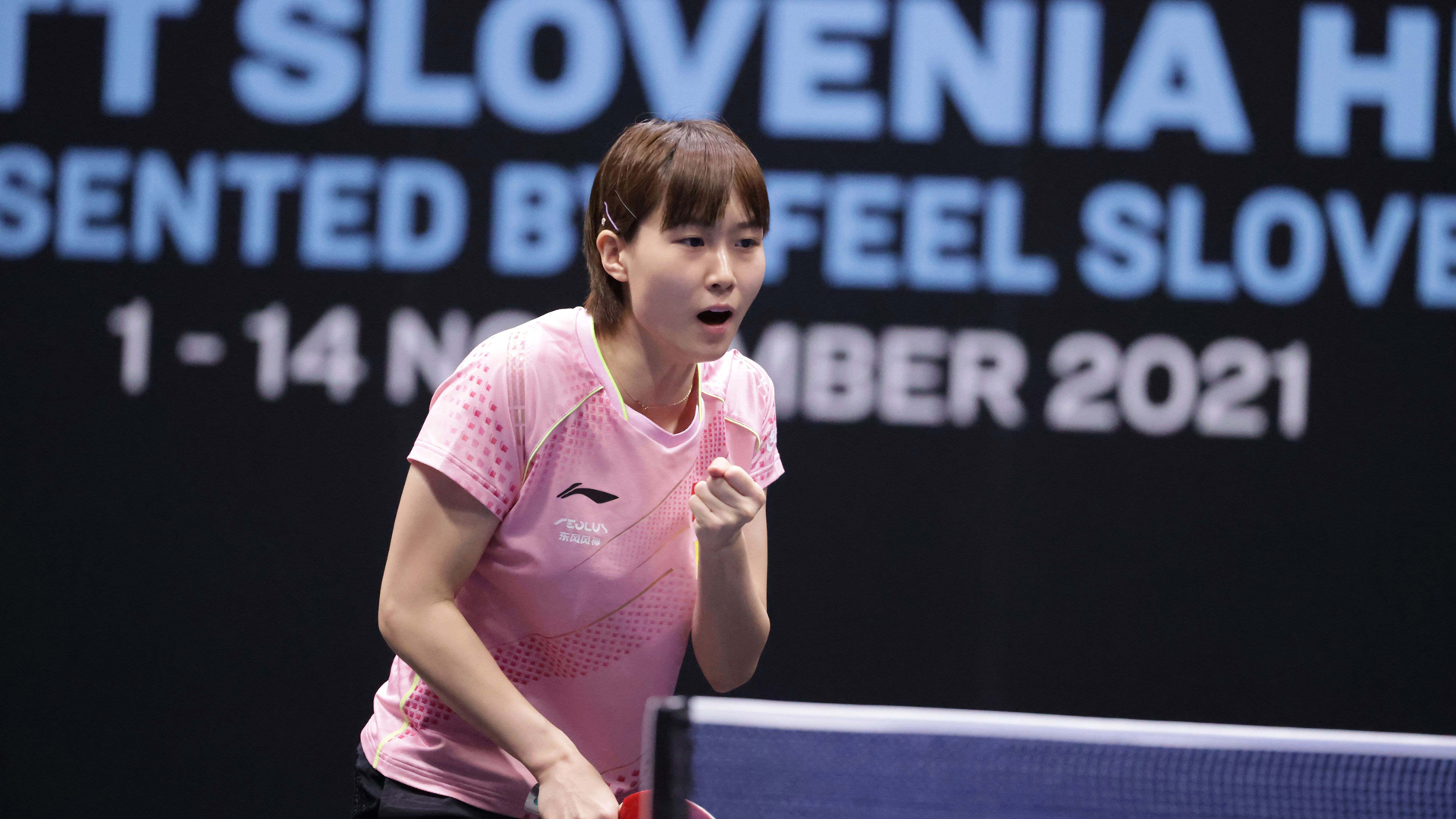 Restricted to a Women’s Singles runner-up finish one week earlier at the first WTT Contender Slovenia Hub event, China’s Liu Weishan went one better on the final day in Laško.

Facing off against Luxembourg’s Ni Xia Lian, 58, Liu encountered early trouble after dropping the opening game to the eighth seed. Not an ideal start for Liu, but the 22-year-old hit back straight away as she secured game two by a dominant nine-point margin. Believing in her ability right until the very end, Ni managed to claw back the deficit in each of the subsequent games, but it wasn’t enough to stop Liu from holding her first WTT singles trophy aloft (10-12, 11-2, 11-5, 11-7, 11-8).

“Comparing the two finals from last week to today, the main difference was that today I was better prepared mentally. I would like to thank the fans and the audience for their compliments. I’m just trying my best to get better and better for the future. There will naturally be different goals at different times in my sporting career, but my immediate goal is to focus my attention on getting better,” said Liu Weishan

“Mentally, I didn’t arrive here in great shape after dealing with a private matter within the family, and I made a lot of mistakes in the first tournament. I’m lucky that I have had my husband here with me. He’s my coach, and he’s my everything, so we’ve had a wonderful time. I’ve been able to sleep and train better than I would normally, which has helped me achieve this result. If you work hard, you see the results. I’m very happy to have made this trip, and I’m pleased with my performance. Age is just a number!” said Ni Xia Lian

The victory on the singles front handed Liu Weishan her second title at WTT Contender Novo Mesto, having lifted the Women’s Doubles trophy earlier in the day. Forming a formidable partnership with Wang Yidi, the pair were simply in a league of their own as they brushed aside the number three seeds, Germany’s Sabine Winter and Nina Mittelham, with little difficulty (11-4, 11-7, 11-8). 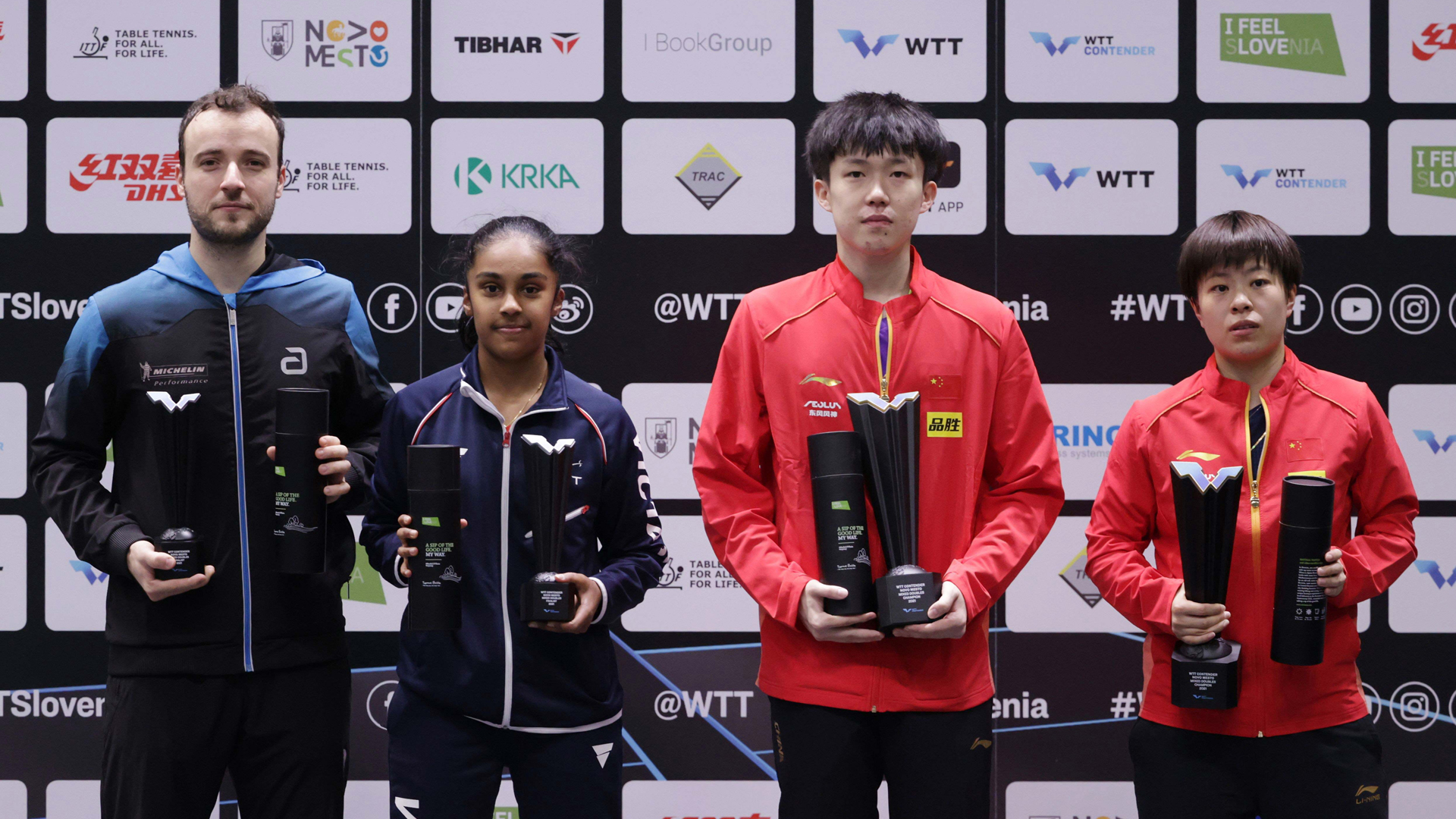 Wang Yidi was also crowned Mixed Doubles champion as she partnered Wang Chuqin to success against French counterparts Prithika Pavade and Simon Gauzy (11-5, 11-6, 9-11, 11-6). However, Wang Chuqin was forced to settle for a runners-up finish alongside Liang Jingkun in the Men’s Doubles final after the second seeds fell short against national colleagues Lin Gaoyuan and Zhou Qihao (13-11, 7-11, 11-7, 11-9).