Persistent Gerassimenko brushes fatigue aside to steal the show

The upsets continue to arrive thick and fast at WTT Contender Laško 2021 presented by I Feel Slovenia, with another Chinese star heading for the exit on Saturday 6th November. 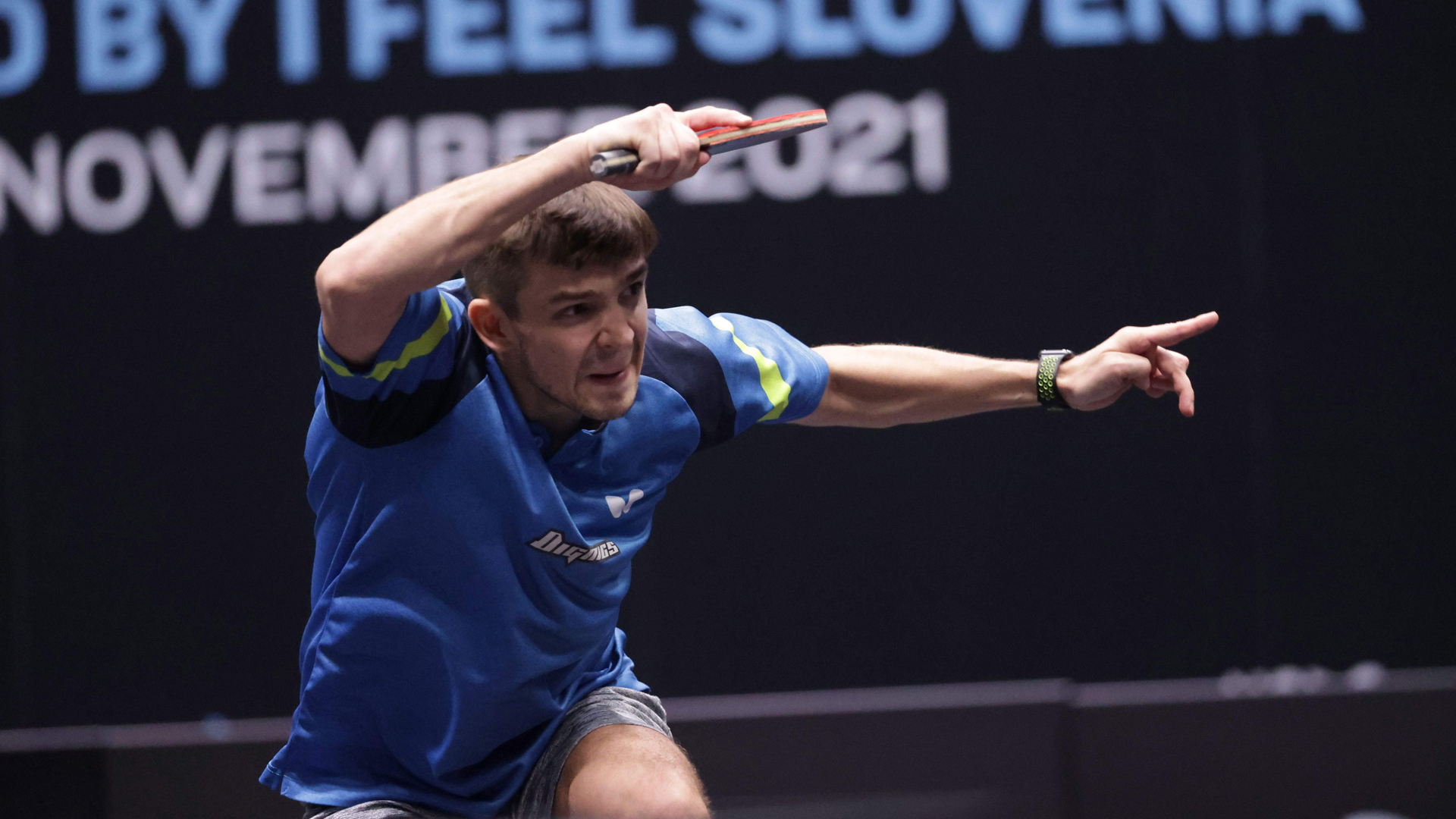 “I’ve known Paul Drinkhall for a long time and have played him many times, so I knew it would be tough. I usually lose against him. This time I watched some of his games and prepared some tactics, but he is very clever and doesn’t give away any easy points. When I was in China a few years ago, I practised with Liu Dingshuo, so I knew how to play against him. I had to run a lot and was really tired. After the fourth game, I took the next two games to recover before winning 11-5 in the last game. I tried to stay calm in the seventh game, but I also wanted to stay aggressive and made sure to limit easy mistakes. I will give my best in the final and do what I can,” said Kirill Gerassimenko

Saturday proved a day of mixed emotions for India’s Manika Batra, who came within touching distance of a surprise ticket to the Women’s Singles final. The number seven seed produced table tennis of the highest quality in the quarter-finals as she eliminated the third seed, Romania’s Bernadette Szocs (11-8, 4-11, 5-11, 11-6, 11-7). Despite another brave showing, Batra exited in the penultimate round with China’s Wang Yidi proving a class above on this occasion (11-7, 7-11, 13-11, 10-12, 11-7, 11-5). 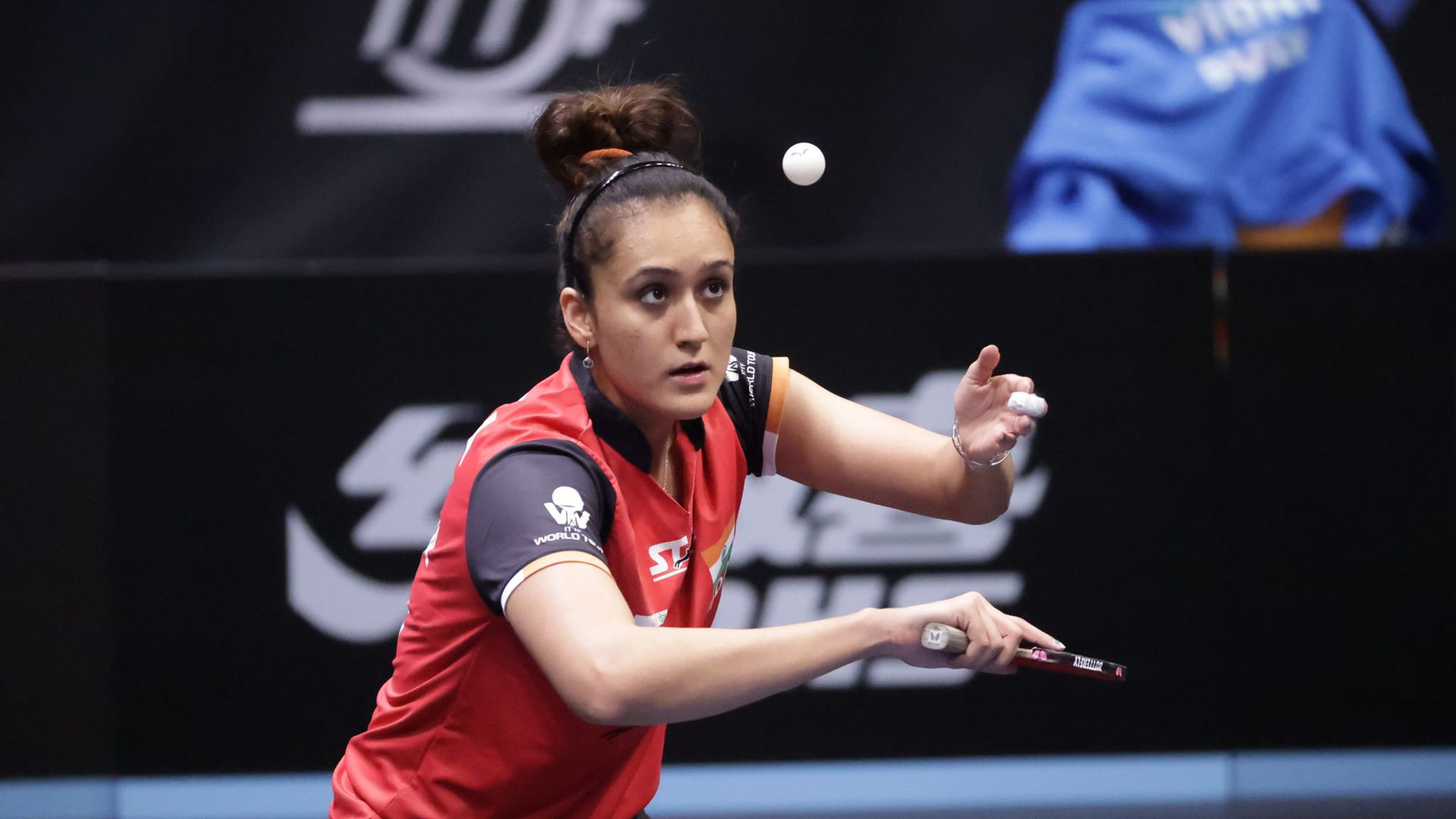 “I think I played really well, and I gave my best. I never think about whether my opponent is Chinese or from another tough country; I just play my best. I gave 100% to cover everything that I could. I’m not happy that I lost, but I’m pleased with how I played,” said Manika Batra

Wang Yidi will be joined in the title bout by compatriot Liu Weishan, who secured her passage to the final following two perfect outings in the opposite half of the draw. Starting the day with a commanding performance to oust Singapore’s Zeng Jian (11-6, 11-2, 11-8), Liu was just as ruthless against German opposition as she brought Sabine Winter’s fine run to a halt in the last four (11-8, 12-10, 11-6, 11-9).

Celebratory scenes in the Women’s Singles for Liu Weishan, but she didn’t enjoy the same fortune in the Women’s Doubles semi-finals. Liu and partner Wang Yidi’s progress was halted by India’s Manika Batra and Archana Girish Kamath (11-6, 8-11, 11-6, 5-11, 11-8). Awaiting Batra and Kamath at the final hurdle is Puerto Rico’s Melanie and Adriana Diaz after the sisters, seeded fourth, combined to beat the top seeds, Singapore’s Zeng Jian and Lin Ye (11-8, 8-11, 11-5, 11-3).

“My partner and I Archana Girish Kamath played our best. We just took it point-by-point and fought for everything. It wasn’t easy to win against them, but we thought we could beat them, and that was our mindset,” said Manika Batra

With Belgium’s Laurens Devos and Olav Kosolosky withdrawing, Japan’s Yuta Tanaka and Yuto Kizukuri reached the Men’s Doubles final. As a result, just one semi-final was contested, and it provided an eye-catching outcome. Top seeds Liang Jingkun and Wang Chuqin held the lead heading into game four against fellow Chinese pair Lin Gaoyuan and Zhou Qihao. But, the latter partnership managed to turn the match on its head as Lin and Zhou snatched a remarkable victory from the jaws of defeat (14-12, 9-11, 7-11, 11-4, 11-6).

The final day of play is not to be missed, with five high-stakes fixtures lined up on Sunday.

Opening the day is the Mixed Doubles final as Wang Chuqin and Wang Yidi take on Liang Jingkun and Liu Weishan in a cracking All-China affair from 1400 local time. Puerto Rico’s Melanie and Adriana Diaz face India’s Manika Batra and Archana Girish Kamath in the Women’s Doubles final, before China’s Zhou Qihao and Lin Gaoyuan meet Japan’s Yuta Tanaka and Yuto Kizukuri in the closing match of the Men’s Doubles event. The action then resumes from 1900 local time with the Women’s Singles showdown between China’s Wang Yidi and Liu Weishan, followed by national colleague Liang Jingkun’s clash with Kazakhstan’s Kirill Gerassimenko in the Men’s Singles final.