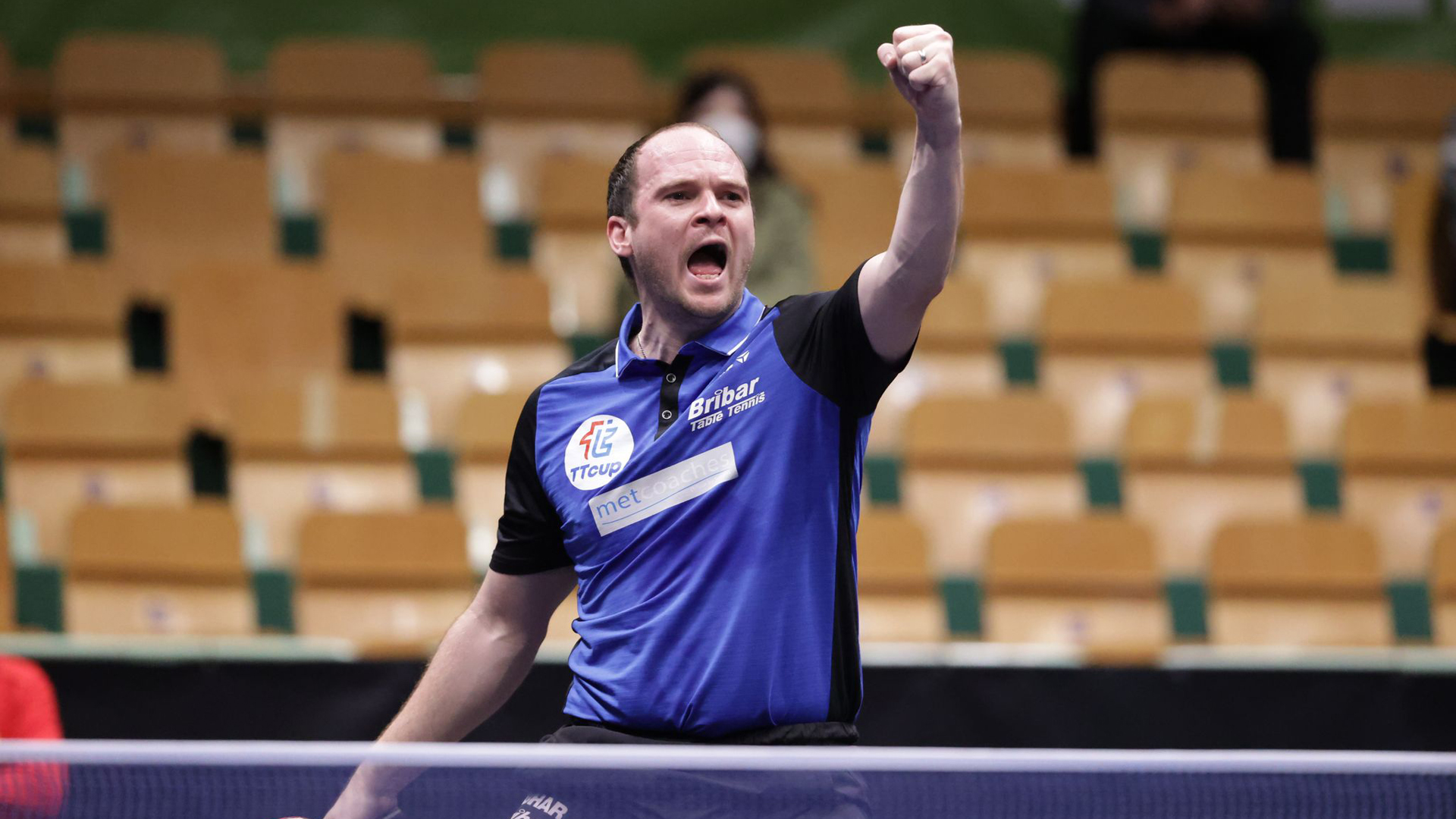 The leading force in the event, China’s Lin Gaoyuan overturned an early deficit to strike a 3-1 win on the previous day but was on the receiving end of the same scoreline in the Round of 16. Ranked 51 positions higher, Lin was the hot favourite for his encounter with Paul Drinkhall. However, England’s Drinkhall showcased his famous lionhearted courage for all to see, rising above the odds to topple the world number seven (11-7, 8-11, 11-7, 11-8).

African hopes were crushed at the same hurdle as Nigeria’s Quadri Aruna exited. The third seed led twice in his meeting with Portugal’s Tiago Apolonia after holding the upper hand in games one and three. Yet, the latter player ultimately celebrated victory (7-11, 11-8, 10-12, 11-7, 11-7). Apolonia now turns his attention to Sweden’s Jon Persson following his four-game success against India’s Sathiyan Gnanasekaran, seeded seventh (11-5, 8-11, 11-8, 12-10).

The shock departures weren’t just limited to the Men’s Singles, with Adriana Diaz amongst the most prominent casualties in the Women’s Singles draw. Seeded second, Diaz held high expectations heading into the event but fell at the hands of Singapore’s Zeng Jian, who needed just three games to upstage the Puerto Rican star in their Round of 16 clash (11-3, 11-4, 11-2). 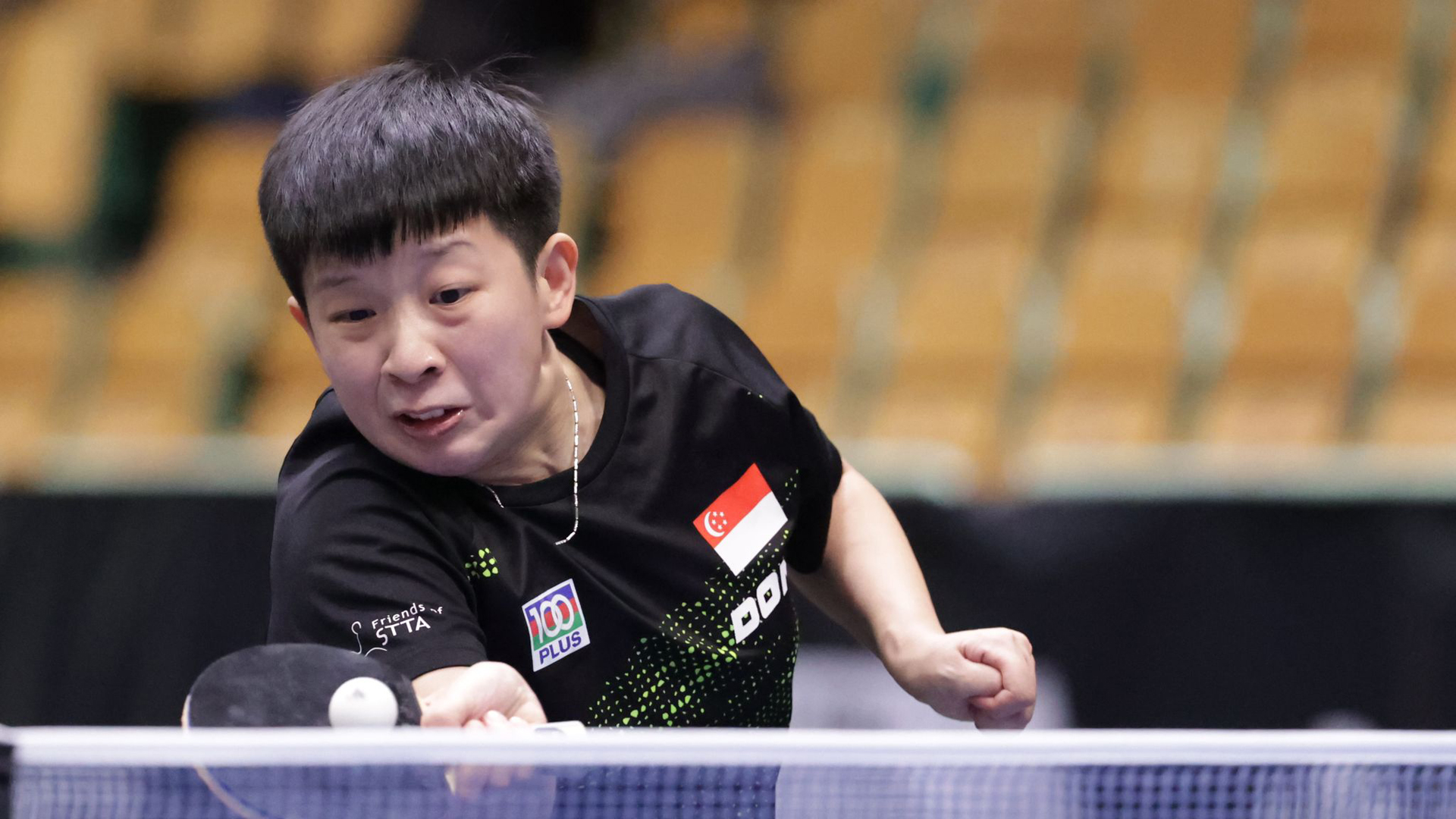 Zeng’s next opponent also booked her place in the quarter-finals off the back of a significant upset as China’s Liu Weishan toppled Slovakia’s Barbora Balazova. Unseeded, Liu had the odds stacked somewhat against her, but the 22-year-old conducted herself with great maturity to stun sixth seed Balazova in a five-game spectacle (11-6, 9-11, 11-8, 8-11, 14-12).

The Mixed Doubles crown will be heading to one of two Chinese partnerships following another impressive day at the office for the country’s contingent. Liang Jingkun and Liu Weishan accounted for two significant pairs in the title race, taking down Egypt’s Khalid Assar and Yousra Helmy, seeded second (11-7, 9-11, 11-8, 11-2), in addition to India’s Manav Vikash Thakkar and Archana Girish Kamath, seeded fourth (11-3, 11-4, 11-5). Wang Chuqin and Wang Yidi provide the opposition at the final hurdle after they breezed past Slovakia’s Dimitrije Levajac and Izabela Lupulesku in the other semi-final (11-8, 11-7, 11-4).

Undoubtedly the tightest contest of the day’s Women’s Doubles action saw India’s Manika Batra and Archana Girish Kamath hold their nerve to see off French quarter-final opponents Audrey Zarif and Lucie Gauthier 3-2 (11-6, 8-11, 11-8, 8-11, 11-6). The corresponding round in the Men’s Doubles event signalled the end of the road for Germany’s Benedikt Duda and Ecuador’s Alberto Mino. The mixed association pair gave it their all, but Chinese top seeds Liang Jingkun and Wang Chuqin proved one hurdle too many (11-7, 11-8, 7-11, 11-7).

Another exciting programme awaits on Saturday as WTT Contender Laško enters its penultimate day. Play commences from 1000 local time with the first item on the agenda deciding the line-up for the Women’s and Men’s Doubles finals. Then, from 1300 onwards, the eight remaining players on the Women’s and Men’s Singles fronts light up the stage on a day that promises plenty of drama.