Under-17 pacesetter Jain suffers shock day one exit in Szombathely 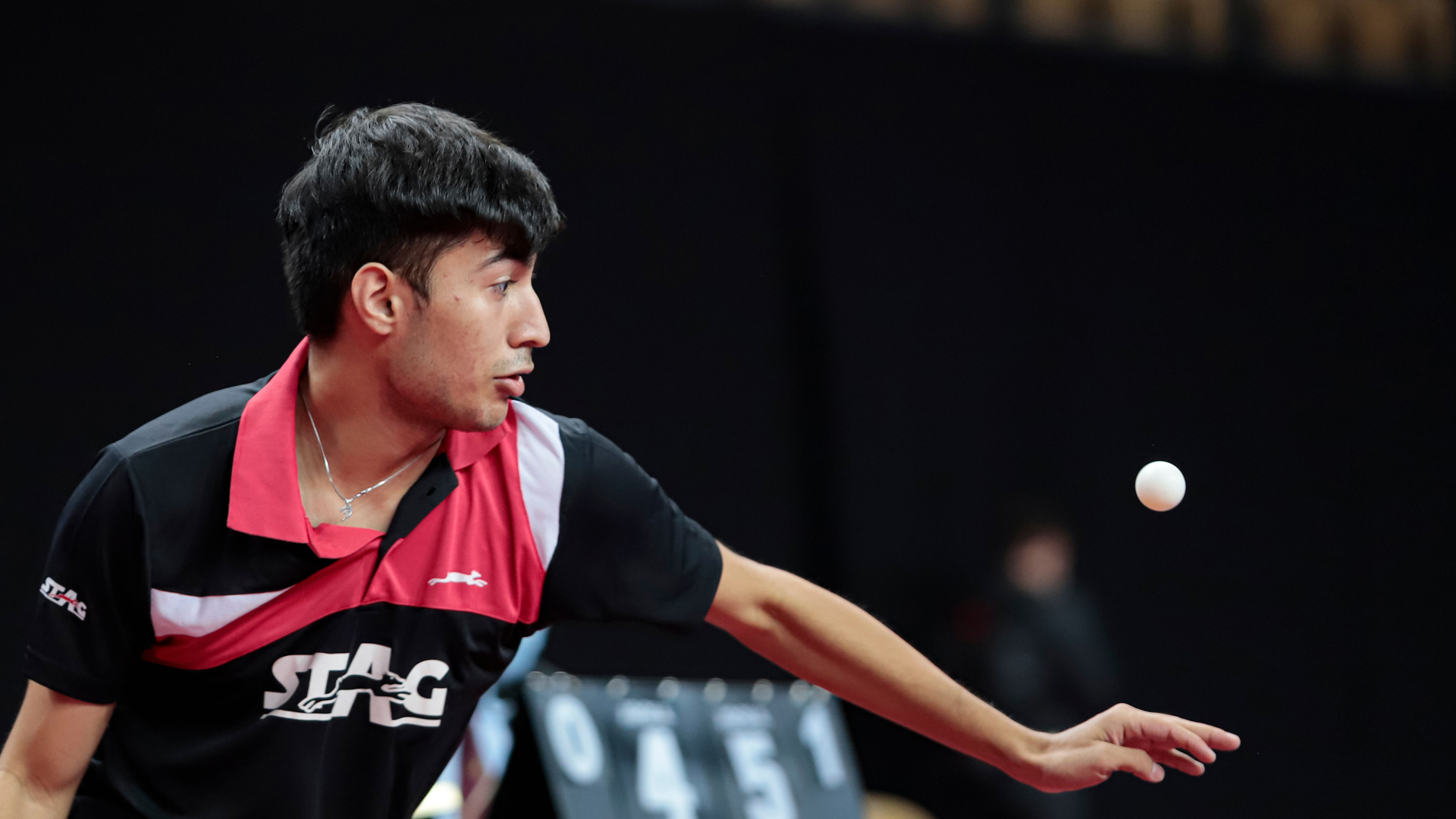 “I played really well, like someone who had nothing to lose, and it worked out in the end. I was able to focus perfectly at every 9-9 situation, which I think was the most important. I will play the Under-15s group stage as well as the Under-17s quarter-finals. I would like to keep utilising this playstyle and manage myself through the group stage, then hopefully I won’t underperform in the Under-17 quarter-finals,” said Izaac Quek Yong

“Unfortunately, I hit my racket on the table, which made the edge come off the rubbers. My wrist pain was really sharp at the moment, but I could bear the pain and play as though nothing had happened. I would like to continue this solid performance and not slow down even for a minute. I hope to win the tournament, but it’s too early to say that. I am focusing on the quarter-finals and aim to make the semis,” said Carlos Fernandez

Italy’s Francesco Trevisan stole the show on day one’s Under-13 Boys’ Singles action, lighting up the top group with a perfect record of three wins from three matches. Trevisan couldn’t have asked for a better start as he opened his account with back-to-back 3-0 successes against Czech Republic’s Tobias Fabian (11-6, 11-7, 11-2) and Austria’s Bela Csomor (11-3, 11-6, 11-1). The 11-year-old star then followed up with an extraordinary display to stun title favourite Botond Zoltan Varga 3-1 (11-6, 9-11, 11-8, 11-7), securing a BYE to the last eight in the process. 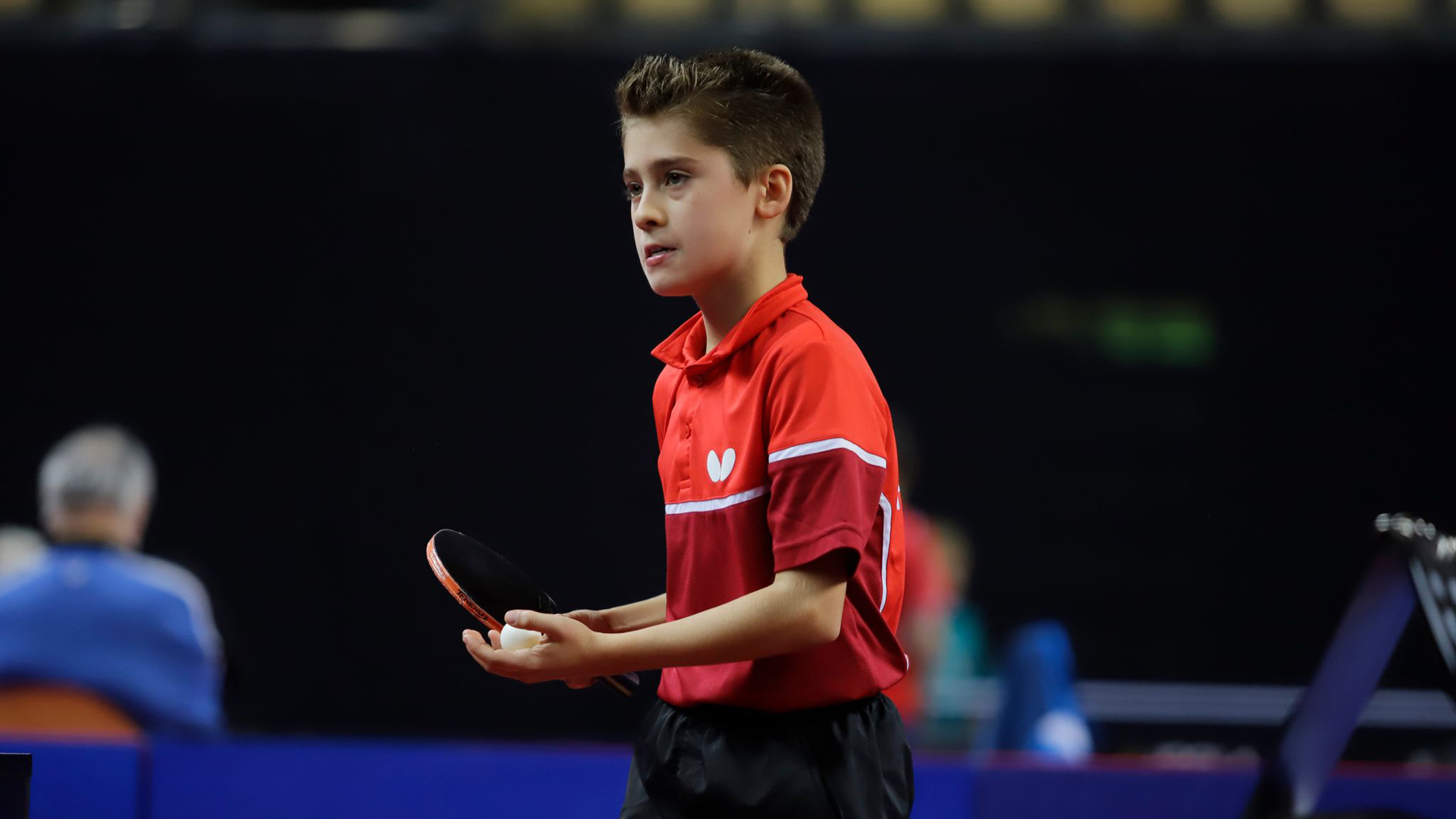 “I am very happy. The strategy we thought about was a game-changer. At the beginning of the match, I played mostly for the backhand, but then I changed to playing one for the backhand followed by one for the forehand. I am aiming to win the tournament,” said Francesco Trevisan

Not the group outcome Varga was searching for, but the Hungarian put the result to the back of his mind ahead of a crucial Round of 16 tie. Taking on Martin Slany, ranked fourth, Varga outperformed his Czech counterpart across three games (11-7, 13-11, 11-8) to set up a quarter-final meeting with another top six-ranked opponent in Slovakia’s Pavol Kokavec.

“I beat my first two opponents with solid performances, but I played a little weaker in the last match of the group stage against Francesco, who was stronger. He was playing really well, and I was stressed because he seemed like a player I had to beat. Under this pressure, I couldn’t win the match. I hope to avenge my defeat to Francesco,” said Botond Zoltan Varga

On Tuesday, the action resumes from 0900 local time with group fixtures from the Under-11, Under-15 and Under-19 Boys’ Singles events dominating the agenda through to 1630. Then, from 1700 onwards, the debate is settled in the Under-13 and Under-17 events, with the eight remaining players on both fronts fighting over the first two trophies up for grabs in Szombathely.