The action continued at the WTT Contender Tunis on Thursday, with France’s Prithika Pavade, ranked 376, the cause of two major upsets in the women’s singles on day 2. 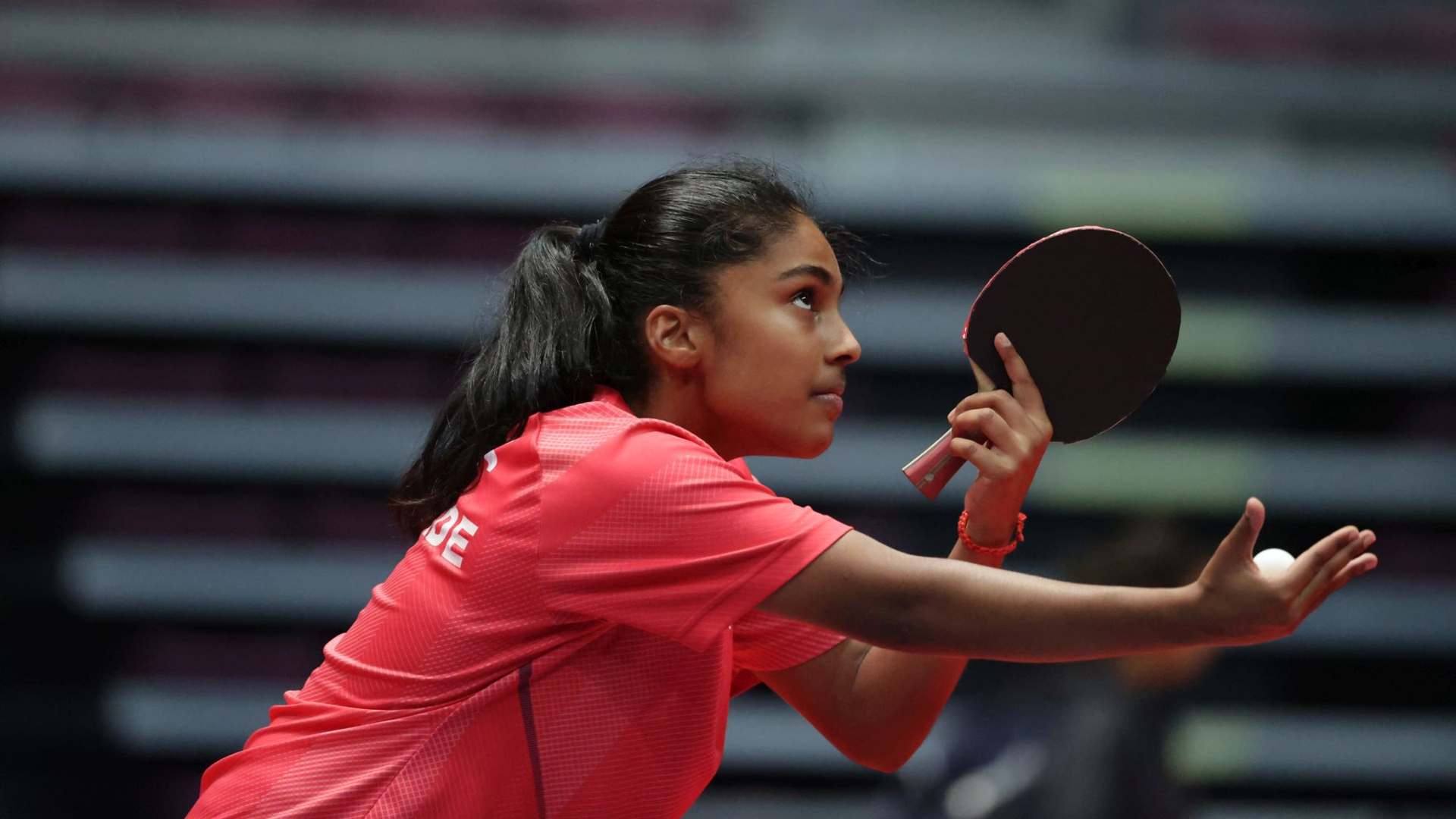 The WTT Youth nominee was at her best against Romania’s Adina Diaconu. In the first round, she dismissed the former European Junior medalist 3-0 (11-7, 11-9, 11-7).

“I just played naturally by focusing on the game. It is not my first WTT, but I did not expect to go so far. However, I knew that I can do something and that I have to play quite well. I have played against two tough players. Adina Diaconu is a very dangerous, high-quality player. Dina Meshref is also an amazing player,” said Pavade.

Belarus’ Daria Trigolos, ranked 104th, defeated seventh seed Polina Mikhailova of the Russian Federation to advance to the quarter-final. Despite losing the first game 9-11 to the 46th ranked Russian, Trigolos showed determination against her defensive opponent. Her patience and perseverance paid off with a 3-2 win (9-11, 11-9, 11-5, 9-11, 11-7).

Russian Federation’s Maria Tailakova initially tested top seed Sofia Polcanova in the first game as the Austrian lost 11-5. Yet Polcanova regained control of the match with a dominant display (11-7, 11-5, 11-8) to progress.

Croatia’s Filip Zeljko did not drop a set in the second round of the Men’s Singles against Brazil’s Vitor Ishiy. The Croat qualifier climbed the elite ladder after recording a 3-2 (13-11, 11-9, 11-6) win over the South American. 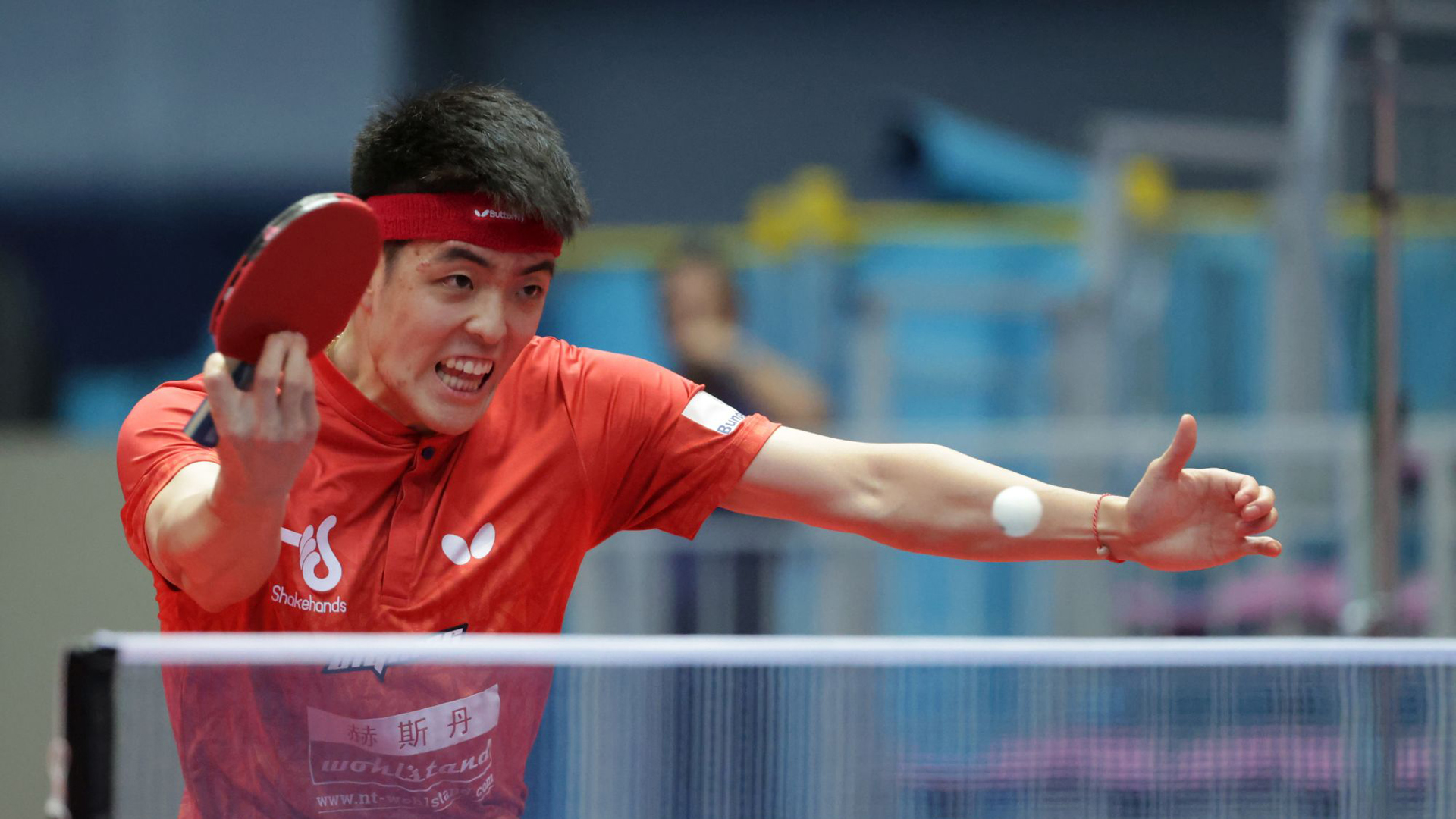 “I am very happy. I did not expect to make it to the quarter-finals in such a great tournament with good players. I was only thinking about how to bag the next points and match. I am happy that I made it to the quarter-final. It was not easy playing against Filus and Lebesson. I had already played against them in the German Bundesliga and European Championships. I knew a little bit about them and what I needed to do to play against them. This is a great tournament with top-level players, and I am very happy that I am here,” said Dyjas.

Sathiyan Gnanasekaran ended Senegal’s Ibrahima Diaw’s Tunisian dream in the second round as the Indian claimed an emphatic 3-0 victory (11-6, 11-9, 11-9) to progress to the last eight.

In the Mixed Doubles quarter-final, WTT Contender Budapest champion Manika Batra and Sathiyan Gnanasekaran of India edged out France’s Prithika Pavade and Alexandre Cassin in a close contest that ended 3-2 (11-8, 7-11, 8-11, 11-4, 11-8).

Second seed Adriana Diaz and Portugal’s Jieni Shao will face each other, while Sweden’s Nina Mittelham will be up against Czech Republic’s Hana Matelova.

In Men’s Doubles semi-final, India’s Harmeet Desai and Sathiyan Gnanasekaran will face a Herculean task when they take on number one seeds from Hungary, Nandor Ecseki and Adam Szudi in the semi-final. France’s Emmanuel Lebesson and Alexandre Cassin will face the Czech duo of Tomas Polansky and Jiri Martinko.