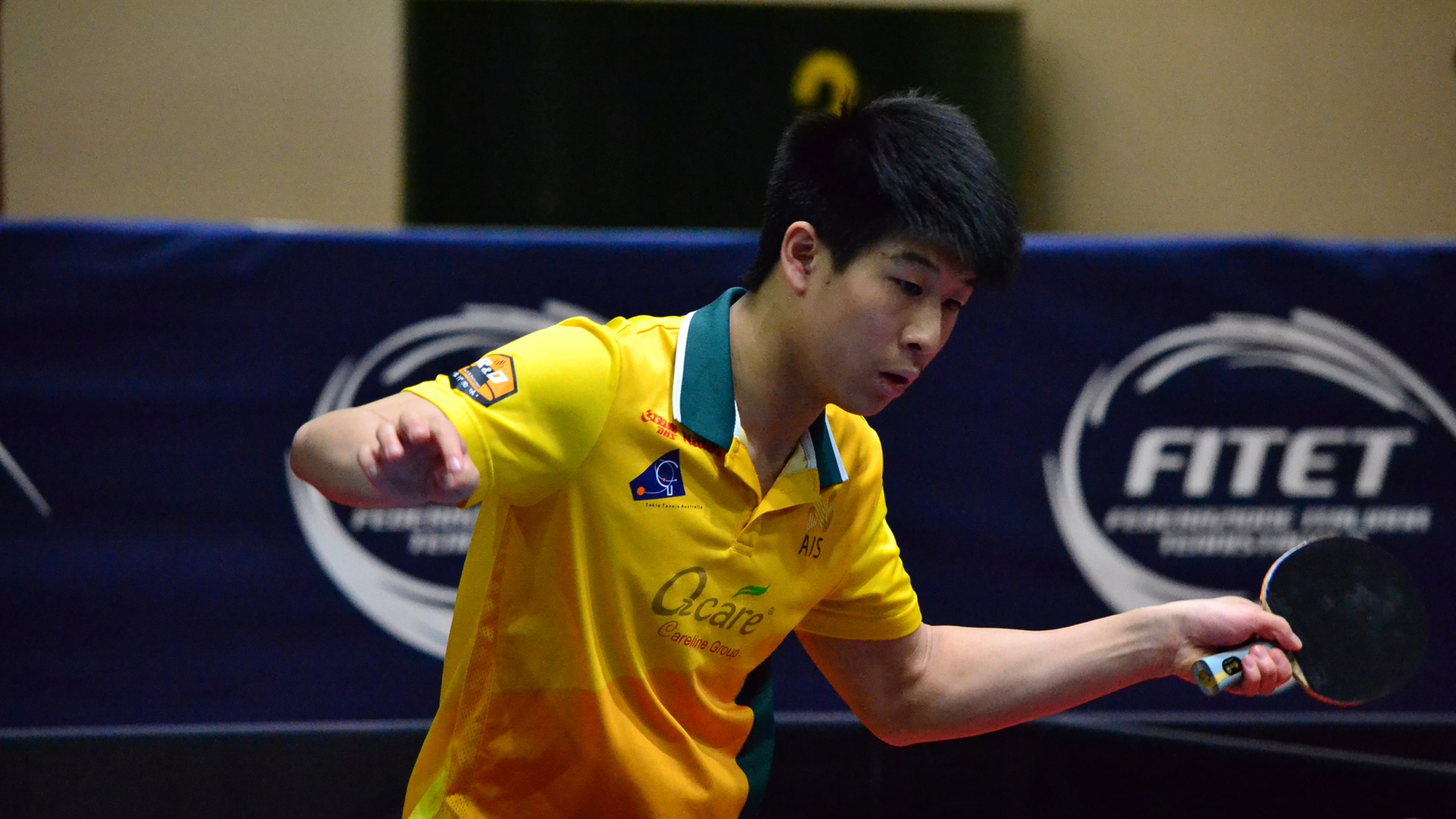 Dropping just a single game on his run to the quarter-finals, Nicholas Lum continued where he left off previously with another 3-0 win at the expense of Czech Republic’s Vit Kadlec (11-3, 11-7, 11-6). Lum showcased his ruthless side again one round later as he added Austrian title favourite Liu Zhenlong’s name to the list of casualties (11-8, 11-5, 12-10).

The final proved a much cagier affair, with Nigeria’s Taiwo Mati pushing Lum hard in a five-game epic. In a match of two halves, Mati established the early foothold after claiming the lead twice in the contest with solid outings in games one and three. However, Lum appeared to relish the challenge as he dug deep to recover a dramatic 3-2 victory (7-11, 13-11, 9-11, 11-5, 11-6).

“I think I played very well during this event right from the group to the final, and I am very happy to win the tournament. I was one of the top-ranked players and I was confident in myself. My goal was to fight for every point, and I played very strong. The final was a very difficult match against a left-hander, and I felt a lot of pressure. I know Taiwo Mati, he is a very good player and it’s uncomfortable to play against him. I fought a lot and in the end, I managed to come back from 1-2 down to win. I am very satisfied with my game. This is my first ever win in this category. This is also my first international tournament since the beginning of 2020, so I had a very long period without international competition. I was looking forward to playing again and I can say this is the best way to resume my activity,” said Nicholas Lum 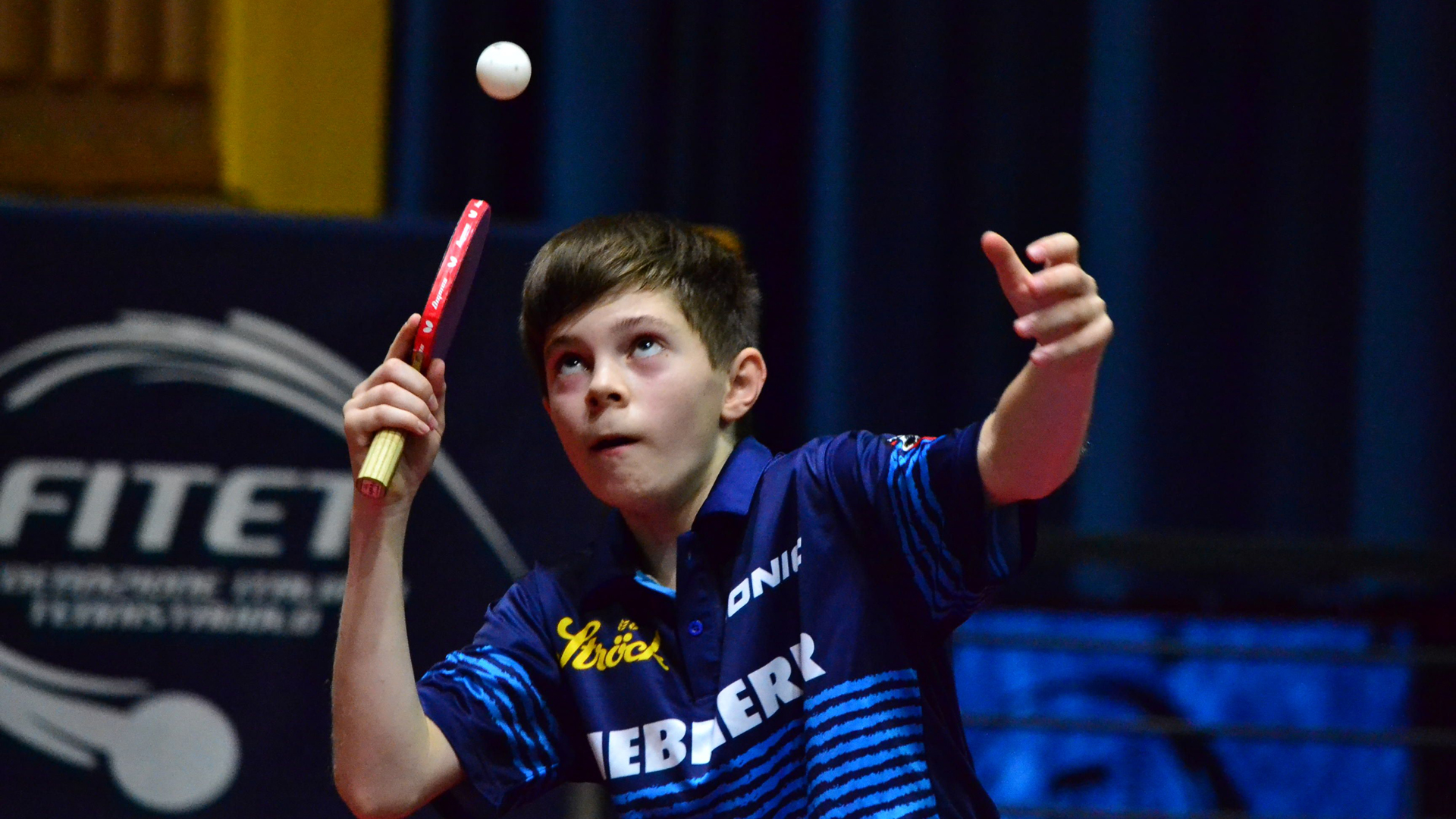 Enjoying a magnificent start to his campaign on Sunday, Hodina encountered Italian opposition for the second round running on his return to the table as Danilo Dmitri Faso fell at the quarter-final hurdle (11-7, 11-5, 8-11, 11-5). A straight games win against Austrian compatriot Patrick Skerbinz (11-3, 13-11, 11-5) landed Hodina his ticket to the final, where he broke local hearts with victory over Italy’s Francesco Trevisan (11-6, 11-8, 6-11, 11-9). Hodina adds a second Under-13 title to his collection, having also prevailed at WTT Youth Contender Varazdin.

“In the final, I was a little tired and I didn’t play at my best. I am happy just the same. Francesco was a good opponent and played well. My performances in the quarter-finals and semi-finals were better. It’s not easy to play when you are the favourite; in the group and in the first round of the main draw I was nervous. This is a good period for me, because in September I won the tournament in Varazdin, and a few days later I was runner up in Otocec. Tomorrow I will play in the Under-15 singles and I hope for the best,” said Petr Hodina

Getting underway at 0900 local time, Tuesday’s programme in Lignano packs a punch with bragging rights up for grabs in the three remaining Boys’ Singles events. Promising plenty of drama from start to finish, day three rounds off in thrilling fashion with the Under-11, Under-15 and Under-19 finals unfolding sequentially from 1715 local time.