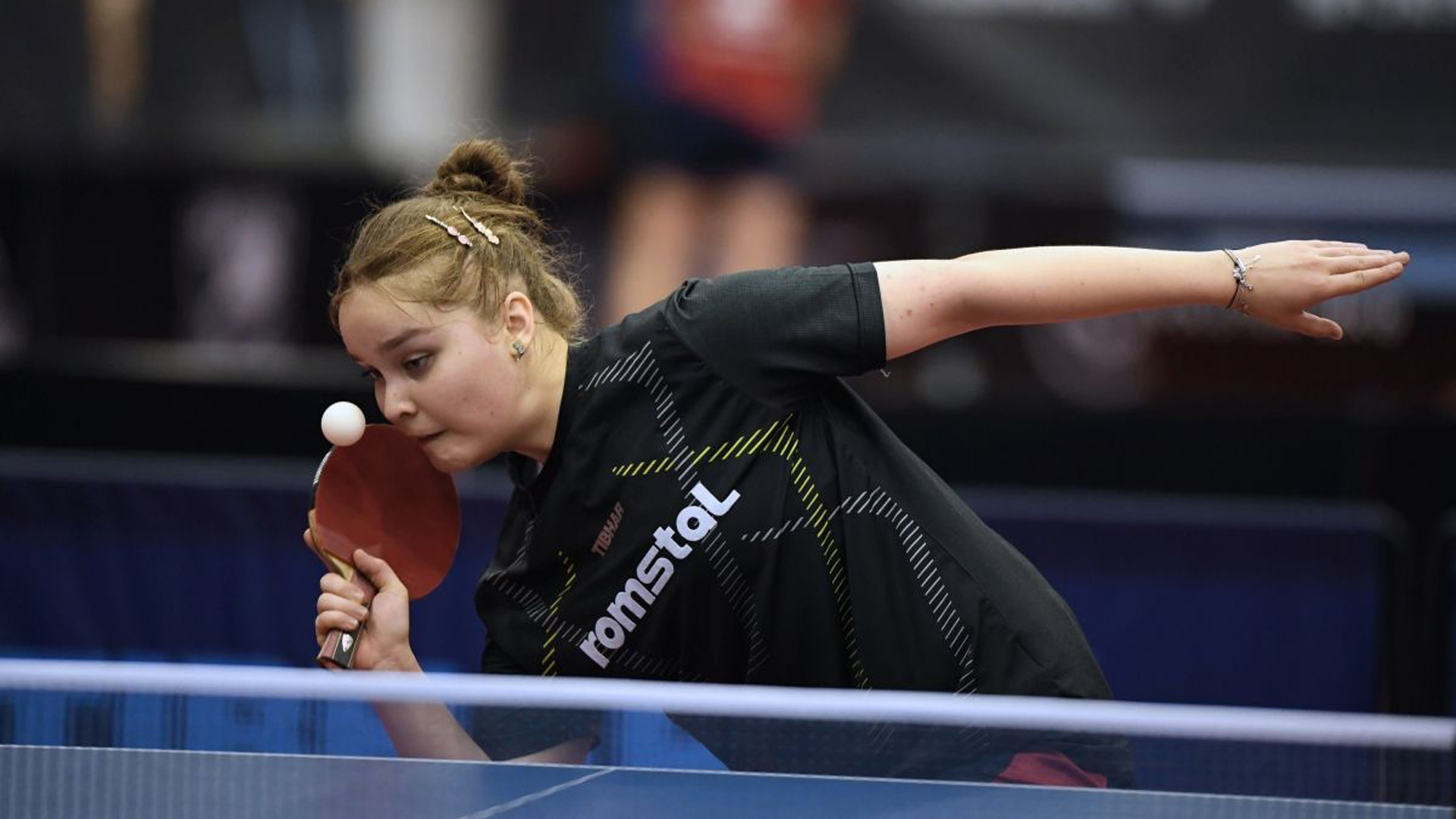 “Both the semi-final and the final were very difficult, but I managed to win! I was in good shape throughout the tournament, and I am very happy that I was able to play equally well in both the doubles and singles,” said Elena Zaharia 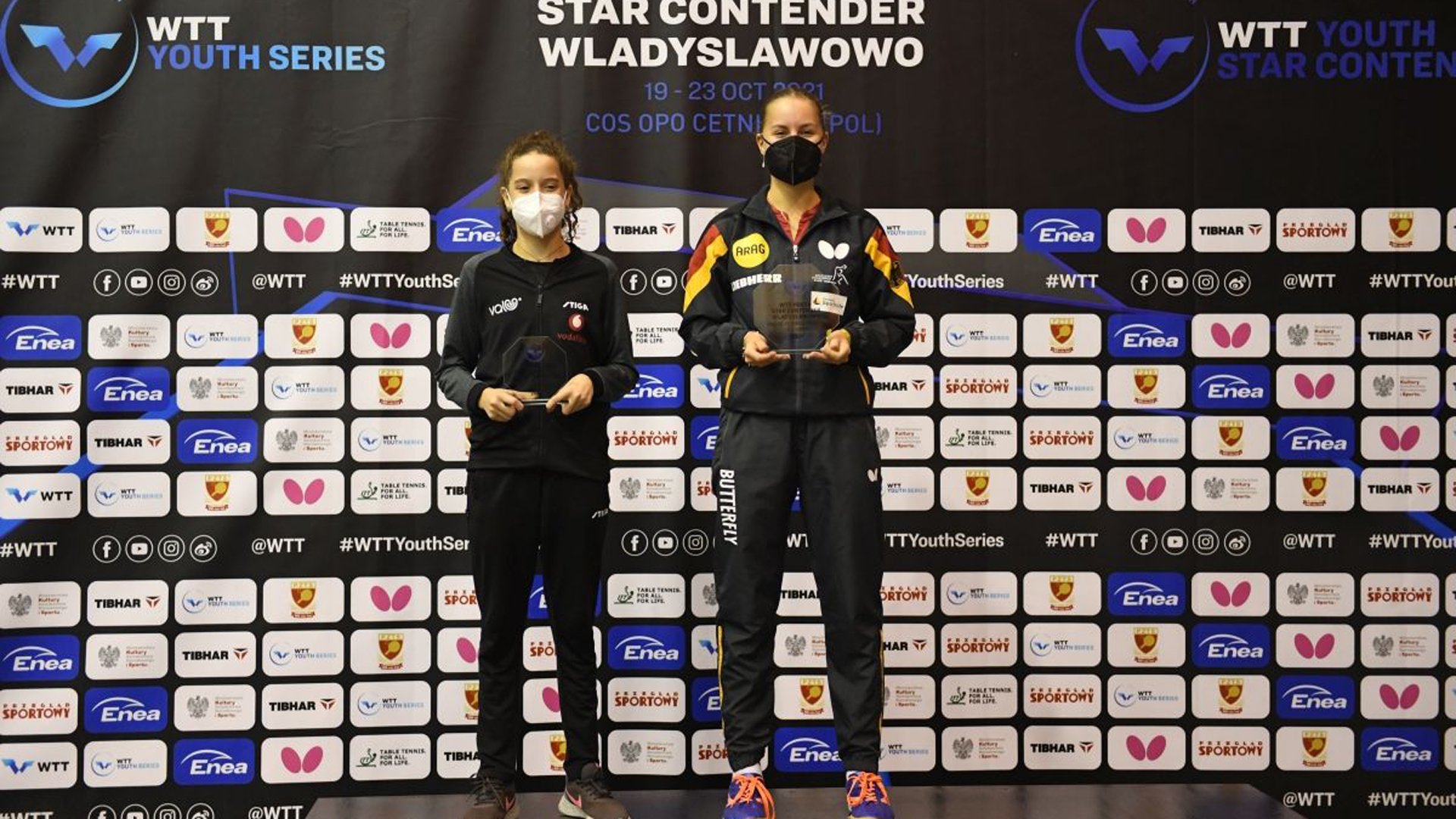 Annett Kaufmann’s name stood out above the rest in the Under-15 Girls’ Singles as she showcased some of her finest table tennis to date on the final day of play.

“It’s hard to put into words how happy I am with this victory. Hana was playing very well, I was losing 0-2, but I knew it wasn’t the end. I didn’t give up, and I managed to win! I am very happy with my attitude in this tournament. I played really well,” said Annett Kaufmann 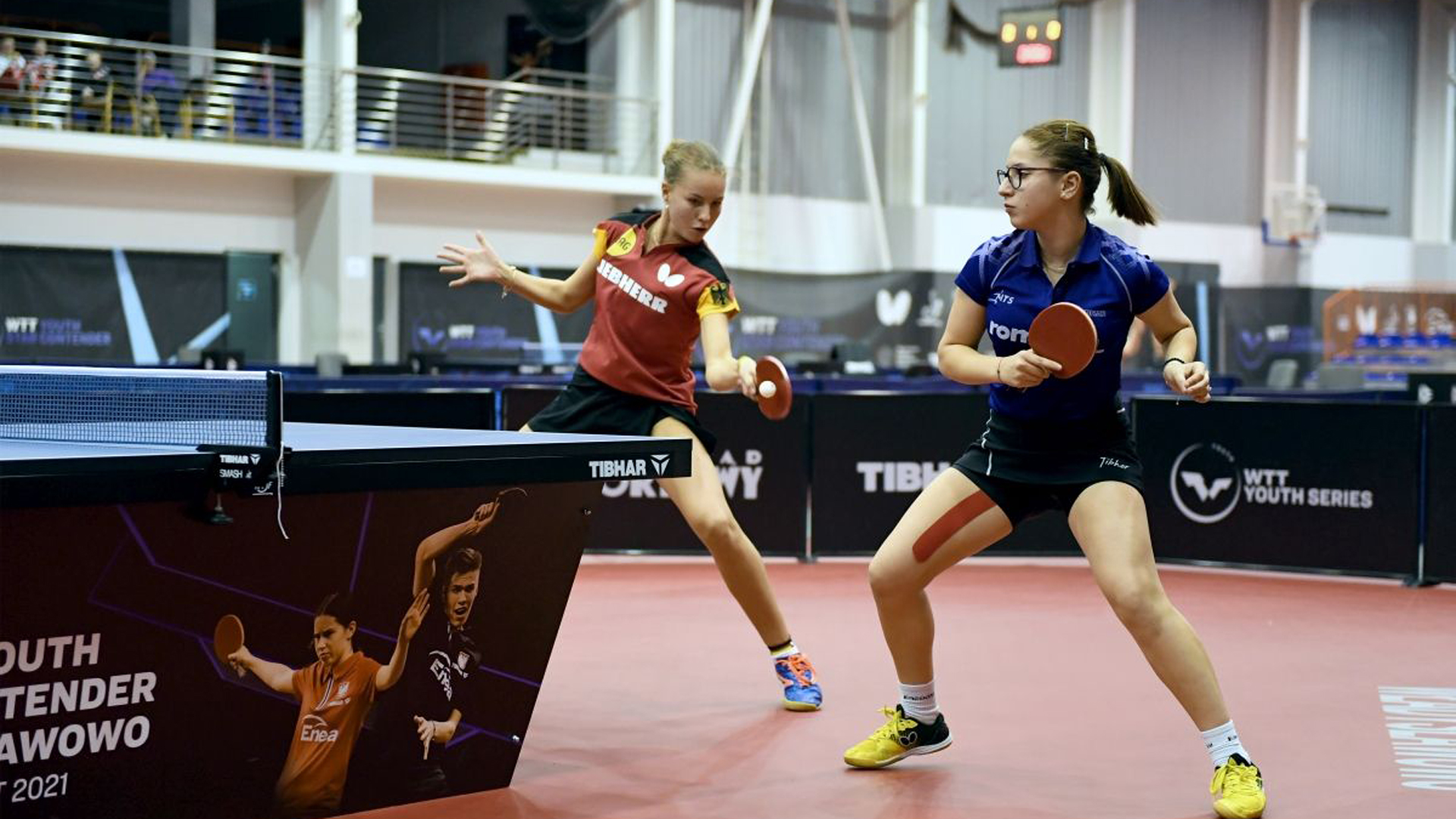 The 15-year-old from Germany also led by example in the Under-15 Girls’ Doubles event. Combining forces with Bianca Mei Rosu, Kaufmann and her Romanian partner very much continued where they left off on day three as they struck another 3-0 victory over Russian counterparts Zlata Terekhova and Anastasiia Ivanova (11-7, 11-5, 11-8).

Local heroes Zofia Sliwka and Milena Mirecka displayed great resolve in the other semi-final, overturning a 1-2 deficit against Eseniia Shirokova and Aleksandra Bokova (11-5, 8-11, 5-11, 11-7, 11-9) to end Russian hopes. The Polish duo enjoyed an encouraging start to the final, but after four engrossing games, it was Kaufmann and Mei Rosu holding the trophy aloft (8-11, 11-6, 11-4, 11-6).

“The final was very difficult. Annett is a great player, and I’m glad we managed to win this tournament together,” said Bianca Mei Rosu

Like Kaufmann, Elena Zaharia’s singles success marked her second title of the day, with the Romanian star also lighting up the Under-19 Girls’ Doubles stage. 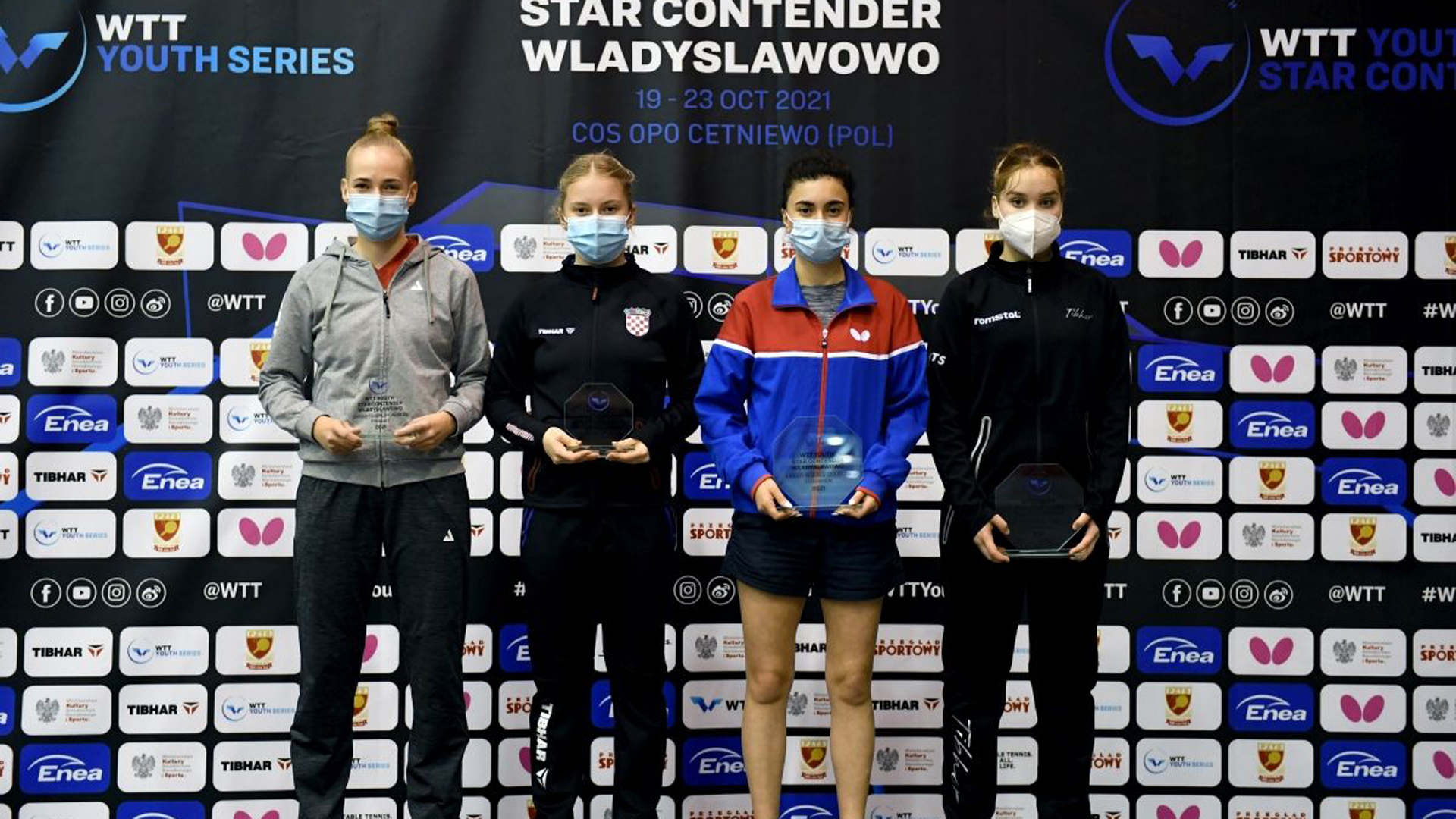 Zaharia and Russian partner Elizabet Abraamian produced a robust semi-final performance to dispatch Romanian opponents Luciana Mitrofan and Ioana Singeorzan 3-0 (11-9, 11-1, 11-5). However, the top-ranked pair were forced right down to the wire in the all-important title decider, with Zaharia and Abraamian snatching victory from the jaws of defeat against Czech Republic’s Linda Zaderova and Croatia’s Hana Arapovic (8-11, 13-11, 9-11, 11-6, 11-4).

“I am very happy because it wasn’t easy to win here. The final was very demanding, but we made it,” said Elizabet Abraamian