India’s Payas Jain and Qatar’s Sultan Al-Kuwari were crowned champions on an exhilarating second day of play at WTT Youth Contender Muscat 2021. The two players overcame their share of adversity, with both finals extended the full distance on Monday 11th October. 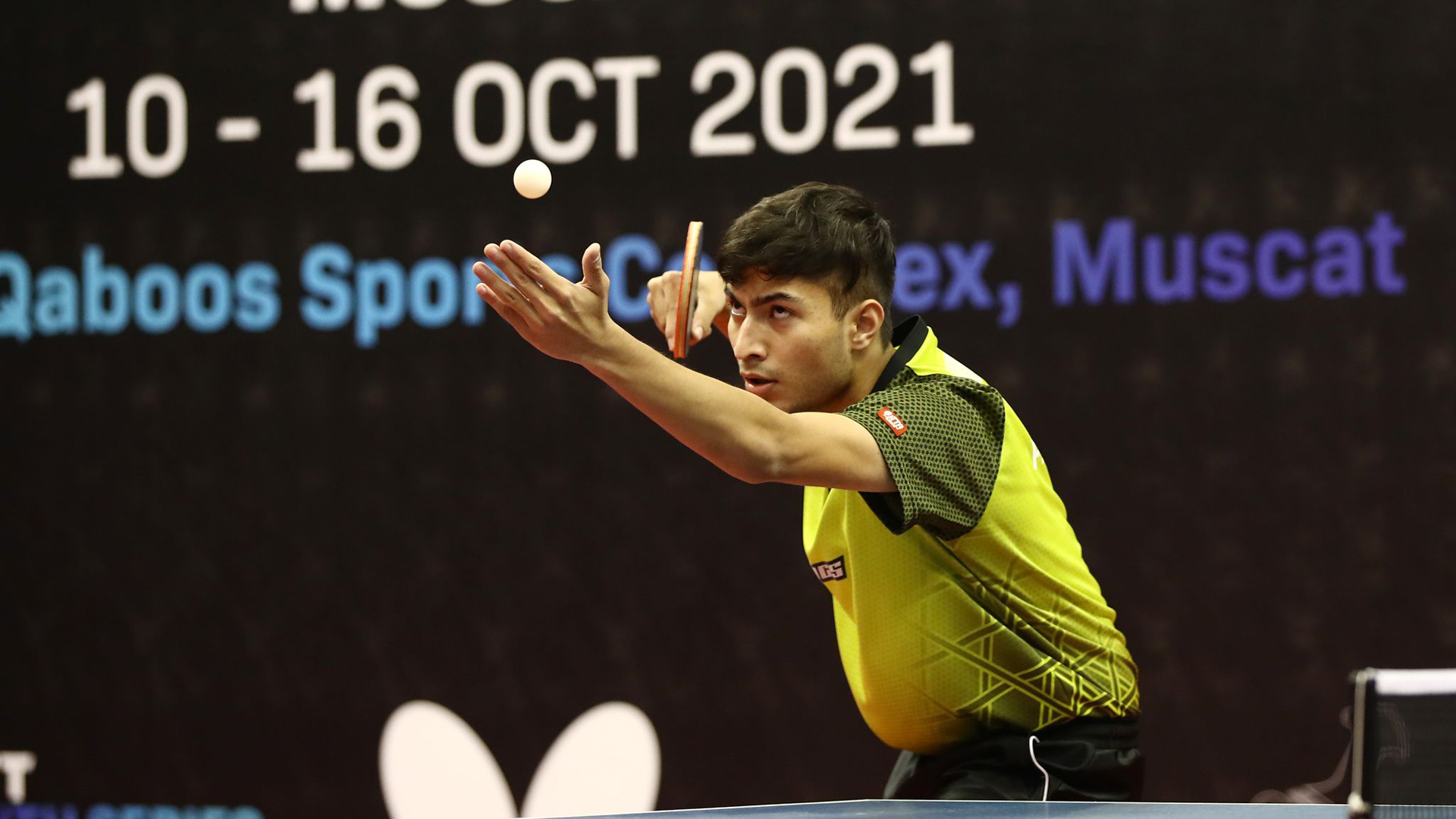 Passing the first test drama-free, but Jain was aware nothing short of his best table tennis would do at the final hurdle, with Alan Kurmangaliyev providing the opposition. Eliminating the second and third-ranked players earlier in the draw, Kazakhstan’s Kurmangaliyev, 14, fought bravely in a pulsating final. However, there was no stopping Jain on this occasion as he held off a late comeback charge (12-10, 11-7, 6-11, 8-11, 11-5) to land his third WTT Youth Series title, having previously won at WTT Youth Contender events in Otocec and Tunis.

“It’s a great feeling for me, it’s my third title this season, and I am really happy to win. I am looking forward to playing the Under 19 Singles tomorrow. I think that my tactics were really good in the final, and it really boosted my confidence during the match. I hope I will play even better tomorrow,” said Payas Jain

Sultan Al-Kuwari emerged from the day’s proceedings with the Under 13 Boys’ Singles trophy in his grasp following an unforgettable day at the office for the 12-year-old from Qatar.

Encountering two familiar faces on day two, Al-Kuwari pulled off a statement win on his return to the table. He accounted for the top-ranked entry and fellow compatriot Ahmed Korani at the semi-final hurdle (11-1, 5-11, 11-8, 14-12), setting up an all-Qatari final with Rawad Alnaser. Crowned Under 13 champion last month at WTT Youth Contender Tunis, Alnaser made the brighter start but couldn’t convert as Al-Kuwari wrapped up the title bout across five taxing games (6-11, 11-9, 5-11, 11-9, 11-8). 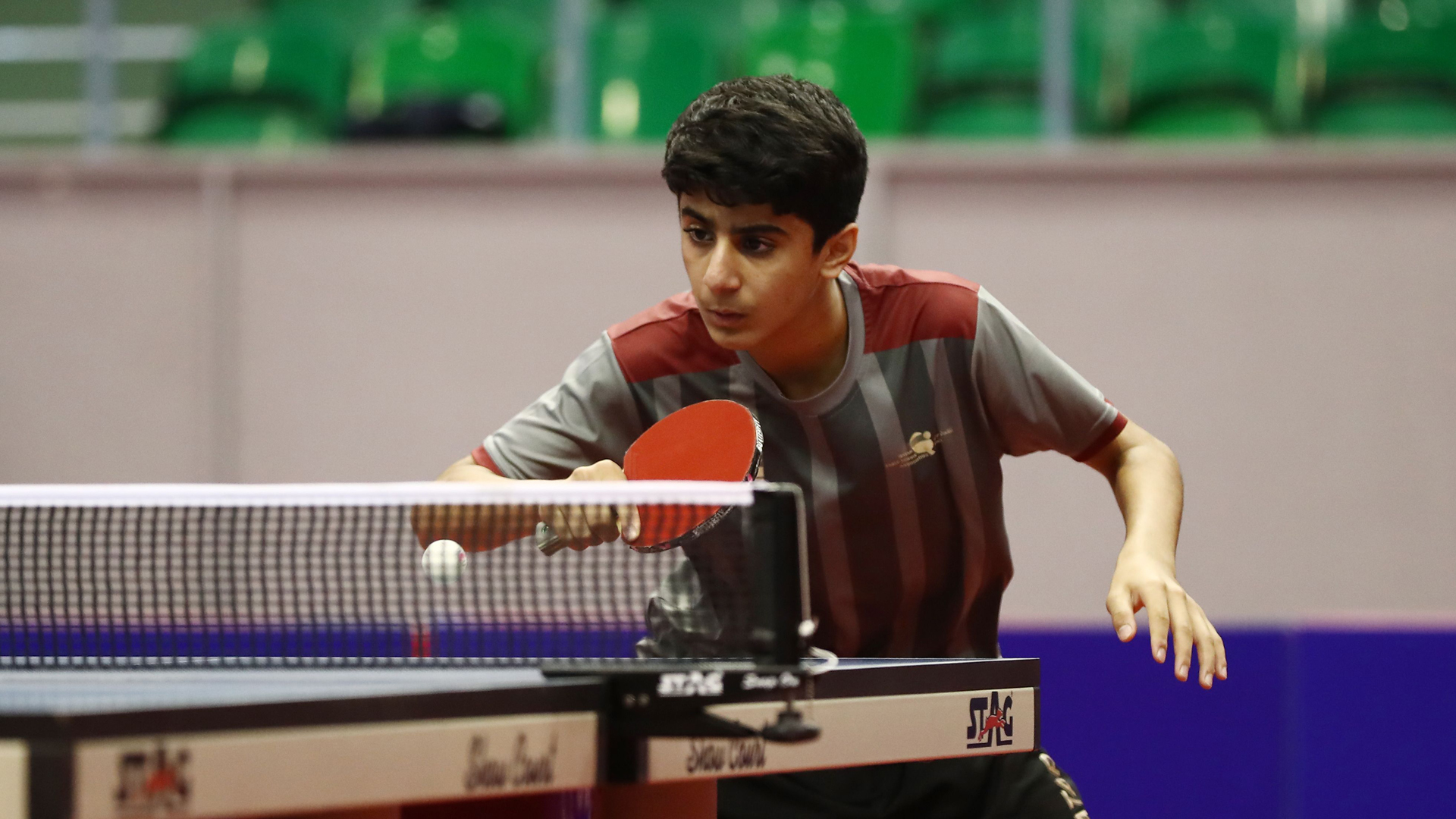 “The final was a hard match, but I feel very good, and I am very happy about it. I have trained very hard, training at least two and a half hours a day, and I think this helped me win the event,” said Sultan Al-Kuwari

Group stage action also featured with hosts Oman celebrating knock-out round qualification for two of its entries. Mashal Al-Shahi secured his passage to the Under 19 Boys’ Singles main draw after beating Qatar’s Ahmed Saadawi (11-8, 9-11, 11-5, 11-9) to a runner-up finish in group three. Luqman Al Farsi replicated that performance in the Under 15 Boys’ Singles group stage, finishing ahead of Sri Lanka’s Lithum Singappulige (11-9, 16-14, 11-9) in group seven. Saudi Arabia’s Abdulrahman Al Taher, Qatar’s Mohammed Al-Saluati and Lebanon’s Michel Abi Nader were the three group winners in the Under 11 event.

The third and final day of Boys’ Singles action promises to deliver plenty of excitement, with three champions still to be crowned. From 1000 through to 1745 local time, players competing on the Under 11, Under 15 and Under 19 fronts will battle it out in unforgiving knock-out round encounters. The two remaining players from each event will then meet for ultimate glory from 1800 local time, with three title deciders rounding off the day’s programme.