Dimitrij Ovtcharov was amongst the list of significant casualties on a scintillating second day of main draw action at WTT Star Contender Doha 2021. 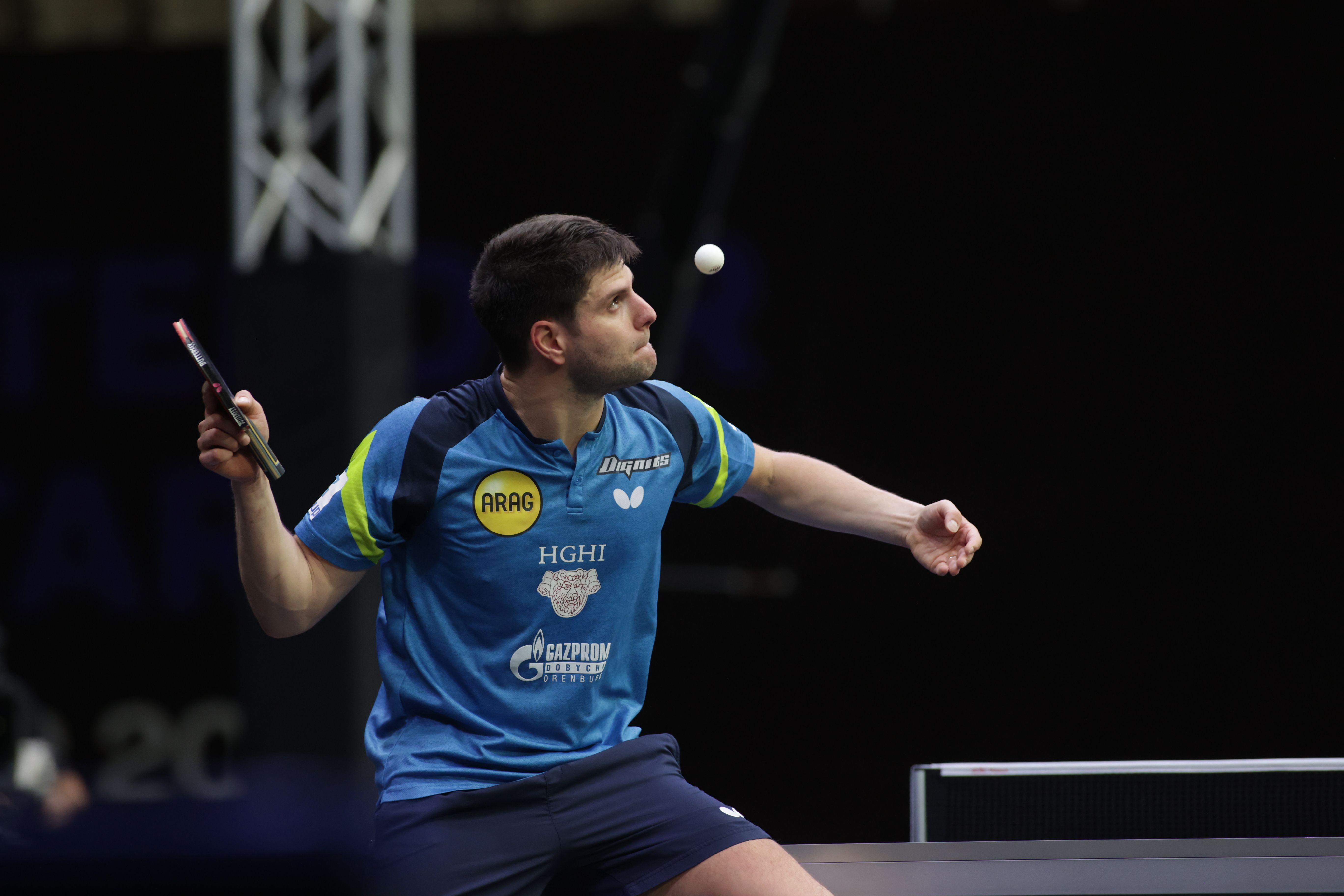 Fresh from his double medal finish at the Tokyo 2020 Olympic Games, Germany’s Ovtcharov was named the top-seeded entry in the Men’s Singles event in Doha. Regarded as one of the hot favourites to lift the trophy, Ovtcharov was left stunned in his first match out on court by a qualifier. The Republic of Korea’s Cho Seungmin was up for the occasion right from point one, and after four jaw-dropping games, it was he who emerged the happier (15-13, 5-11, 16-14, 11-3).

“Before the match, I watched videos of Dima and made my plan based on what I saw. He really focused on using his backhand at the start, but maybe he was nervous, so I thought I had a chance. It was difficult for me, but I believed I could win. I have a strong service which I think European players find difficult to return,” said Cho Seungmin 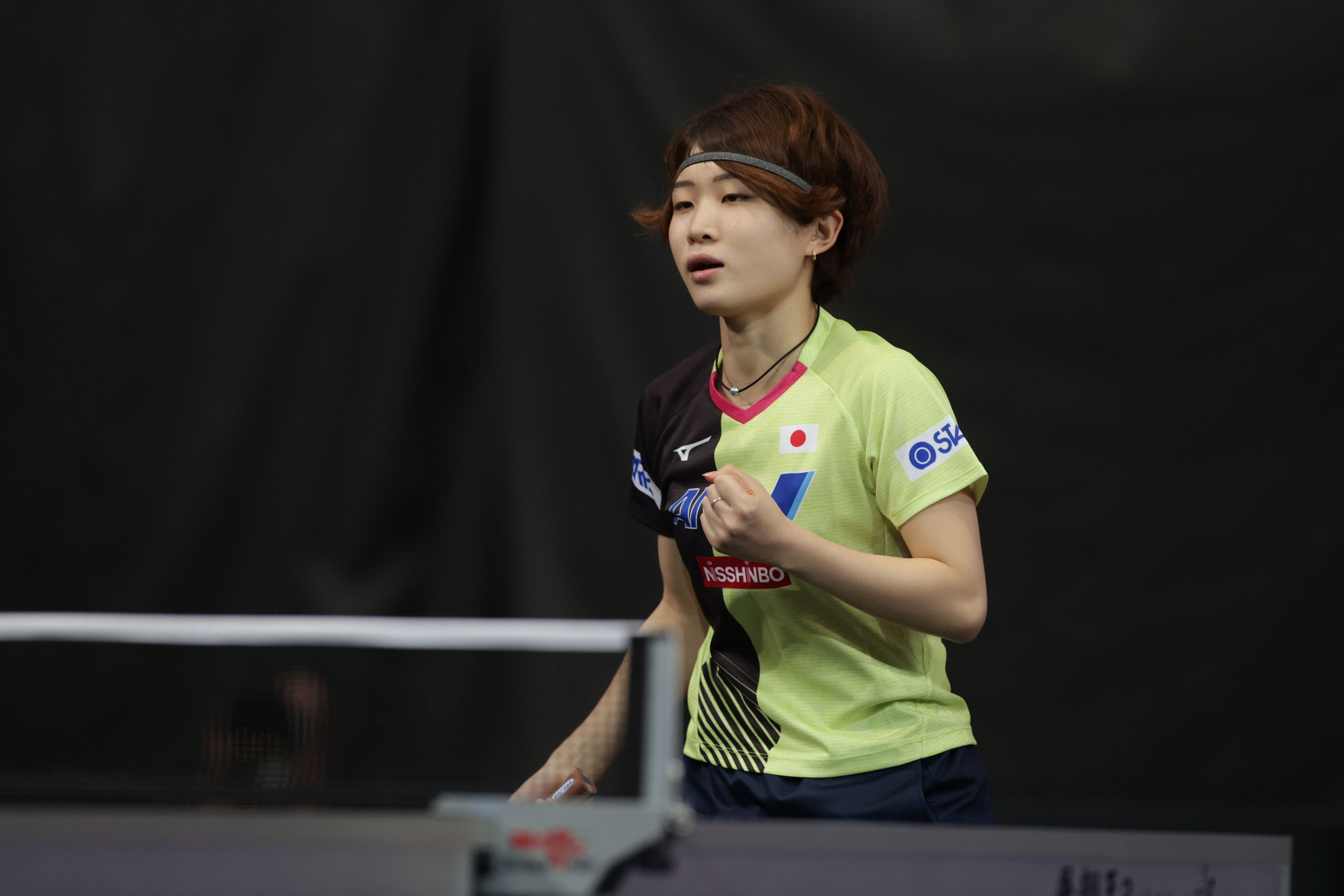 Japan’s Minami Ando fully embraced her time in the spotlight with another sparkling performance in the Women’s Singles draw. Returning to the table with a straight games win over Slovakia’s Barbora Balazova (11-9, 11-5, 11-9), 24-year-old Ando was then given a fantastic opportunity to showcase her talent on table one, which she took with open arms. Trailing the Republic of Korea’s Shin Yubin, 17, by two games, Ando summoned her inner-warrior to defeat her teenage counterpart 3-2 in a sensational turnaround (9-11, 6-11, 11-7, 11-4, 11-2).

One player who negotiated the day with little difficulty was Thailand’s Suthasini Sawettabut. A quarter-finalist earlier in the year at WTT Contender Doha 2021, Sawettabut has achieved that feat once again at the Lusail Sports Arena off the back of impressive outings against Portugal’s Shao Jieni (14-12, 8-11, 11-7, 11-6) and Hong Kong, China’s Ng Wing Nam (11-7, 11-8, 11-9).

“I’m really happy to win 3-0. I will try my best to outperform my last performance of a quarter-finals finish here in Doha. My opponent from Hong Kong, China played well, but I managed to control the game,” said Suthasini Sawettabut 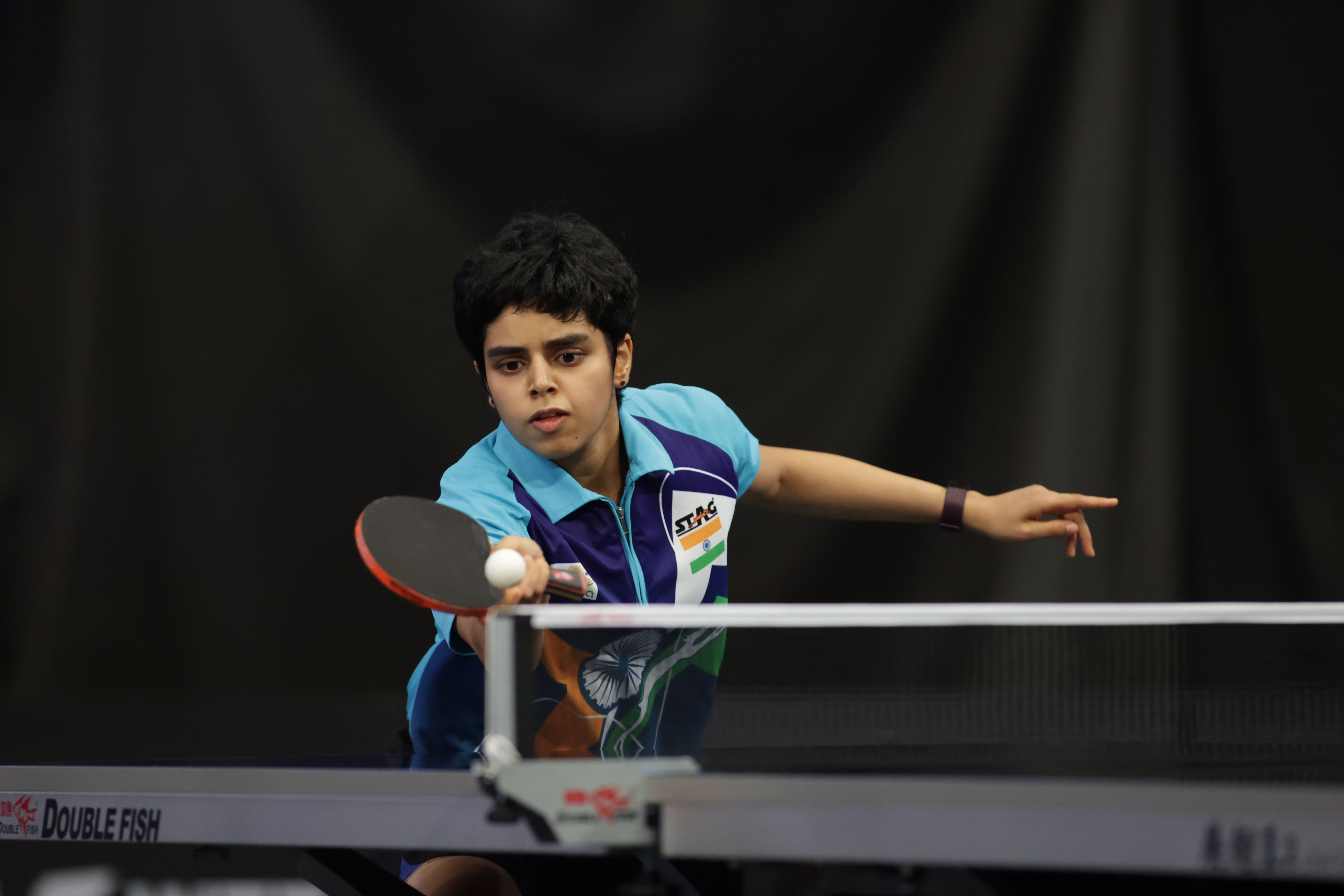 The Mixed Doubles event also saw its fair share of drama on day two, with two seeded entries bowing out at the quarter-final hurdle. Third seeds Ho Kwan Kit and Lee Ho Ching struggled to get up to speed with the Hong Kong, China duo losing out to Japan’s Shunsuke Togami and Hina Hayata (11-3, 11-2, 7-11, 11-4). Brazil’s Vitor Ishiy and Bruna Takahashi, seeded fourth, exited at the same hurdle with the Republic of Korea’s Jang Woojin and Jeon Jihee holding simply too much firepower (11-4, 11-7, 11-7).

Germany’s Dang Qiu and Benedikt Duda became the latest high-profile pair to fall in the Men’s Doubles event, meaning none of the four seeded combinations remain in contention. The second seeds started their quarter-final well but failed to capitalise on an early lead as Japan’s Yukiya Uda and Shunsuke Togami came away with a 3-1 win (9-11, 11-3, 11-6, 13-11). In the opposite half of the draw, England’s Paul Drinkhall and Liam Pitchford also emerged victorious as Austria’s Robert Gardos and Daniel Habesohn lost out in gruelling fashion despite their best efforts to recover (11-9, 12-10, 4-11, 10-12, 13-11). 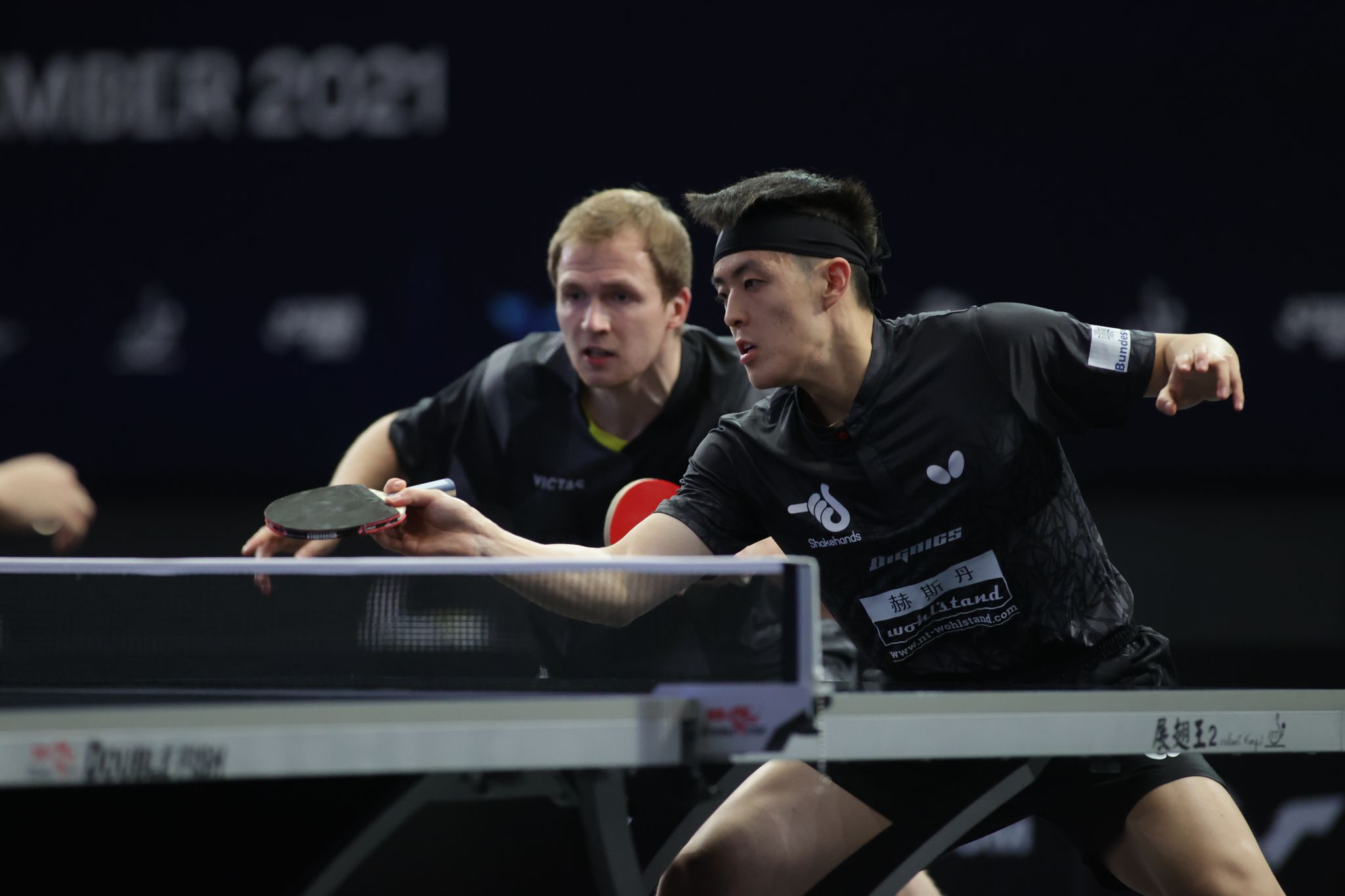 Two quarter-final fixtures were also played out in the Women’s Doubles event. At the summit of the draw, top seeds Yang Haeun and Jeon Jihee didn’t need long to secure their progress as the Republic of Korea pair accounted for Singapore’s Wong Xin Ru and Goi Rui Xuan (11-4, 11-3, 11-5). The other fixture resulted in a Singapore victory, with Zeng Jian and Lin Ye holding the slight edge against Chinese Taipei’s Chen Szu-Yu and Li Yu-Jhun (13-11, 9-11, 11-9, 7-11, 11-8).

Friday’s programme opens from 1100 local time in Doha with Ukraine’s Margaryta Pesotska and Brazil’s Bruna Takahashi battling it out for the right to guide their continent into the last four of the Women’s Singles event. In the Men’s Singles, Finnish qualifier Benedek Olah then takes to table one from 1200 as he seeks to upset another seeded opponent in the Republic of Korea’s Lee Sangsu.

From 1430 local time, Japan’s Hina Hayata and Minami Ando meet face-to-face with national pride and a Women’s Singles semi-final ticket on the line. Meanwhile, Brazilian number two seed Hugo Calderano takes on French number five seed Simon Gauzy in a cracking Men’s Singles quarter-final from 1530. The first title is also up for grabs on day three as the Mixed Doubles race concludes with the final scheduled from 16.00.