Packed with drama from start to finish, the opening day of main draw action at WTT Star Contender Doha 2021 certainly lived up to the hype. Shock results and unexpected departures dominated the headlines at the Lusail Sports Arena as players from all corners of the globe stated their intentions on Wednesday 22nd September. 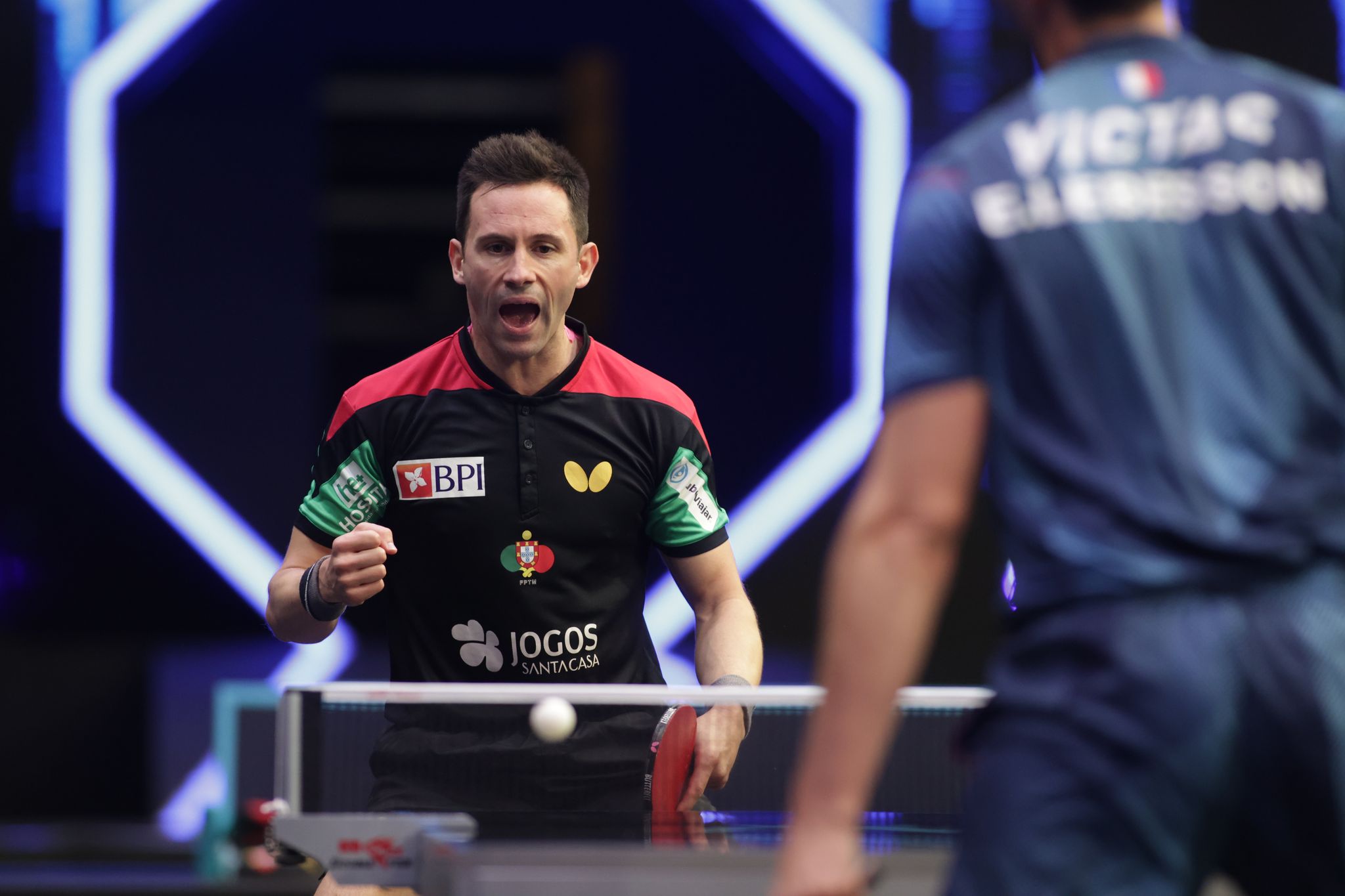 Portugal enjoyed a day to remember on the Men’s Singles front, with all three of the country’s competitors involved on table one emerging victorious. Joao Monteiro proved the man of the hour after conjuring up a commendable 3-1 win over former European Champion Emmanuel Lebesson of France (11-8, 11-9, 8-11, 12-10). An ecstatic Monteiro joins fellow countrymen Tiago Apolonia and Joao Geraldo in the Round of 32 following their successful outings against Japan’s Yukiya Uda (11-13, 11-6, 11-6, 11-6) and Iran’s Noshad Alamiyan (11-6, 11-9, 11-9) respectively.

“It was a very difficult match against a very good player. The last two times I played against him I lost, so I knew it would be very difficult. I started well, I took the lead and reached 2-0, but I knew the match wasn’t finished and that he would continue to give me trouble. I kept my focus and eventually won, which I’m happy about,” said Joao Monteiro 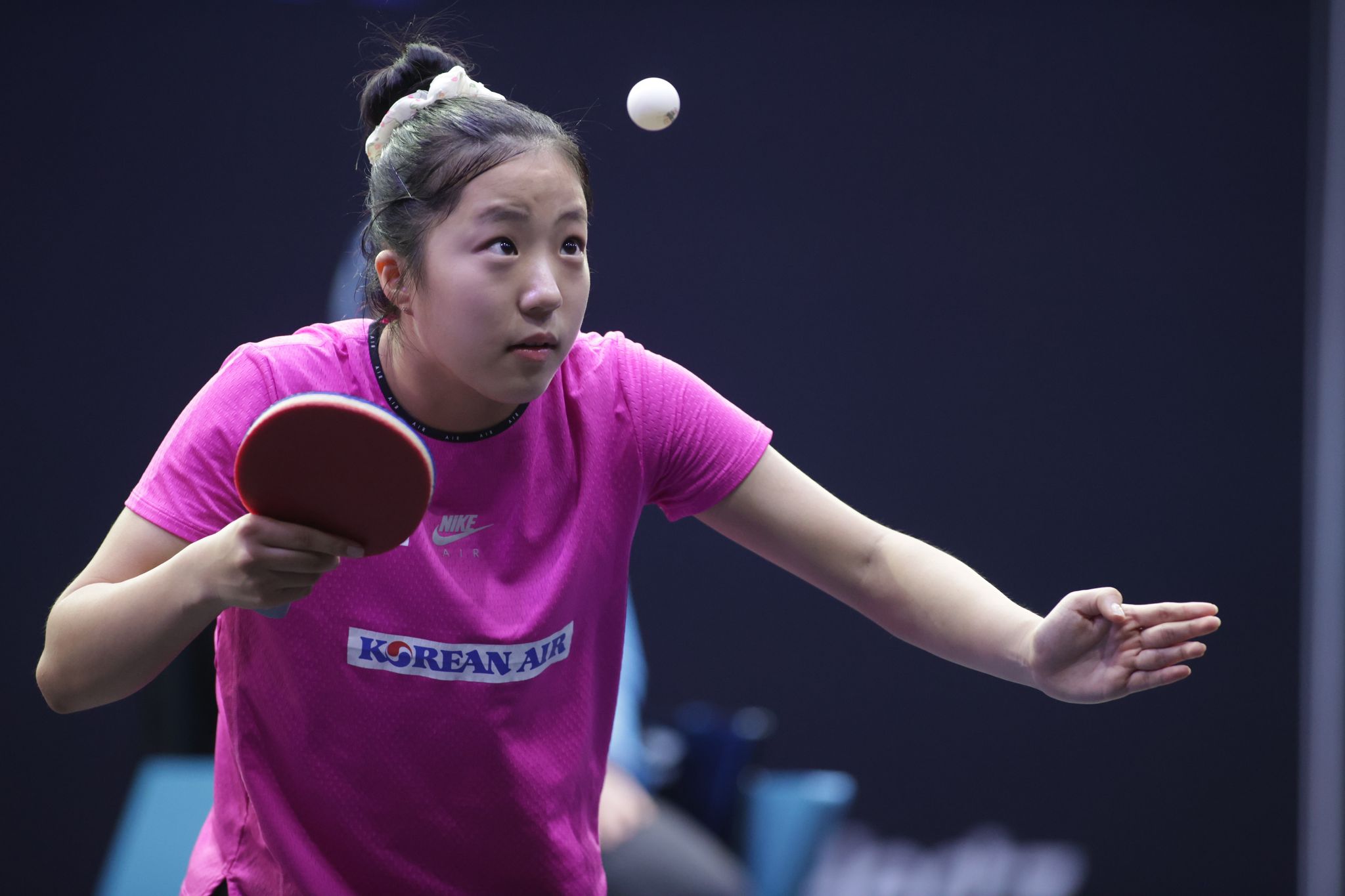 Reaching the quarter-finals on her last appearance in Doha, teenage ace Shin Yubin made an impressive start to the Women’s Singles event. The 17-year-old from the Republic of Korea saw off an experienced opponent in Luxembourg’s Sarah De Nutte, 28, in the Round of 64 (8-11, 11-7, 11-5, 11-4) to set up a fascinating head-to-head with Japanese defender Hitomi Sato.

Not one, not two, but three of the top four seeds crashed out at the first hurdle on an unforgettable day of Men’s Doubles action. Top seeds Chen Chien-An and Chuang Chih-Yuan of Chinese Taipei were stunned as England’s Paul Drinkhall and Liam Pitchford chalked up a superb 3-1 victory (11-7, 11-1, 5-11, 11-7). Iran’s Nima Alamian and Noshad Alamiyan, seeded third, failed to build on an early lead against Hong Kong, China’s Ng Pak Nam and Lam Siu Hang (6-11, 11-5, 11-9, 11-3). Slovenia’s Bojan Tokic and Belgium’s Cedric Nuytinck condemned the Republic of Korea’s Lim Jonghoon and Lee Sangsu, third seeds, to elimination (7-11, 11-8, 11-6, 11-7).

A vastly experienced combination on the global stage, Slovakia’s Lubomir Pistej and Barbora Balazova were left with more questions than answers after a perplexing start to the Mixed Doubles draw. The top seeds held a two-game lead against Chen Chien-An and Chen Szu-Yu only to lose out to the Chinese Taipei pair in five extraordinary games (4-11, 9-11, 11-4, 11-7, 11-5). In contrast, second seeds Wong Chun Ting and Doo Hoi Kem celebrated Round of 16 success with the Hong Kong, China duo prevailing 3-0 over India’s Manav Vikash Thakkar and Archana Girish Kamath (11-8, 11-7, 11-8). 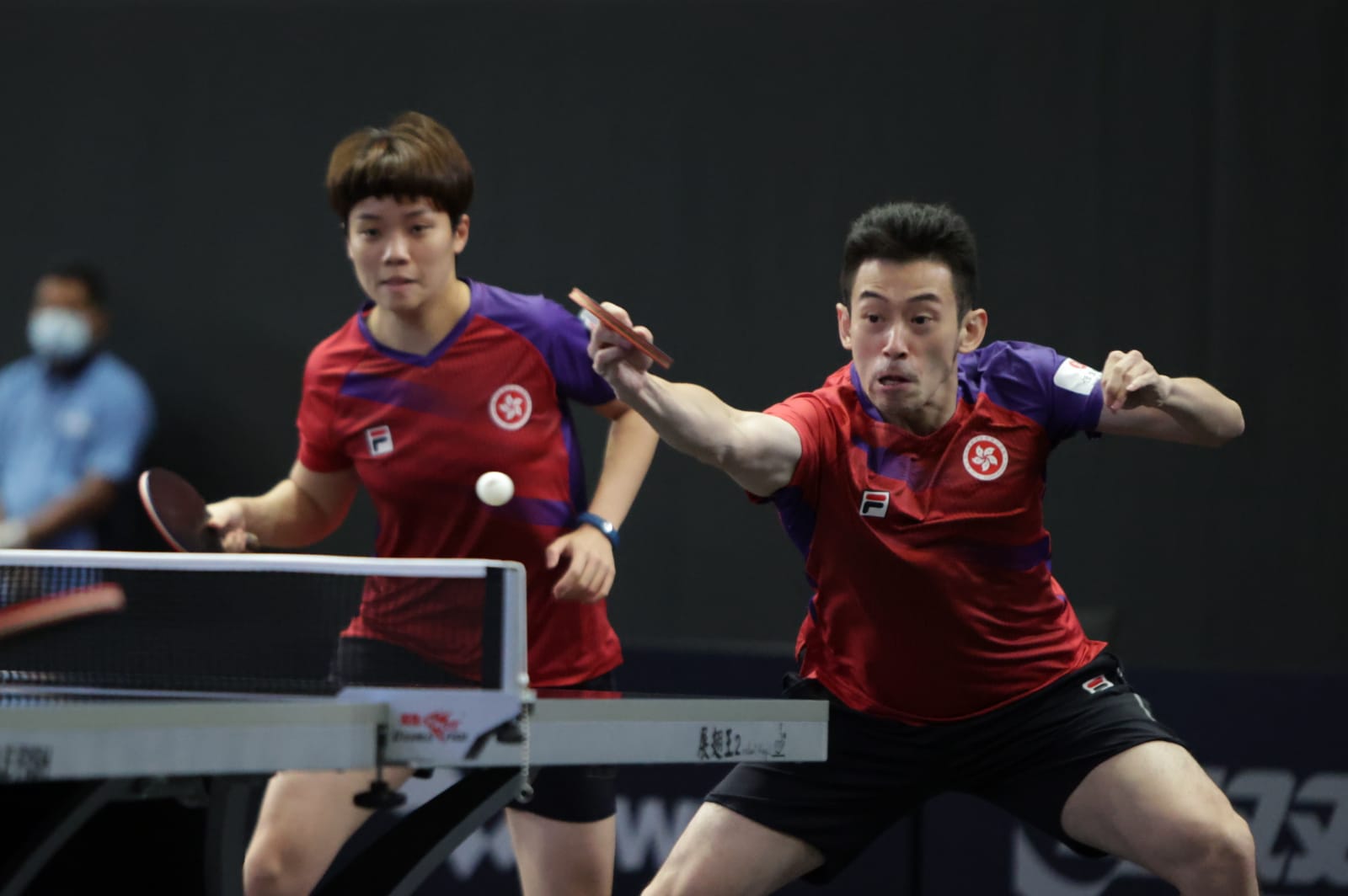 “As this is our first match, we were a little unused to the arena initially, but we slowly found our rhythm,” said Wong Chun Ting

“Post-Olympics, we had many media activities in Hong Kong, China, so we haven’t had much-structured training back home. I’ll just focus on giving my all and maintain a positive mindset throughout the competition,” said Doo Hoi Kem

The Women’s Doubles’ top seeds couldn’t have asked for a brighter start to life in Doha as the Republic of Korea’s Jeon Jihee and Yang Haeun stormed past fellow compatriots Lee Zion and Choi Hyojoo 3-0 (11-4, 11-4, 11-5). However, the same couldn’t be said for the number two seeds as Japan’s Saki Shibata and Hitomi Sato suffered a Round of 16 defeat to Singapore’s Lin Ye and Zeng Jian (11-6, 11-4, 11-7).

Day two of the main draw will get underway from 1030 local time. Thursday’s action starts with a thrilling Round of 32 encounter from the Women’s Singles event between two Asian stars as Chinese Taipei’s Cheng Hsien-Tzu and Hong Kong, China’s Doo Hoi Kem face off. Then, from 1200, two ambitious European pairs take to the table for a ticket to the Men’s Doubles semi-finals as England’s Liam Pitchford and Paul Drinkhall meet Austria’s Robert Gardos and Daniel Habesohn.

The first table one fixture of the day plays host to an all-Latin American affair in the Men’s Singles draw, with Paraguay’s Marcelo Aguirre and Brazilian number two seed Hugo Calderano standing opposite one another. Meanwhile, top seed Dimitrij Ovtcharov opens his account from 1500 local time as the German takes on Republic of Korea’s Cho Seungmin. Four exciting quarter-final fixtures from the Mixed Doubles event cap off the day from 1630 onwards, with Round of 16 action arriving soon after from the singles events.

Hiroto Shinozuka and Miyuu Kihara in harmony, gold for Japan

Day belongs to Sora Matsushima and Miwa Harimoto, outstanding on all fronts