Lebrun crowned champion against the odds in Lisbon

Felix Lebrun, 15, was crowned Under 19 Boys’ Singles champion on a dramatic final day at WTT Youth Star Contender Lisbon 2021. Rising above the odds, the French player negotiated a difficult draw to lift the trophy on Wednesday 22nd September. 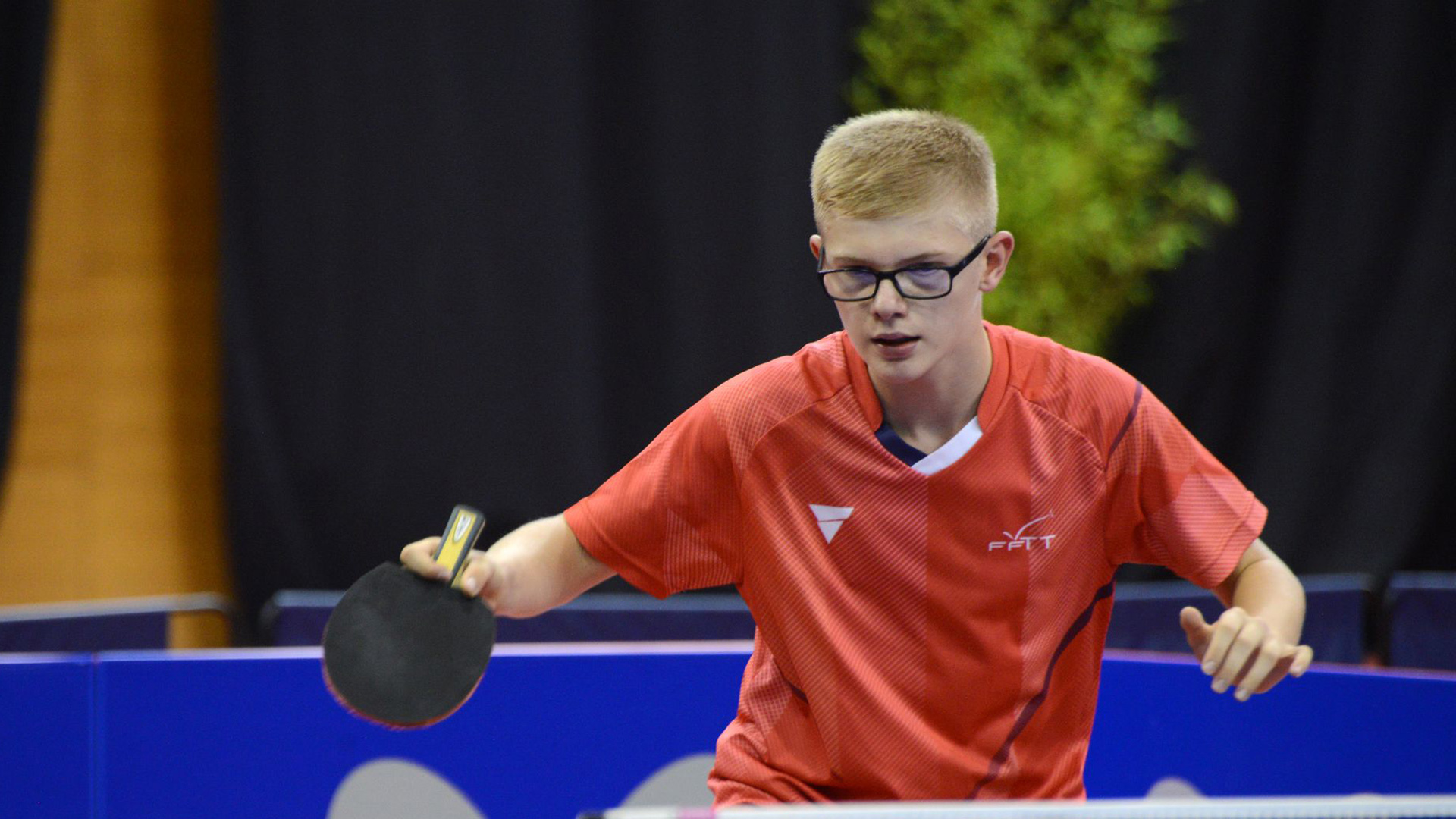 Fresh from beating top-ranked entry Adrien Rassenfosse of Belgium in the group stage, Lebrun followed up by opening his main draw account with victory over French teammates Alexis Kouraichi and Thibault Poret. A young man with the wind in his sail, Lebrun pulled off a stunning upset in the semi-finals as he sent Russia’s Vladimir Sidorenko home (11-7, 6-11, 12-10, 11-6).

One step away from jubilation, Lebrun ended his incredible campaign in style, taking down Iran’s Navid Shams 3-1 (11-6, 11-8, 9-11, 12-10). Lebrun now holds two WTT Youth Series titles to his name, having won the Under 17 Boys’ Singles event in Havirov, Czech Republic, in June.

“I feel very happy. It was a very difficult match against Navid Shams, and the last game shows it. The feeling is incredible. As the match continued, I played better and better. Navid didn’t play in any international tournaments in the last two or three years, so before the match, I had no idea what to expect. I didn’t expect to win the tournament, especially against three higher-ranked players in Rassenfosse, Kouraichi and Sidorenko, so I’m very happy,” said Felix Lebrun

The Under 15 Boys’ Singles title race also unfolded somewhat unexpectedly on the final day in Lisbon as Czech Republic’s Stepan Brhel outclassed the rest of the field.

Sweden’s Isak Alfredsson, and France’s Antoine Jean Christian Noirault and Flavien Coton fell at Brhel’s hands in the lead-up to the final, where he saved his best result until last. Facing the most formidable opponent on paper, Brhel produced an inspirational performance to stun the draw’s highest-ranked player, Hungary’s David Szantosi, 3-2 (11-9, 9-11, 11-9, 6-11, 11-5). 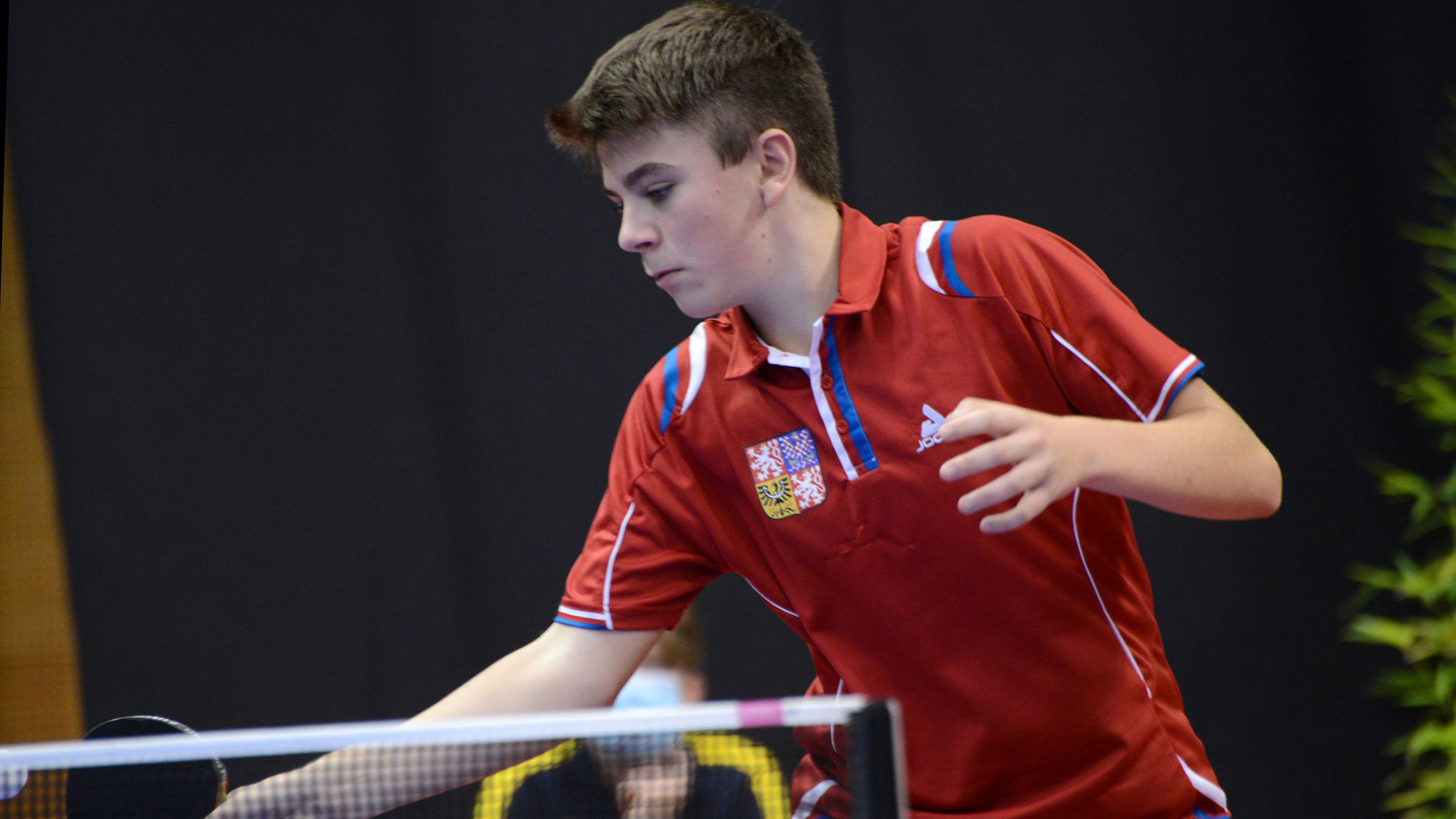 “I feel very good and I’m so happy that I won this match, as it was one of the hardest matches I played in my life so far. I knew that he is a very good player, and that it would not be easy to have a good result. I didn’t even think I could win, so I’m happy with how the game ended. It was one of the best tournaments in my life!” said Stepan Brhel

Brhel also featured in the Under 15 Boys’ Doubles final, standing alongside Martin Sip. However, the Czech Republic experienced defeat on this occasion as Germany’s Lleyton Ullmann and Spain’s Daniel Berzosa delivered a crushing 3-0 display (11-4, 11-7, 11-5).

“I feel amazing to have won this tournament with Daniel. We played together at the European Championships; we have continued to play better and better, and now we have won. In the final, we played our best match together. We mix very well, and we are ready to play against teams from another age group, maybe even Under 19s,” said Lleyton Ullmann

The Under 19 Boys’ Doubles event saw France collect another trophy, and once again, Felix Lebrun proved instrumental to the success. Lebrun and partner Alexis Kouraichi put their differences aside following their head-to-head meeting on the singles front, combining to deadly effect in the doubles. At the final hurdle, Lebrun and Kouraichi navigated a tricky encounter against Norway’s Borgar Haug and Belgium’s Nicolas Degros (13-11, 11-9, 9-11, 11-4) to leave Lisbon all smiles.

“I played very well. I played for my colleague, and I’m also very happy to win here in Lisbon. We played very well against Sidorenko and Makarov from Russia in the first round, and that result gave us the confidence we needed to go on and win here,” said Alexis Kouraichi