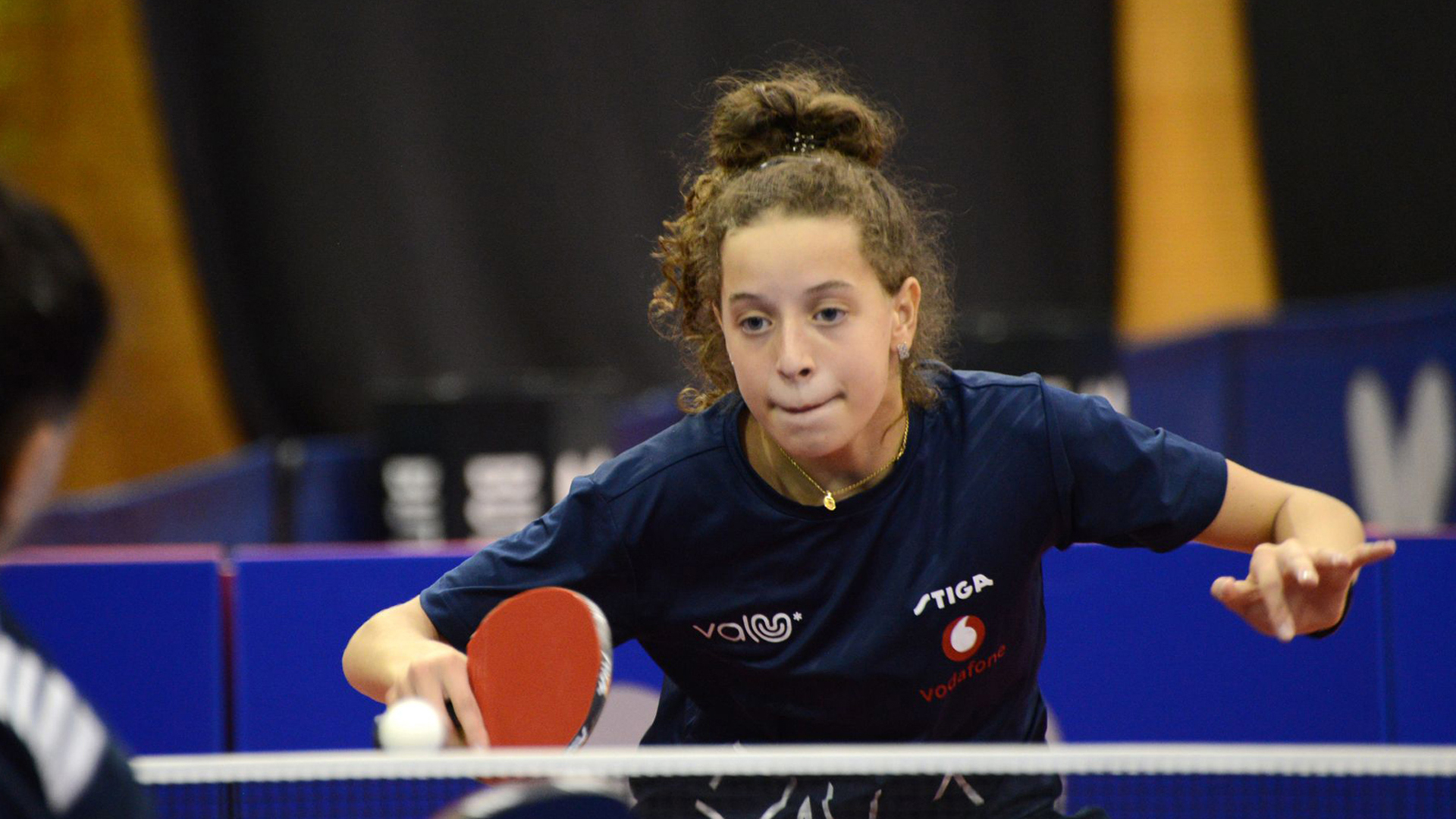 The 13-year-old breezed through the group stage without dropping a game on the opening day of play and maintained her faultless record in the knock-out draw. Germany’s Jele Stortz, France’s Gaetane Bled and Belarus’ Veranika Varabyova fought bravely; however, none managed to lay a finger on a relentless Goda. Finally, Zlata Terekhova gave it her best shot, but it wasn’t to be for the Russian as a fatigued Goda finished the job (11-2, 11-4, 11-7).

“I loved this tournament. The atmosphere and the sports hall were very good, and everything was managed very well. I’m very, very tired. I can’t stand on my legs right now; the last two days felt like the longest ever as I played twelve matches. All the matches were really hard, and if the last match was a little bit longer, I wouldn’t have been able to produce the performance that I did because I was exhausted. It’s something that gives me the confidence boost that I needed after losing the African Championships,” said Hana Goda

Camille Lutz stood out above the rest in the Under 19 Girls’ Singles draw following an eventful day at the office for the French star. A shock round of 16 for world number two Vlada Voronina of Russia blew the draw wide open, and Lutz didn’t pass up the opportunity. 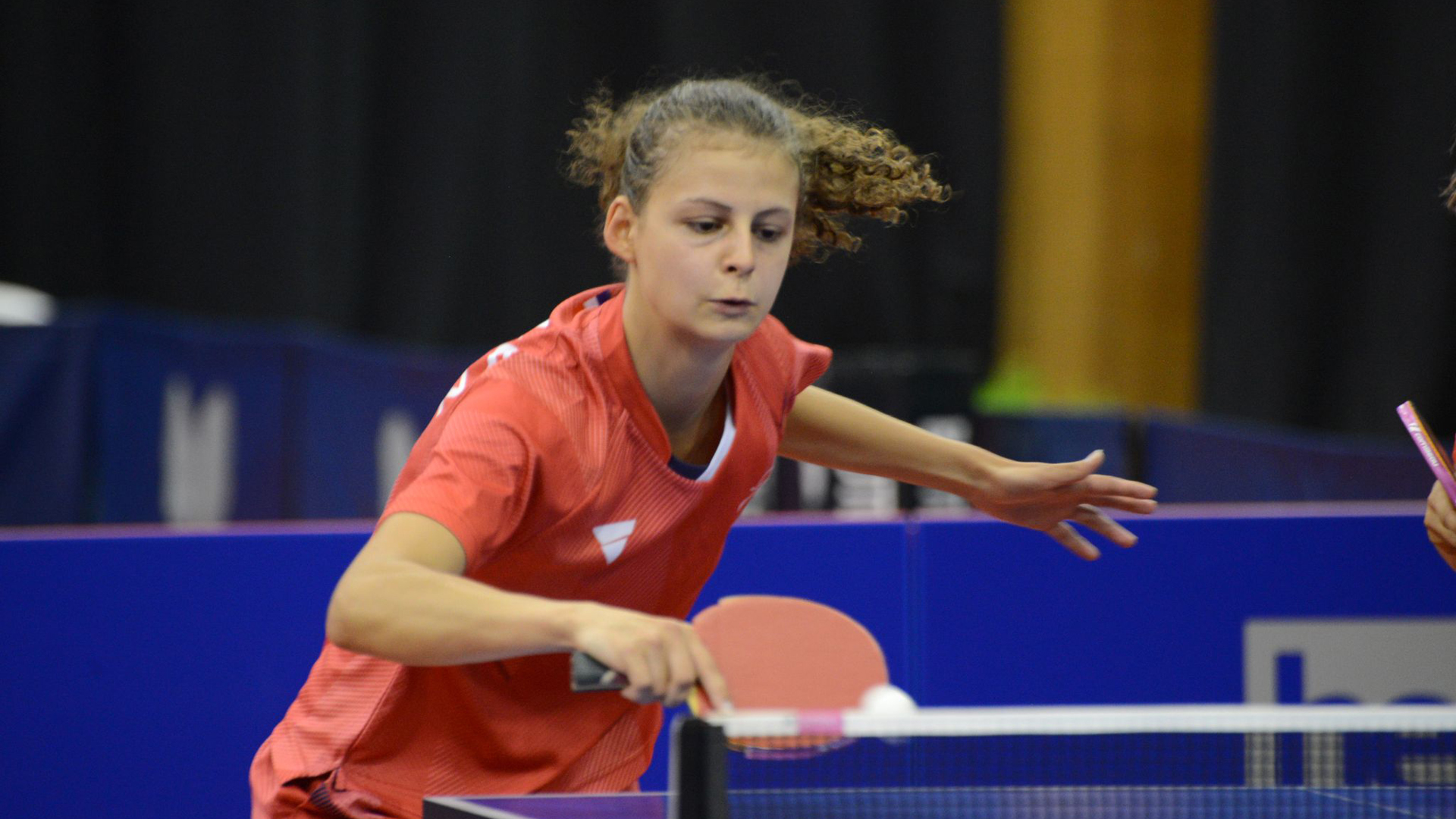 “It feels amazing to win again. I played really well in the final, and I believe I played at my best level in this tournament. I lost a game yesterday in the group stage against Sophia Klee, and I took that ‘second chance’ and used everything I could to play better. To win 3-0 against Elizabet is really nice because I lost 0-3 and 1-4 at the 2021 European Youth Championships, so I’m happy I could take my revenge. It was very difficult for me in the quarter-finals because Charlotte is my little sister, and I’m used to supporting and helping her. After the match, we gave each other a big hug, and everything is fine,” said Camille Lutz

Not content with just the one trophy, Camille partnered with sister Charlotte to strike Under 19 Girls’ Doubles glory. Pulling off comeback victories in the quarter-finals and semi-finals, the Lutz sisters overturned another deficit in the final as they toppled fellow French competitors Lucie Mobarek and Isa Cok 3-1 (7-11, 11-8, 11-8, 11-8).

“In the final, we played against our teammates. We know each other very well, of course. They were leading the whole match, but we fought for every point, and in the end, we succeeded,” said Charlotte Lutz

Leana Hochart and Gaetane Bled also played their part on a fine day for French table tennis, securing the Under 15 Girls’ Doubles title in Lisbon. Like the Lutz sisters, Hochart and Bled staged impressive recoveries in the lead-up to the final before confirming their status as champions with victory over Belarus’ Veranika Varabyova and Slovakia’s Dominika Wiltschkova (13-11, 10-12, 11-9, 11-6).

“We are very happy with this victory because this was our first win in a doubles tournament. We were very stressed before the game, and it was complicated to manage. We gave our best until the end to guarantee the win,” said Leana Hochart and Gaetane Bled 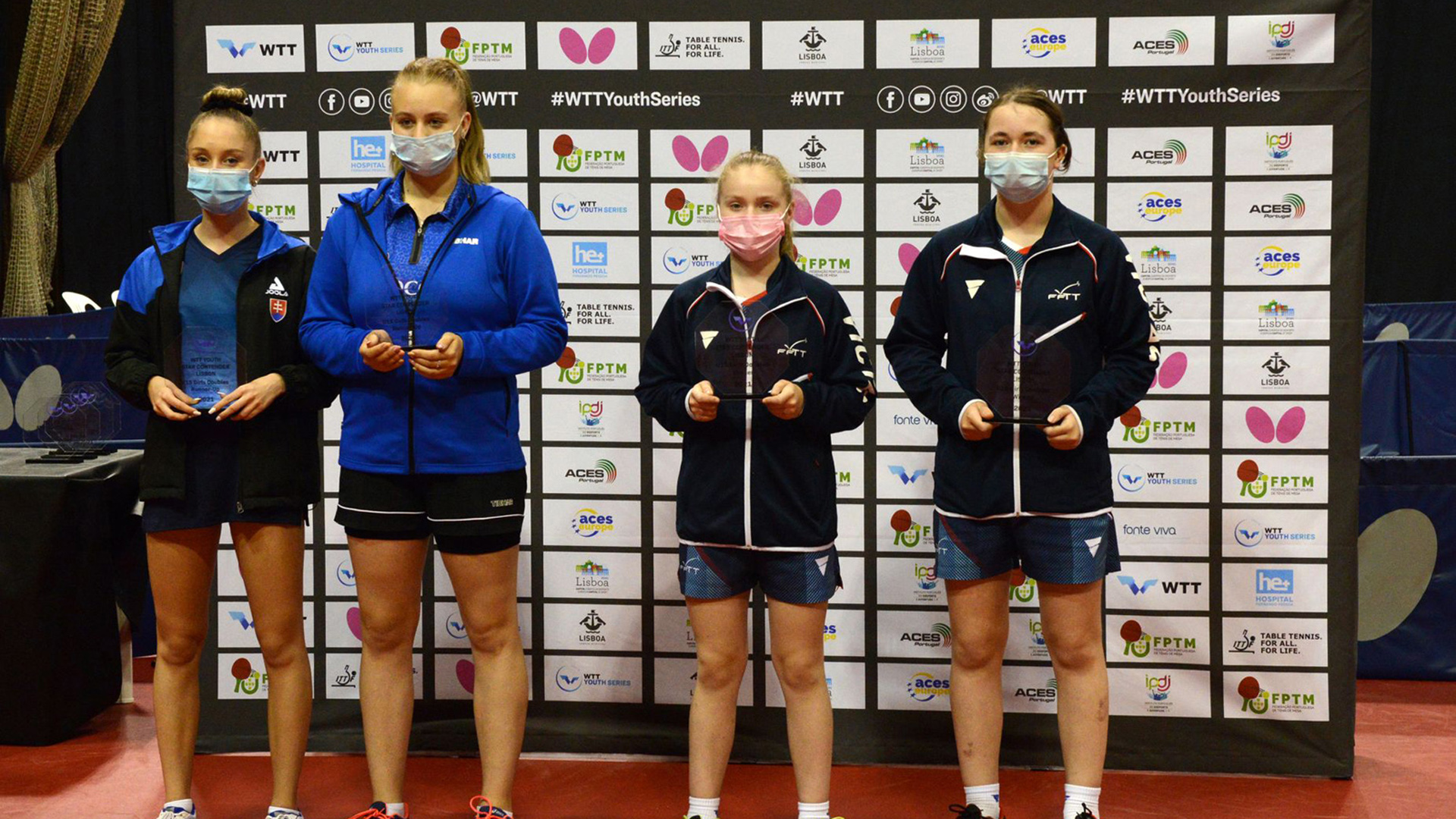 Starting from 0900 local time, group stage action from the Under 15 Boys’ Singles gets underway, with Hungary’s David Szantosi leading as the event’s top-ranked player. Then, from 1000 local time, Belgium’s Adrien Rassenfosse and Co. will open their Under 19 Boys’ Singles account. The day concludes with two rounds of doubles from the Under 15 and Under 19 events, with semi-final tickets up for grabs.