Following a one-day break, play resumed at WTT Youth Contender Tunis 2021 on Friday 17th September. Belgium’s Tom Closset ended the day with a smile on his face after enjoying a solid outing in the Under 17 Boys’ Singles event. 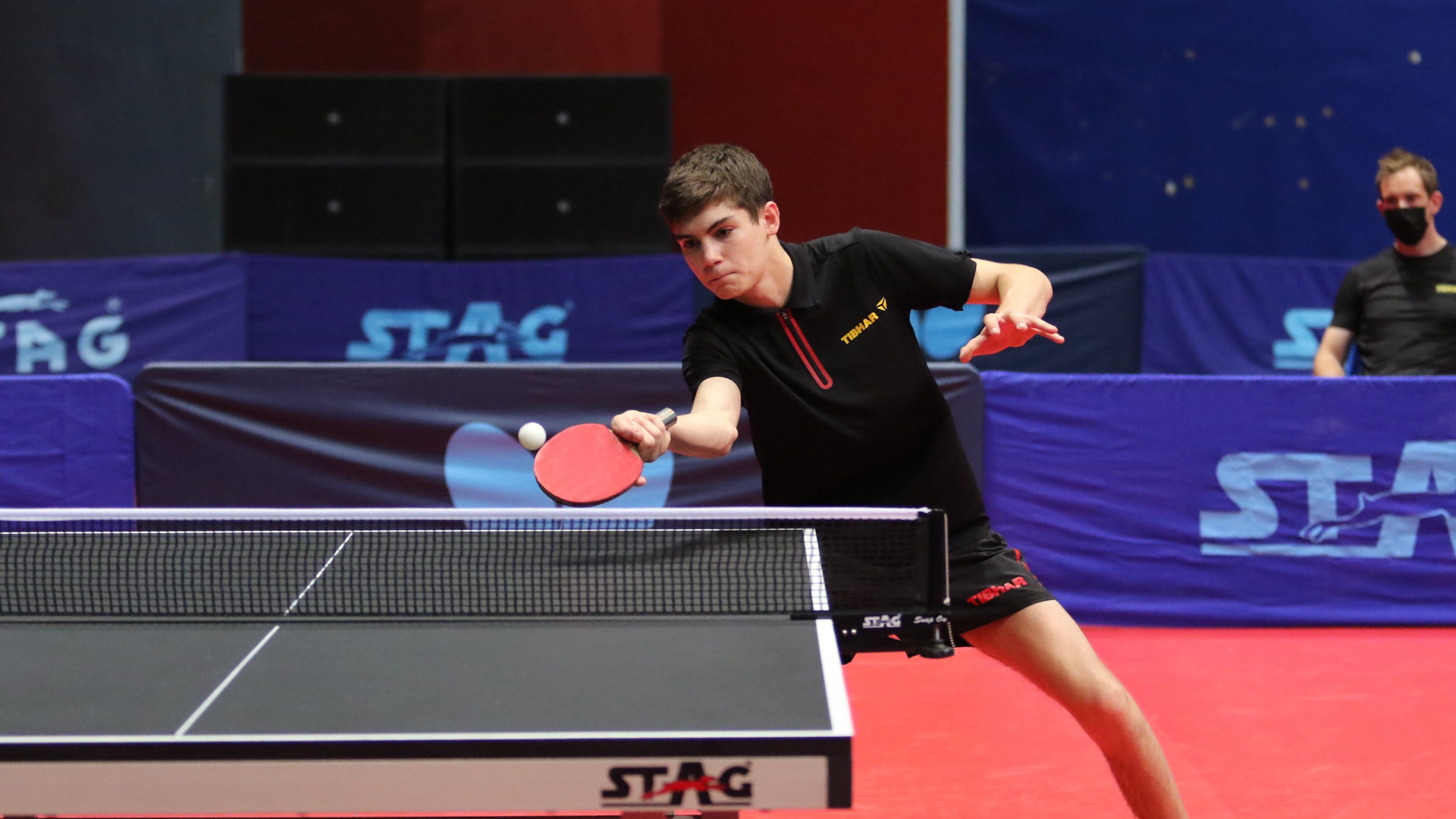 “I am very happy. The first match of the group stage was difficult for me, winning 3-2, but after that I was really good. Now I am in the semi-finals, and I’m happy. For my expectations, I hope I can win the Under 15s. As for the Under 17s, I will just play my best and hope for a good result,” said Closset

Crowned Under 17 champion at the recent WTT Youth Contender Otocec 2021, India’s Payas Jain looks to have brought his impressive form with him to Tunis. Jain caused a considerable stir by eliminating the top-ranked player in the event, Belgium’s Louis Laffineur (11-8, 13-11, 5-11, 6-11, 11-6). He then accounted for fellow Indian competitor Shankhadip Das 3-0 at the quarter-final hurdle (11-5, 11-7, 11-9) to boost his title ambitions.

“I was not expecting to meet Laffineur so early in the competition, so I was shocked when I saw the draw. I came up with some strategies to use against him, and they worked; that’s the best part. I’m just trying to get in the best shape, and I’m playing really well right now, so I hope to continue to win. The table tennis I have played in the last few weeks is the best I have played so far. During Covid, I was not able to play, but suddenly I’m playing really well, so I’m really happy,” said Jain

Wassim Essid has kept host nation interest alive in the Under 13 Boys Singles event after securing his passage to the last four.

Progressing to the knock-out draw as a group runner-up, Tunisia’s Essid followed up with back-to-back wins against Indian opposition. Responding from an early deficit to beat Guru Sanjith Vijay (10-12, 11-6, 11-5, 11-7), Essid then produced a ruthless quarter-finals performance to see off Sriram Sivam (12-10, 11-6, 11-6). 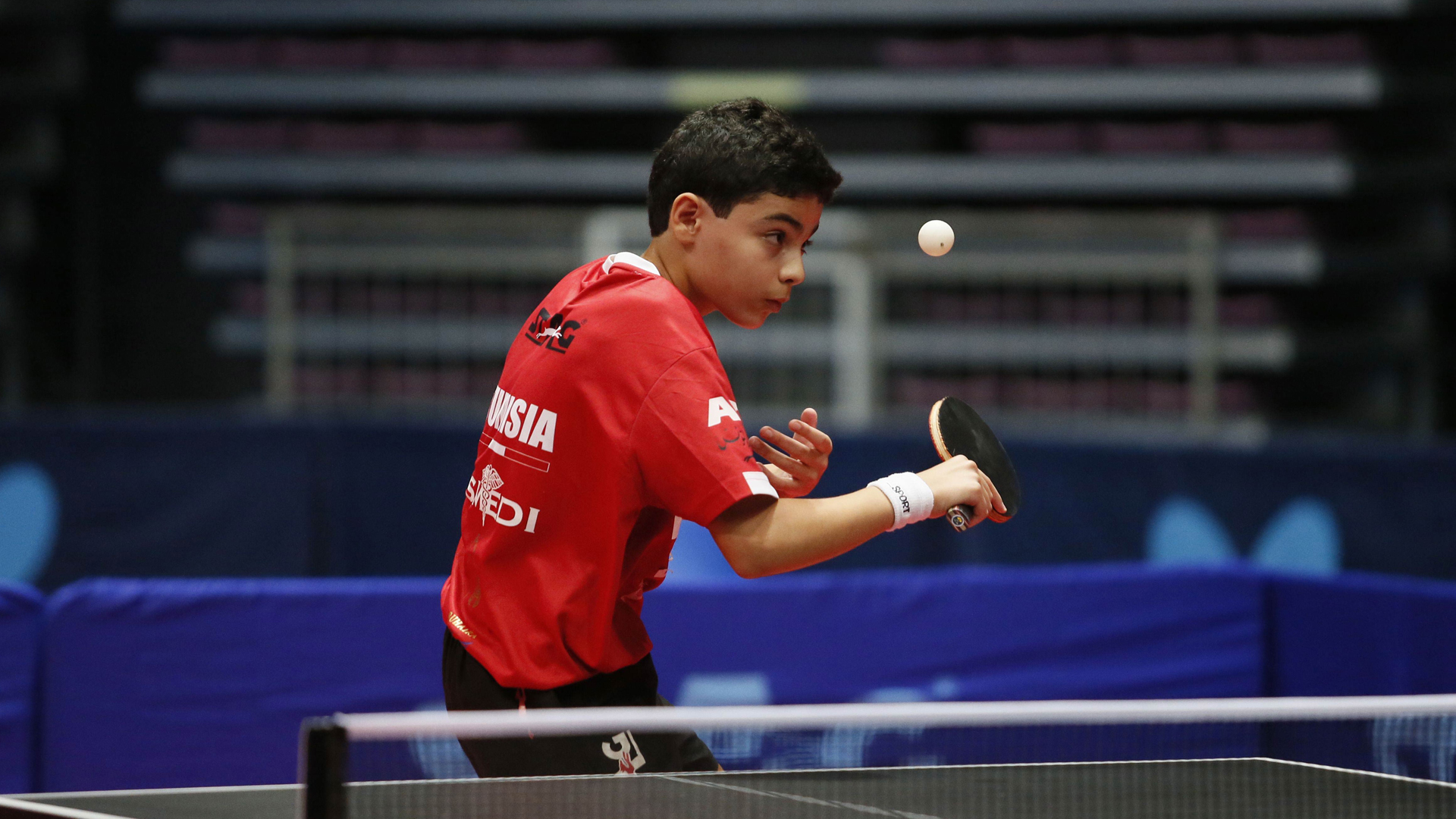 “I’m really happy that I have this opportunity to play a WTT Youth Contender event in my country. I feel very emotional to be advancing in this event. It’s a feeling that I have never had before! Tomorrow, I will play my best, and I have nothing to lose,” said Essid

“I’m very proud of myself today as I always solved the problems I encountered. It was a tough day because I played five matches; most of the players I faced were strong opponents. For the rest of the tournament, I want to play tough opponents. I’ll just keep on going up and up, and hopefully, I will continue to play well in both the Under 13s and Under 15s,” said Alnaser

Saturday’s programme welcomes the brightest talents from three additional events with group stage action from the Under 11, Under 15 and Under 19 Boys Singles events scheduled from 9.00 to 18.30 local time. Belgium’s Adrien Rassenfosse, India’s Preyesh Suresh Raj and Nigeria’s Musa Mustapha are the highest-ranked entries in the respective events.

Then, from 18.45 onwards, the attention shifts to semi-final drama before the day concludes with two finals. Qatar’s Ahmed Korani and Rawad Alnaser, Tunisia’s Wassim Essid and India’s Atherva Gupta are the last four players left standing in the Under 13 title race. Meanwhile, one of Belgium’s Tom Closset and the Indian trio of Ankur Bhattacharjee, Preyesh Suresh Raj and Payas Jain, will take home the Under 17 trophy.