Raul Calin recognised for contribution to the Americas

The Americas in unison; that fact was acknowledged on Sunday 12th September at the opening ceremony for the current 2021 ITTF Pan American Youth Championships in Santo Domingo, Dominican Republic.

Raul Calin, ITTF Secretary-General, was recognised for his efforts in promoting the concept of a unified approach.

A splendidly designed award was presented to Raul Calin by Juan Vila, President of ITTF Americas.

“I want to share the presentation of this award with the members of the Executive Committee of the Pan American Confederation. Today is a very special day for us because we are stronger together. The foundation of this organisation is due in large part to the contribution and total patience of the great friend of table tennis in the continent, Mr. Raúl Calin.” Juan Vila

Appreciating the sincerity of the occasion, it was a most humble Raul Calin who accepted the accolade.

“Ladies and gentlemen, to the entire board of the Pan American Confederation and the Dominican Federation, thank you very much; this recognition is for all the young athletes who have been unable to compete for more than a year and a half, for all the coaches and delegates who are with us today. Indeed, it is a pride and a privilege to be able to work for the sport that unites us.” Raul Calin 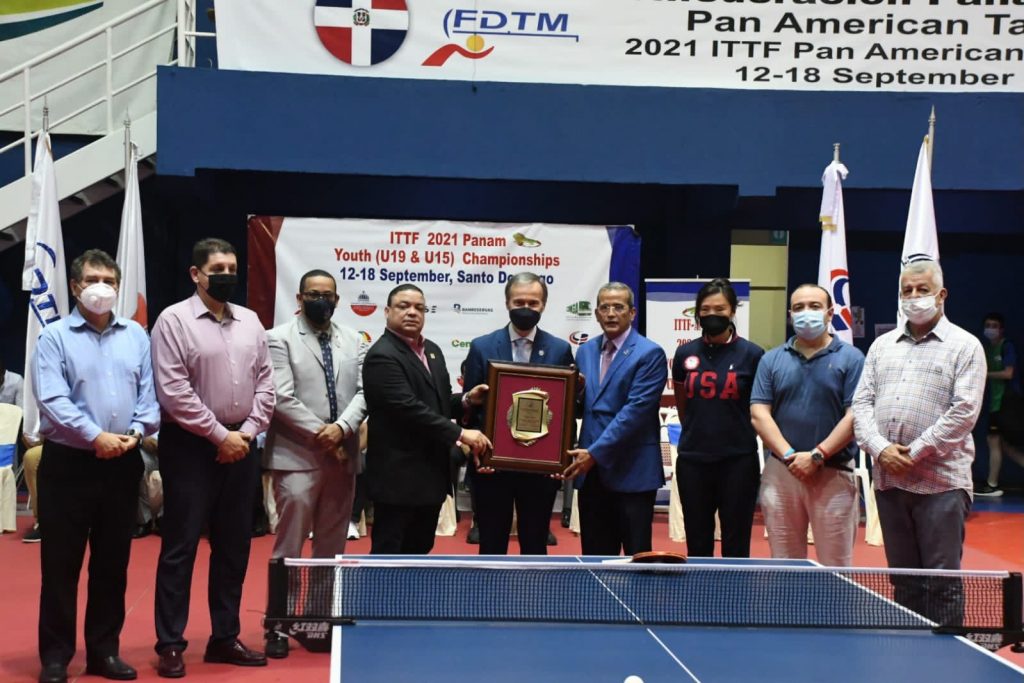 ITTF Americas Executve Committee and FEDOTEME President present the plaque to Raul Calin for his support to the ITTF Americas establishment.

Most certainly the current 2021 ITTF Pan American Youth Championships have underlined the validity of unity.

The team events have witness several very hard fought and tension packed matches; that fact can on raise standards and increase interest.