Flying the Egyptian flag with pride, Farida Badawy was the African continent’s strongest performer on day one at WTT Youth Contender Tunis 2021. She earned her passage to the Under 17 Girls Singles semi-finals on Monday 13th September. 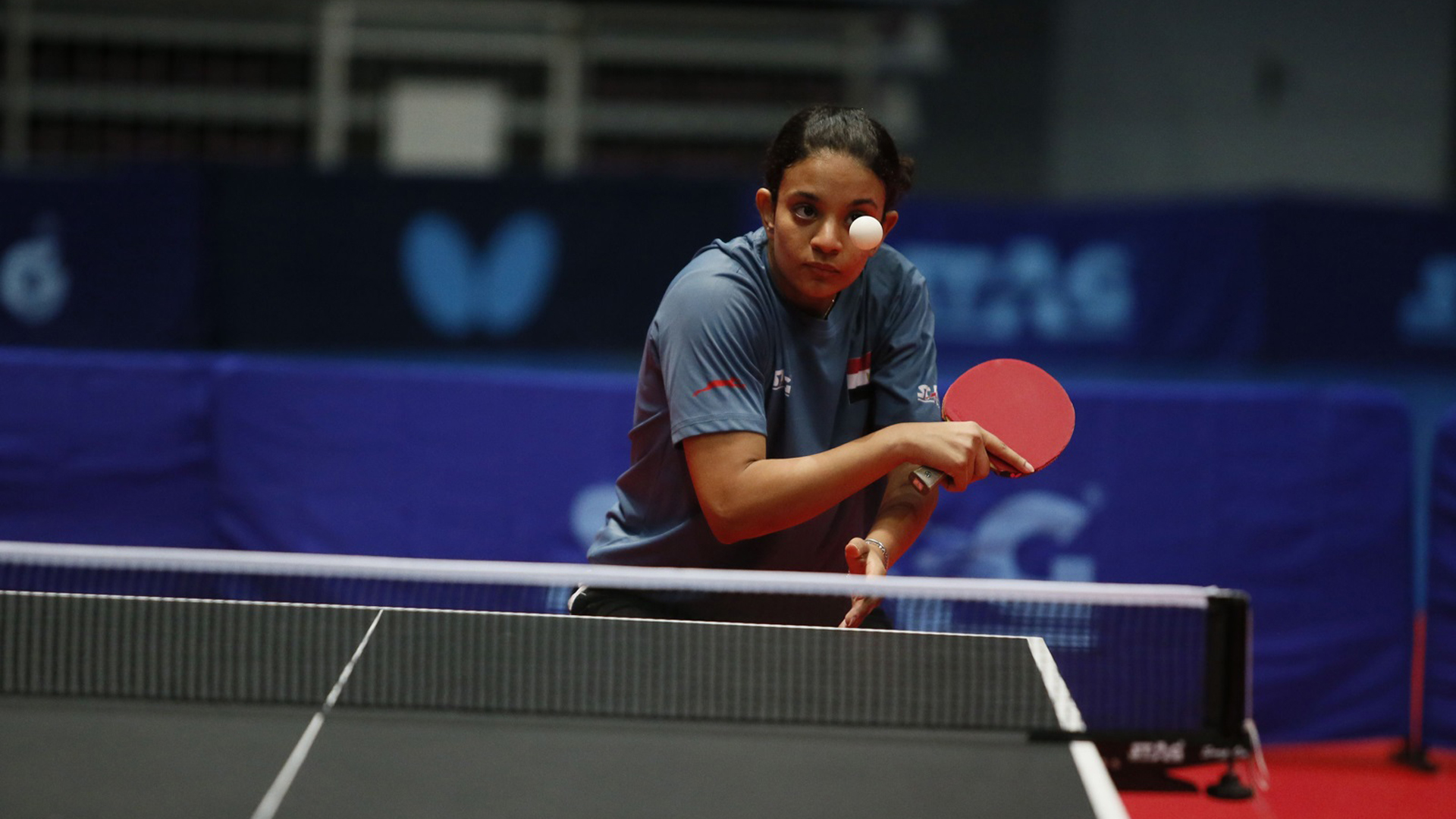 Sailing through the opening group stage with ease, Badawy made her intentions known to the rest of the playing field with a convincing 3-0 outing against Tunisia’s Maram Zoghlami (11-9, 11-9, 11-6) in the round of 16. India’s Sayali Rajesh Wani managed to take a game off Badawy. Still, the Egyptian held her ground (16-14, 11-8, 7-11, 11-9) to extend African interest in the title race.

“Thank God I knew how to win my last game, that was not that easy at all, especially in the last points. Today’s matches made me feel so tired, but I am really enjoying playing this tournament and I am doing my best to go for the title step by step. I am sure that my next match will be harder, we all know that semi-finals require even more concentration,” said Badawy

Awaiting Badawy at the penultimate hurdle is none other than the event’s top-ranked player, Markhabo Magdieva. Uzbekistan’s Magdieva successfully overcame Egyptian opposition in Jana Wagih and Tunisia’s Mariem Hamrouni to clear the group stage without complication. She then survived a nervy quarter-final meeting with India’s Taneesha Sanjaykumar Kotecha (7-11, 11-8, 5-11, 11-9, 11-6) to keep her campaign on track.

Lakshita Narang and Yashaswini Deepak Ghorpade are also through to the semi-finals after both players came out on top against fellow competitors from India. Causing a stir, Narang took down the second-highest ranked player in the event, Suhana Saini, in four games (11-9, 5-11, 11-9, 11-5). Ghorpade was just as clinical, posting a 3-1 victory over Pritha Priya Vartikar (12-10, 11-9, 8-11, 11-6).

“I played very well in my last game against a fellow Indian. She is my friend, the match was close but I won. I am going to play against another Indian player in the semi-finals. I will be focused and I am confident that I will be the winner. Honestly, I feel a little bit nervous when I play against other players from my nation, maybe it’s because I know them well and many of them are my friends, but nothing can stop me from going forward to the title,” said Ghorpade

Asel Erkebaeva enjoyed her time in the Under 13 Girls Singles spotlight, showing her tough side in a tricky quarter-final contest. The 11-year-old from Uzbekistan did well to recover an early deficit against India’s Dhaani Jain, edging a cracking five-game duel at Salle Omnisport de Rades (5-11, 11-7, 11-7, 10-12, 11-5).

Next up for Erkebaeva is another Indian opponent, Prisha Goel, following her impressive opening day display in Tunis. Untroubled in her three group encounters, Goel kept her foot on the gas in the knock-out rounds as she breezed past Egypt’s Malak Kadry in straight games (11-8, 11-8, 11-6).

Two further Indian players remain in the opposite half of the draw, guaranteeing the country’s representation in the final. Ananya Muralidharan cruised through her group without dropping a game and was just as unforgiving in the quarter-finals as she dispatched Uzbekistan’s Arujan Kamalova 3-0 (11-7, 11-9, 11-9). Meanwhile, Hansini Mathan Rajan accounted for the host nation’s Ela Saidi (11-1, 11-5, 11-5) to claim the other semi-final ticket.

Tuesday’s programme introduces the Under 11, Under 15 and Under 19 Girls Singles events with three rounds of group stage fixtures scheduled. Day two also sees the Under 13 and Under 17 events wrap up, with the finals getting underway from 19.00 and 19.30 local time.