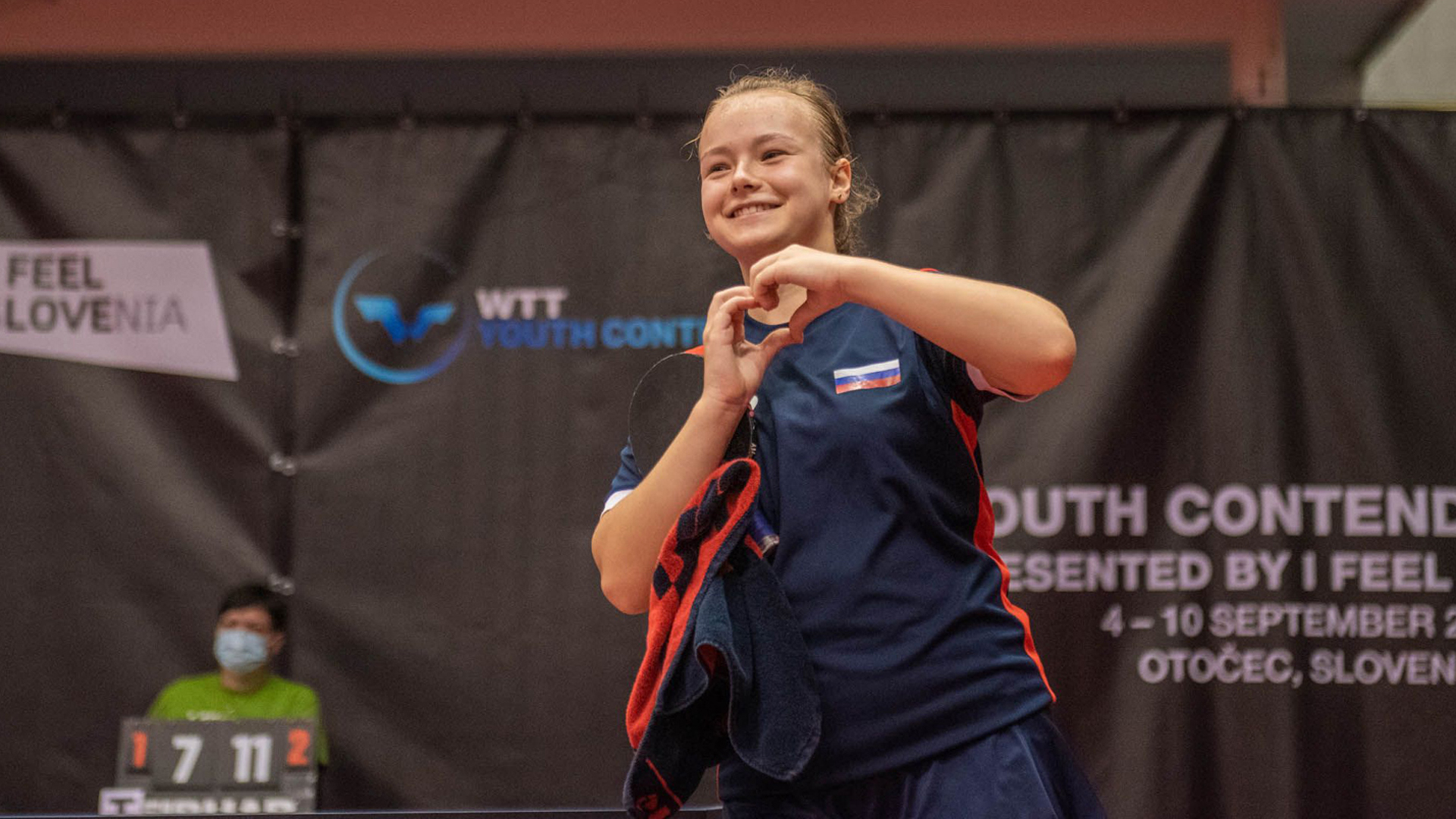 The plan looked to be going well for title favourite Josephina Neumann in the final after the German raced into a one-game lead, but Shirokova had other ideas. Taking her performance to another level, the young Russian secured the next three games in a row to put the result beyond any doubt (6-11, 11-7, 11-9, 11-7).

“I feel very good; this tournament is amazing! I opened well, and I played without nerves. I didn’t worry about anything, and I am glad that to win the tournament. I want to thank my coaches for their support, and I’m happy about the result,” said Shirokova

Winner of the Under 17 Girls’ Singles event earlier this week in Varaždin, Romania’s Elena Zaharia successfully repeated the feat in Otocec. 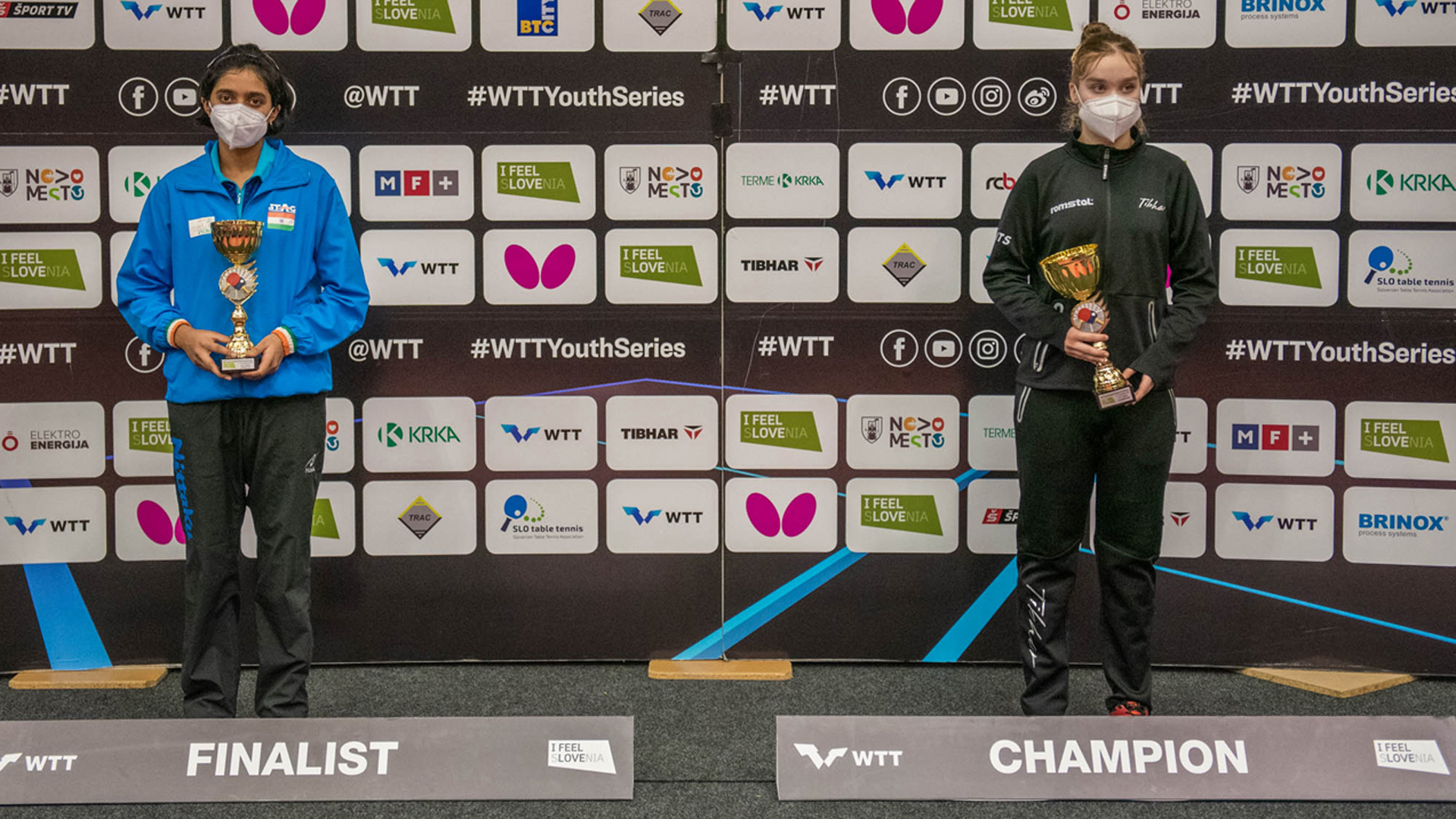 “I am very happy with the result. The final was tough as her style of playing was quite challenging for me. The tournament was very good, and the atmosphere here is very nice. I hope that tomorrow I continue with good performances to also be competitive in the Under 19s,” said Zaharia

“The matches were very tough, but I played well. It is a great feeling to win the tournament. Now I am going to Tunis, where I hope to extend my good form. After that, I am returning home to practice as I continue improving my game,” said Jain

Two titles remain up for discussion, with the final day of play in Otocec focusing exclusively on the Under 15 and Under 19 Girl’s Singles events.