Czech Republic’s Simon Belik shone brightly on the opening day of play at WTT Youth Contender Otocec 2021 - Presented by I Feel Slovenia, negotiating all four of his Under 17 Boys’ Singles fixtures in straight games on Saturday 4th September. 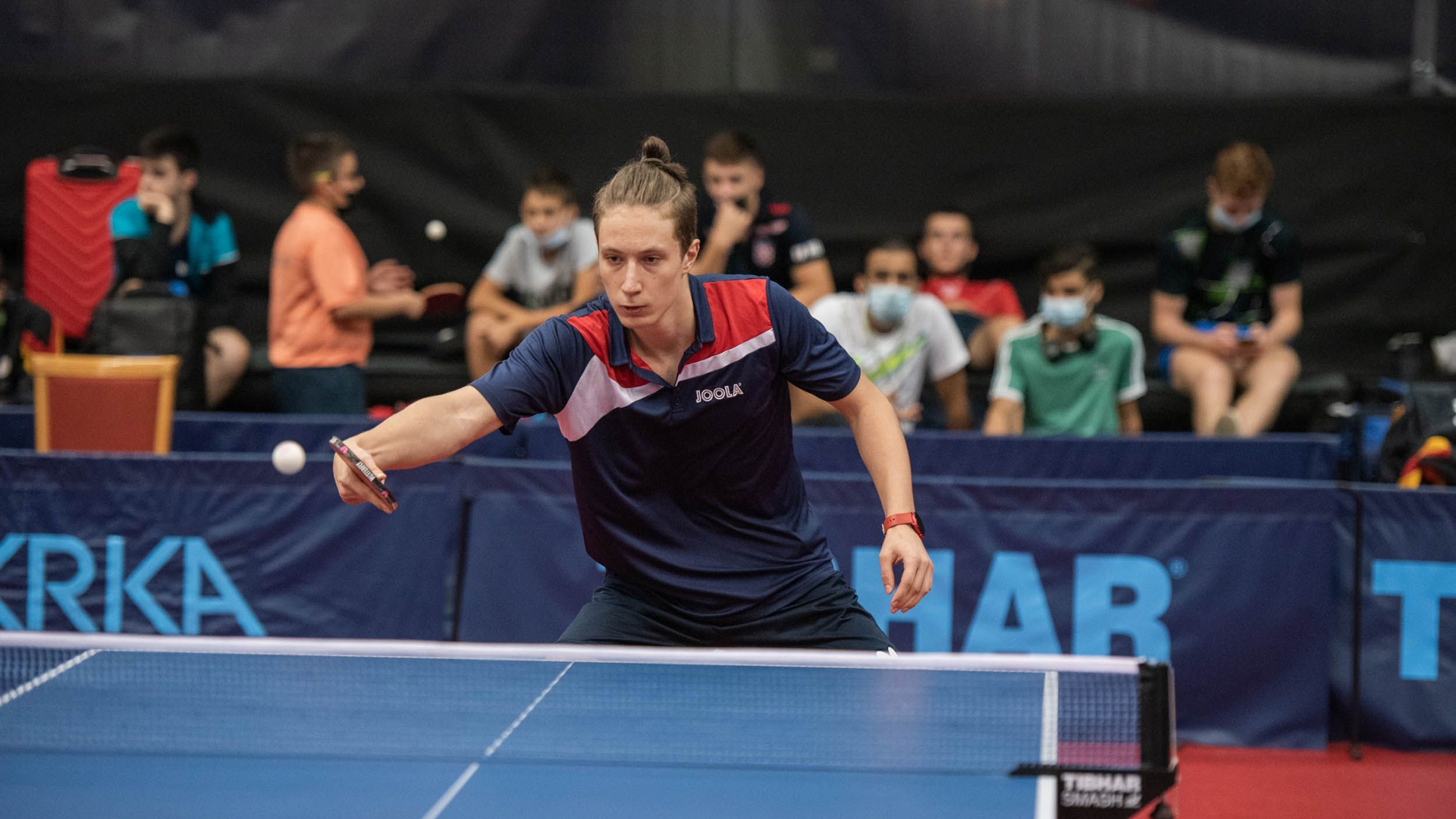 Belik wasn’t in the mood to slow down, producing another ruthless display against Germany’s Pavel Valerijovic Sokolov (11-7, 11-5, 11-7), and he finished his day with another 3-0 win, this time in opposition to Luxembourg’s Mael Van Dessel (11-7, 11-5, 11-5). Four matches contested, and Belik is yet to drop a single game!

“I know Mael as we played at the European Championships; that is why I knew I had to prepare myself well as he is very strong. I have won four matches, and now I am in the quarter-finals, so I am really satisfied and how I played. Hopefully, I will continue to play like this; I know I will be playing against very good players; therefore, I will need to perform well,” said Belik

Eduard Ionescu moves through to face Belik in the quarter-finals, securing his spot in the last eight following a fascinating all-Romania meeting with Iulian Chirita. Crowned Under 15 Boys’ Singles champion at the WTT Youth Star Contender event in Otocec earlier in the year, Chirita won’t lift the Under 17 title on Sunday after falling short to compatriot Ionescu 3-2 (11-5, 6-11, 6-11, 11-5, 11-4).

Located at the top of the draw, another Romanian in Darius Movileanu enjoyed a stress-free opening day in Otocec with three perfect victories to celebrate, including a 3-0 win over Russia’s Sergey Ryzhov in the round of 16 (11-9, 11-5, 11-5). In the opposite half of the draw, Russia prevailed over Romania as Vladislav Makarov came out on top against Dragos Alexandru Bujor (4-11, 11-5, 11-8, 11-8).

Sudhanshu Maini awaits Rzihauschek on day two after the player from India lit up the stage with his impressive talent. Coming through the group phase with a perfect record, Maini encountered a sterner challenge in the round of 16. Forced right down to the wire by Martin Slany, Maini overturned an early deficit to defeat his Czech counterpart in a five-game thriller (10-12, 11-4, 11-3, 6-11, 11-7).