A new name has been entered into the history books at the Tokyo 2020 Olympic Games after China’s Chen Meng took home the highly coveted Women’s Singles gold medal on Thursday, 29th July.

Two of China’s finest players, both making their Olympic Games debut in Tokyo, Chen Meng and Sun Yingsha, displayed the hunger and fight required to compete at the highest level of table tennis in an end-to-end affair.

Making the brighter start, second seed Sun looked lively, and her pace caused Chen great difficulty, but the top seed kept her cool in the heat of battle. The scores locked at two games apiece, there was very little to separate the two athletes, but Chen found another level in her performance. Two plays later, her dreams of becoming an Olympic champion were finally realised (9-11, 11-6, 11-4, 5-11, 11-4, 11-9).

“I can finally laugh now because it has been pretty intense the last few days. I was very nervous during the match because both Sun and myself really wanted to fulfil our personal goal of winning the gold medal. We matched each other well but I believe what gave me the edge was probably my experience. We have got two days of rest before we go again with the Team’s event. I want to bring home the gold medal for China in the Team’s event again. All I want to do is to admire my gold medal now,” said Chen Meng

China has now emerged victorious in all nine finals since the sport’s Olympic Games introduction in 1988. Additionally, the country has won 29 gold medals across all table tennis disciplines, and its first at Tokyo 2020.

Defeat for the 2018 Youth Olympic Games champion but aged just 20 Sun Yingsha performed exceptionally well to reach the final in Tokyo and will undoubtedly return to the Olympic stage in future years.

“I have no regrets about my performance although I lost the final. I did my best and Chen is a very strong opponent. The road ahead is still long and there will be many opportunities for me to become a better player and win again. My focus now is to help China win the Team’s event,” said Sun Yingsha 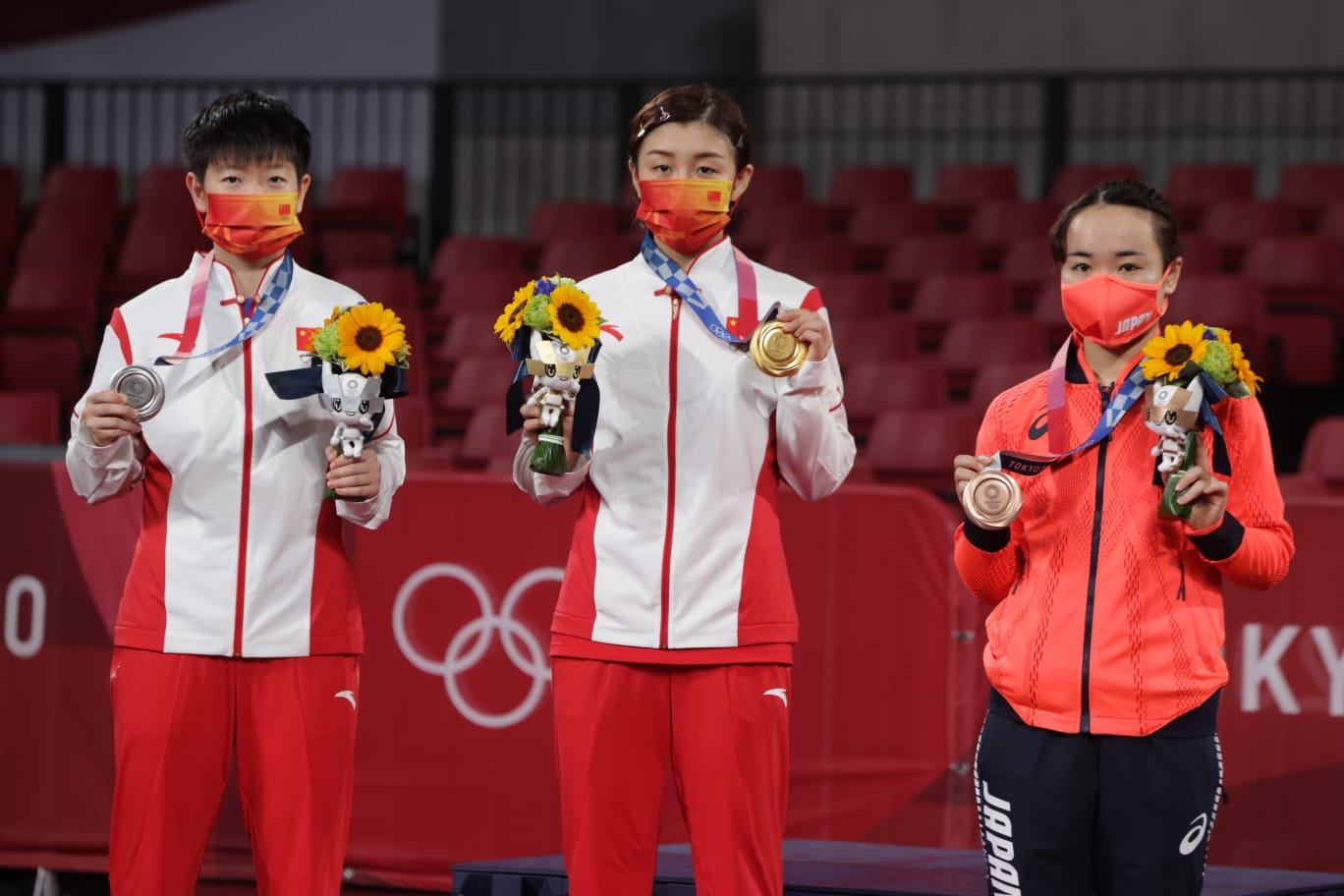 20-year-old Ito becomes the first player from Japan to land a Women’s Singles medal at the Olympic Games and comes three days after helping the host nation to its first-ever gold medal in the Mixed Doubles event alongside Jun Mizutani. Overall, Japan has now collected six table tennis medals across all disciplines at the Games.

“This medal is very important, but my first goal was to get to the final. I have mixed feelings of frustration and anger because it’s not really perfect. I prepared myself really well for that match against Sun, and I tried really hard to get into the final, but I could not do it. I’m looking forward to the Team’s event now. I hope to use my frustration, disappointment as a form of motivation and do well in then,” said Mima Ito

The Men’s Singles final will take place on Friday 30th July at 21.00 local time as China’s Fan Zhendong and Ma Long face off for Olympic glory.