Table tennis action at the Tokyo 2020 Olympic Games finally gets underway at the Tokyo Metropolitan Gymnasium. Follow the action as we bring you all the highlights from the opening day’s events.

Table tennis action at the Tokyo 2020 Olympic Games finally gets underway at the Tokyo Metropolitan Gymnasium. Follow the action as we bring you all the highlights from the opening day’s events. 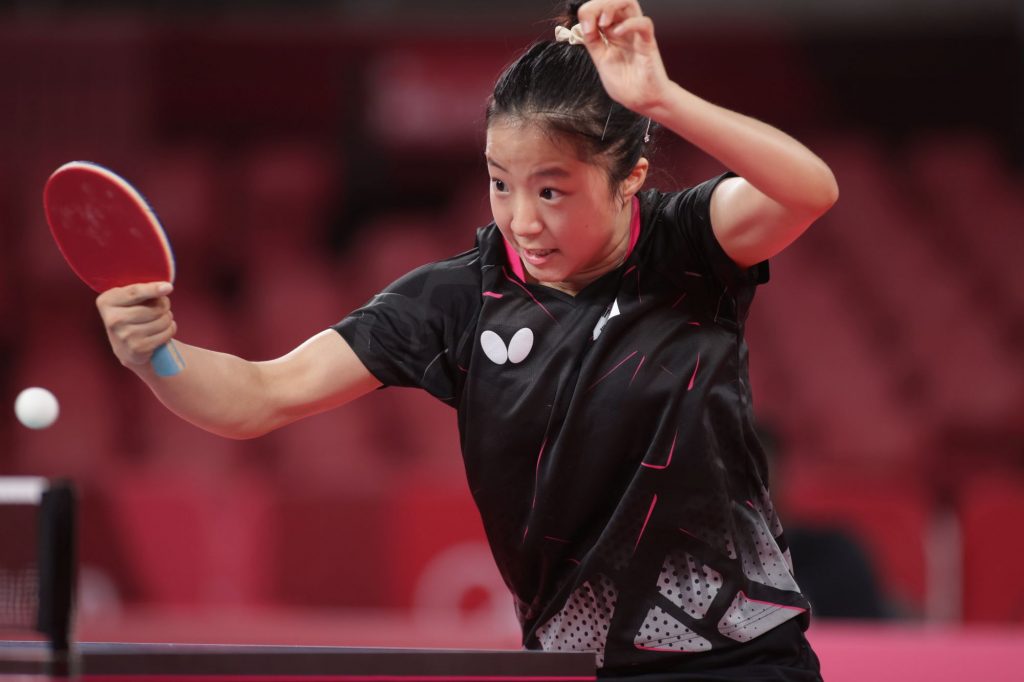 Korea Republic’s Shin Yubin continued to show the world a glimpse of what the next generation of table tennis stars can do when she breezed past Guyana’s Chelsea Edghill 4-0 (11-7, 11-8, 11-1, 12-10) to set up a second round encounter with Luxemburg’s Ni Xia Lian, who is the oldest Olympian table tennis player at the Tokyo Games. The 17-year-old was never really threatened through her 28 minute battle with Edghill, even winning the third game in a record four minutes. 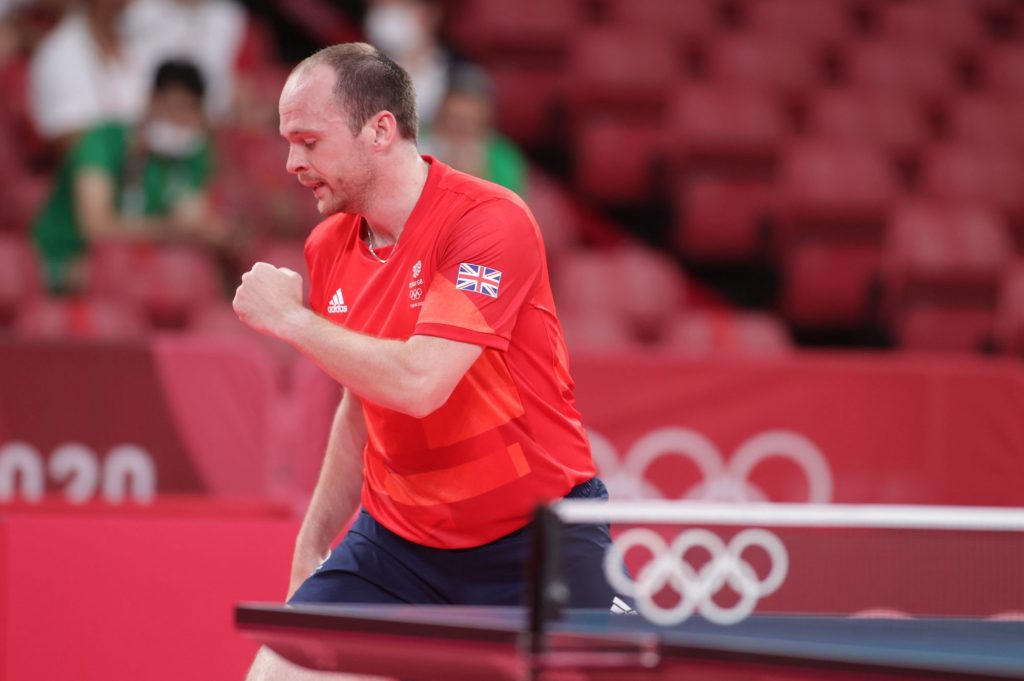 Great Britain’s Paul Drinkhall sounded an ominous warning to his rivals after defeating Nima Alamian from the Islamic Republic of Iran 4-1 (11-7, 11-1, 11-5, 8-11, 12-10).  Drinkhall, who is making his third Olympics appearance following his debut on home soil in London in 2012, remains on course to better his quarter-final result in Rio De Janeiro and faces Austrian Robert Gardos in the next round.

“I feel like I’m really in a good place to do good things now. So good luck to him for trying to stop me. May the best man win,” said Drinkhall. 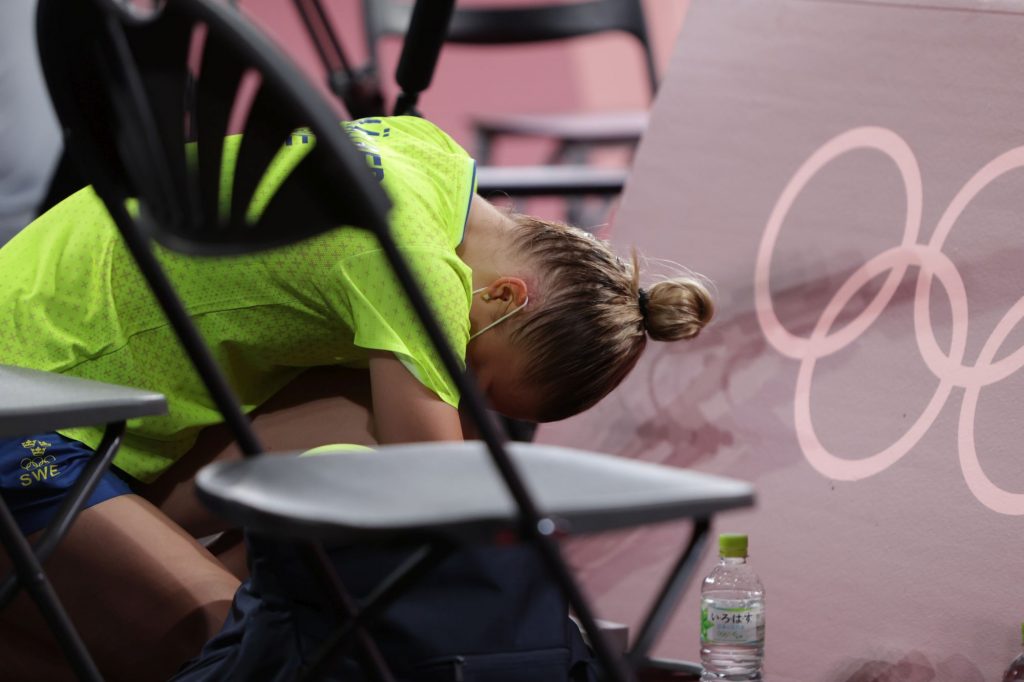 A visibly disappointed Christina Kaellberg was left to rue her luck after falling 4-3 to Portugal’s Shao Jieni, who is the 35th seed.  Kaellberg, who is seeded 22 places below Shao in 57th, had raced to a 3-0 lead quickly in just 24 minutes but suffered a meltdown in the next four games, going down 6-11, 5-11, 8-11 and 6-11 to crash out of the first round in what could have also been the first upset of the table tennis competition.

Team China, represented by Xu Xin and Liu Shiwen, took 43 minutes to dispatch the Canadian duo of Wang Zhen and Zhang Mo with a 4-1 victory, setting up a quarter-final clash with Romania’s Ovidiu Ionescu and Bernadette Szocs, who defeated Slovakia’s Lubomir Pistej and Barbora Balazova by a similar score-line (11-8, 11-8, 12-14, 11-4, 11-9).

Xu and Liu had an early scare when they went down 9-11 to the Canadians in the first game. However, the Chinese stormed back convincingly by taking the next four games, 11-8, 11-7, 11-8 and 11-6 to move on to the next stage of the competition in the Mixed Doubles.

“To be honest, we were quite nervous in the first game. We were trying to get ourselves familiar with our rivals and the playing conditions. We slowly regained our confidence from the second game,” said Liu.

“We also probably put too much pressure on ourselves in the first game. But when we won the second game to level the score, we were confident. We played to each other strengths and kept to our strategy which worked out well in the end,” said Xu. 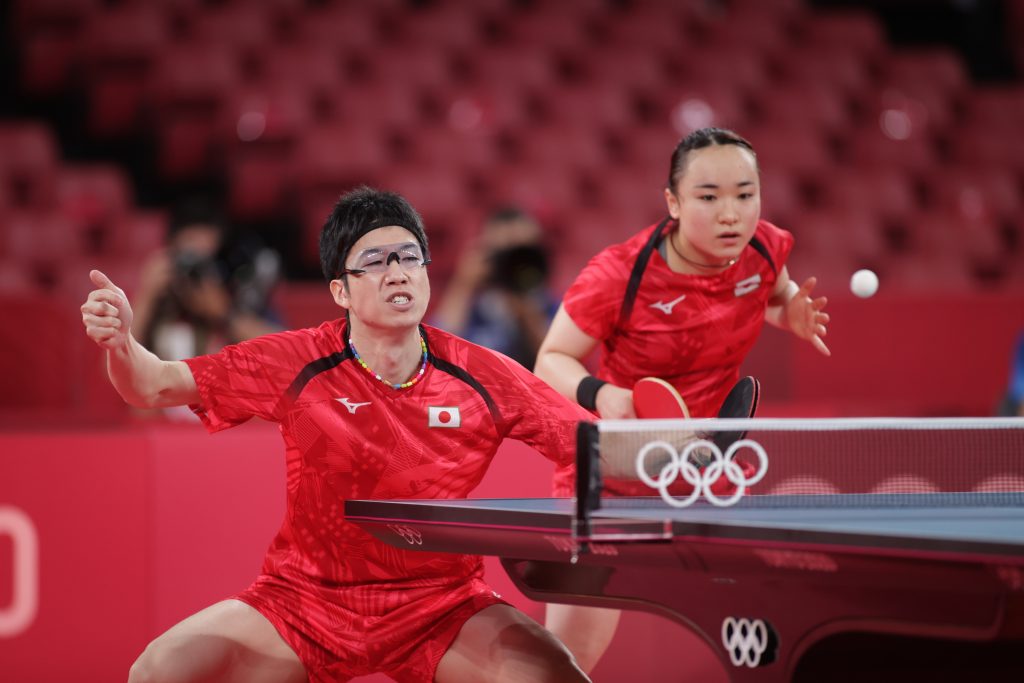 The Japanese pair of Mima Ito and Mizutani Jun started promisingly with an 11-5 win over Austria’s Stefan Fegerl and Sofia Polcanova in their opening game. They stumbled 8-11 in the next game but regained their composure quickly, winning their next three games, 11-9, 11-4 and 11-4 to stay on course of winning a historic gold medal in table tennis for the host nation.

Third seed Cheng I-Ching and Lin Yun-Ju steamrolled past India’s Kamal Achanta and Manika Batra in just 27 minutes to head into the quarter-final where Jeon Jihee and Lee Sangsu of the Republic of Korea lay in wait. Cheng and Lin were never threatened as they proved too powerful for the Indians with their 11-8, 11-6, 11-5, 11-4 victory. 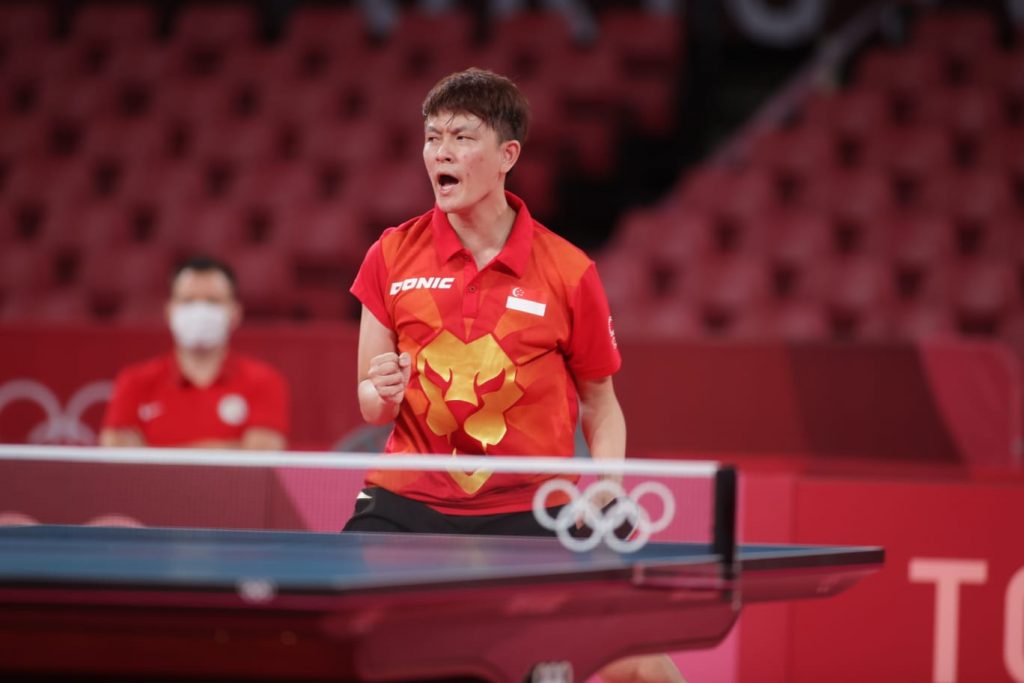 Chew heads into the second round

Singapore’s Clarence Chew enjoyed an encouraging Olympics debut by beating Senegal’s Ibrahima Diaw 4-2 to advance to the second round of the Men’s Singles where he takes on Austrian Daniel Habesohn next.

The 25-year-old Singaporean took just six minutes to win the first game before Diaw levelled the score by taking the second game 11-4. Chew regained his advantage with an 11-3 and 13-11 win in the third and fourth game respectively. He lost the fifth game 11-3 but showed courage by battling to close out the match 12-10 as the victor. 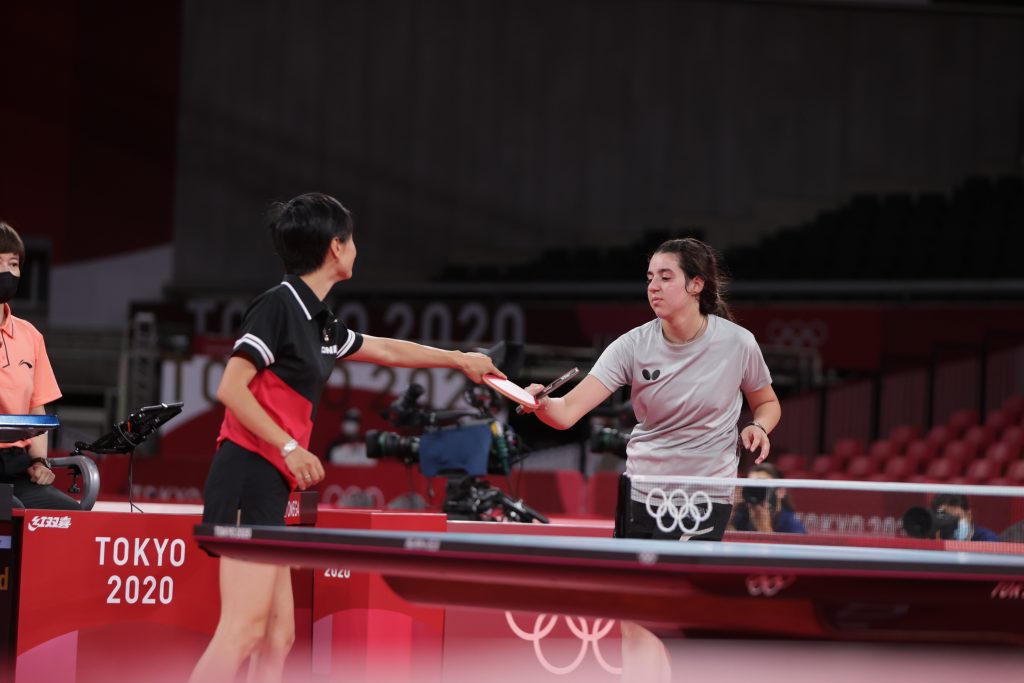 History was made at the Table Tennis competition on Saturday when Syria’s 12-year-old Hend Zaza became the youngest Olympian in any sport since 1968 by competing in the Women’s Singles preliminary round for the first time.

Not since the 1968 Winter Olympics when 11-year-old Beatrice Hustiu competed in figure skating, has the Games welcomed another youngster. Zaza inked her place in the record books when she qualified for the Tokyo Games by winning the West Asia qualifiers in Amman, Jordan at 11 years old and 56 days old last year.

Despite the early exit via a 4-0 defeat to Austrian veteran Liu Jia in 24 minutes, Zaza, who was her country’s flag bearer, is confident of making her return to the Games again as a more accomplished player.

“This is my first Olympics and I’ll work harder for a better result the next time. It’s a good lesson for me. I was hoping for a winning match, a better play but she (Liu) was a tough opponent and it was a good lesson for me,” said Zaza of her 39-year-old rival, who is also a mother to a 10-year-old daughter.

The table tennis competition at the Tokyo 2020 Olympic Games takes place from July 24 to August 6 at the Tokyo Metropolitan Gymnasium with five gold medals at stake in the Men’s Singles, Women’s Singles, Men’s Team, Women’s Team and Mixed Doubles.