The draw for the Tokyo 2020 Olympic Games table tennis events has been finalised with just two days to go before the biggest show on earth officially commences with the opening ceremony in the Japanese capital. 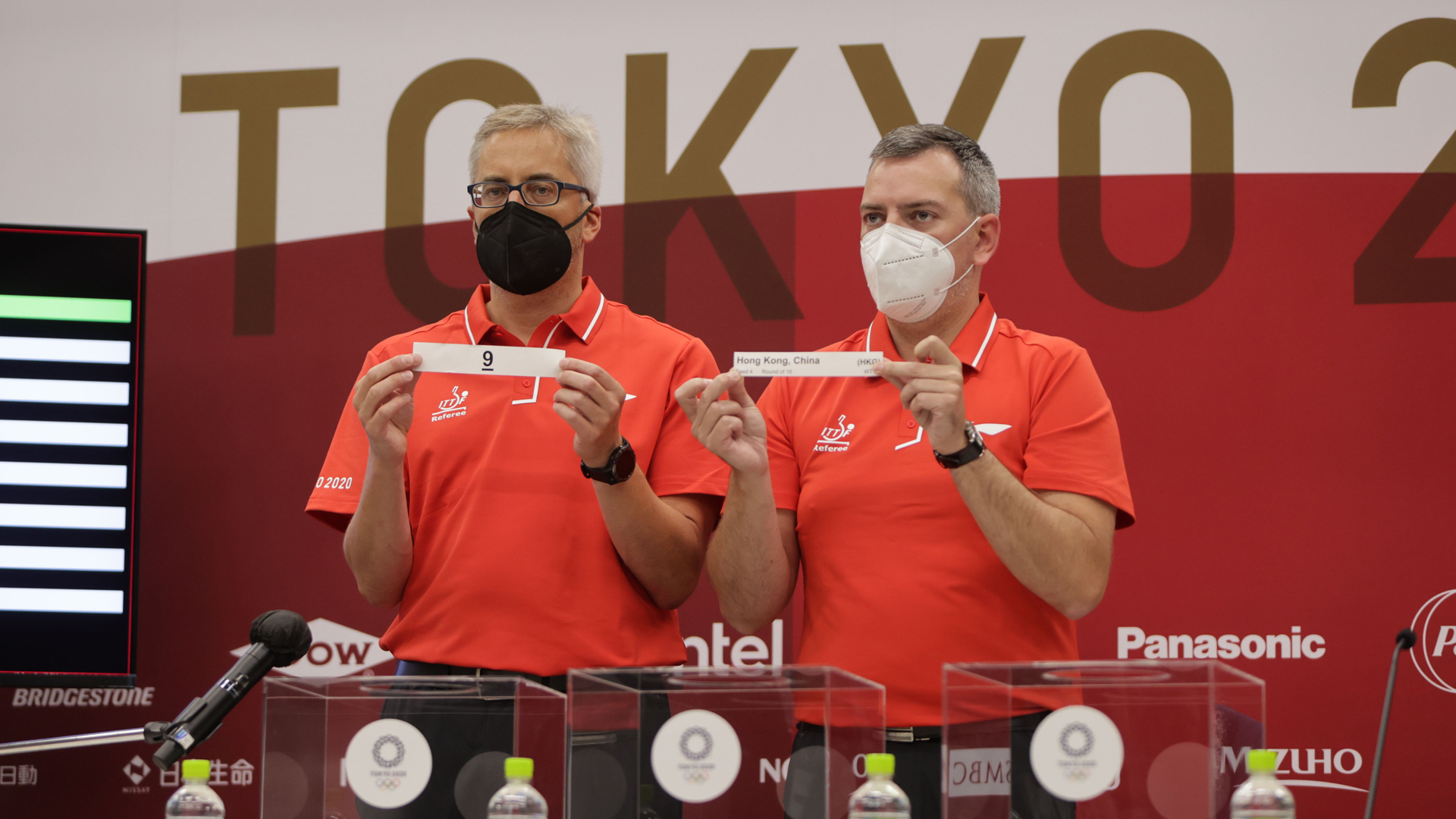 Conducted virtually, the draw ceremony took place at 18.00 local time on Wednesday 21st July with players from the same National Olympic Committee (NOC) drawn into different halves of the draw.

Seeded first and therefore positioned at the top of the women’s singles draw, China’s Chen Meng faces a potential semi-final head-to-head with either Japanese number four seed Kasumi Ishikawa or the player seeded directly above in Chinese Taipei’s Cheng I-Ching. However, the latter competitor could encounter early danger having lost to her potential round of 16 opponent, Romania’s Bernadette Szocs earlier in the year at WTT Contender Doha 2021.

The headline news in the other half of the draw sees a fiery semi-final contest between Sun Yingsha, number two seed, and third seed Mima Ito, if the young Chinese and Japanese stars can avoid defeat in the earlier rounds.

Fan Zhendong leads the way in the men’s singles event, but the number one seed has been presented with potential stumbling blocks. German number eight seed Timo Boll could prove a threat for the Chinese player with a quarter-final clash on the cards. Meanwhile, Japanese number three seed Tomokazu Harimoto, 18, has the opportunity to challenge Fan Zhendong in the penultimate round, although Great Britain’s Liam Pitchford and Chinese Taipei’s Lin Yun-Ju will have other ideas if they meet the teenage ace as expected.

We could also witness a repeat tussle between the 2019 World Championships finalists with China’s Ma Long and Sweden’s Mattias Falck lined up for a quarter-final affair. The victor could then face London 2012 bronze medallist Dimitrij Ovtcharov of Germany or even Brazilian number four seed Hugo Calderano in the semi-finals.

China’s Xu Xin and Liu Shiwen have been placed at the summit of the mixed doubles draw where they’ll open their account against Canada’s Eugene Wang and Mo Zhang, whilst a potential semi-final bout with Wong Chun Ting and Doo Hoi Kem awaits. The Hong Kong, China combination are the only pair to ever beat Xu Xin and Liu Shiwen on the world stage!

The host nation’s Jun Mizutani and Mima Ito open their journey with a round of 16 encounter against Austria’s Stefan Fegerl and Sofia Polcanova. Chinese Taipei’s Lin Yun-Ju and Cheng I-Ching occupy the same half of the draw and could be set for a semi-final showdown with the Japanese pair.

In the men’s team draw, Germany will be tested from the start with Portugal awaiting in the round of 16. The two sides share history having met face-to-face in the 2014 European Championships final, a match which saw Portugal prevail against the odds! Eyeing up a fourth consecutive gold medal in the category, China’s campaign opens against number 13 seeds Egypt with Hong Kong, China and Korea Republic potentially blocking the road at the quarter-final and semi-final hurdles.

China also defends its crown in the women’s team event and has been handed a challenging path to the final. Opening in opposition to Austria, top seeds China could then potentially meet 2010 World champions Singapore before a semi-final clash with Rio 2016 silver medallists Germany. The opposite half of the draw contains second seeds Japan, Chinese Taipei, European champions Romania and Hong Kong, China.

Full details of the draw can be viewed here.

Details for the Tokyo 2020 Olympic Games can also be accessed here.

The rescheduled Summer Olympic Games in Tokyo will be held from 23rd July to 8th August with the table tennis competitions set to take place at the Tokyo Metropolitan Gymnasium from 24th July to 6th August, 2021.

Stay tuned for the latest Tokyo 2020 news on ITTF.com & Worldtabletennnis.com