The Inspirational Women Series is a series of articles by the ITTF Foundation that supports and celebrates women’s participation in sport, as well as the courage they exhibit in challenging tradition, gender roles and stereotypes. 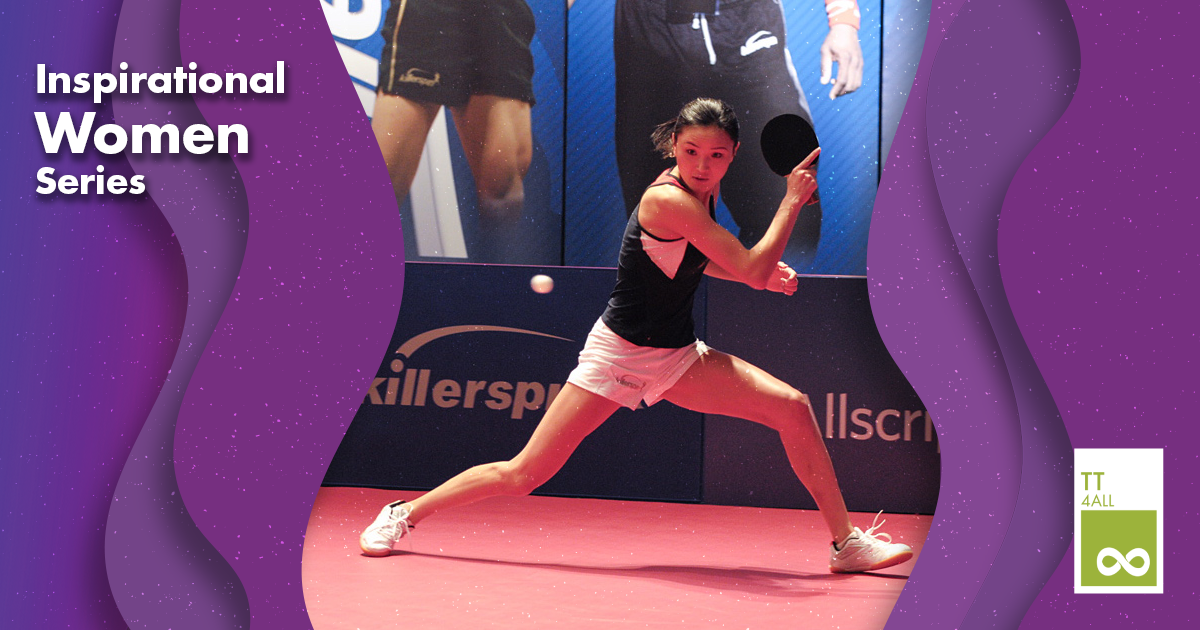 Soo Yeon Lee is a model and entrepreneur. She appeared in the renowned TV series Entourage and is the brand ambassador of table tennis club SPiN. A six-time Korea Republic National Junior Championship winner, Soo also coaches Hollywood stars such as Susan Sarandon. After giving up her career as an athlete, Soo thought she would never play again but has found a way to indulge her passion for table tennis through coaching.

FEMpowerment articles often encourage women to pursue their dreams, but very few tell the story after. What happens when your dream does not come true? The former table tennis star Soo Yeon Lee speaks up about the pressure to succeed, realising her talent and answering her true callings.

“I love the feeling of winning”

Soo Yeon entered the world of table tennis by accident.

“I’ve always been an athletic kid. I started to play table tennis in class. As the training and competition evolved, I fell in love with the sport.”

Training can be harsh for young talent and Soo was no exception.

“I trained so hard. A lot of times I could barely feel my body the next day. Even so, I’ve never thought of giving up. I love winning. The feeling of winning makes everything worth it.”

Competitiveness and perfectionism were the driving force behind her early success, but also foreshadowed her later escape. At the age of 12, Soo Yeon had won her first National Junior Championship in Korea Republic with five more to follow. She later trained under the supervision of Olympic Gold Medallist Hyun Jung-Hwa, and eventually joined the national team.

Everyone was happy for her, except Soo herself.

“I had lost faith in me. Doesn’t matter how hard I tried, I felt I was never good enough. The mounting pressure took away all the fun in playing and I knew I had to stop. So I did. I packed my bags and went to New Zealand, and later to the US.” 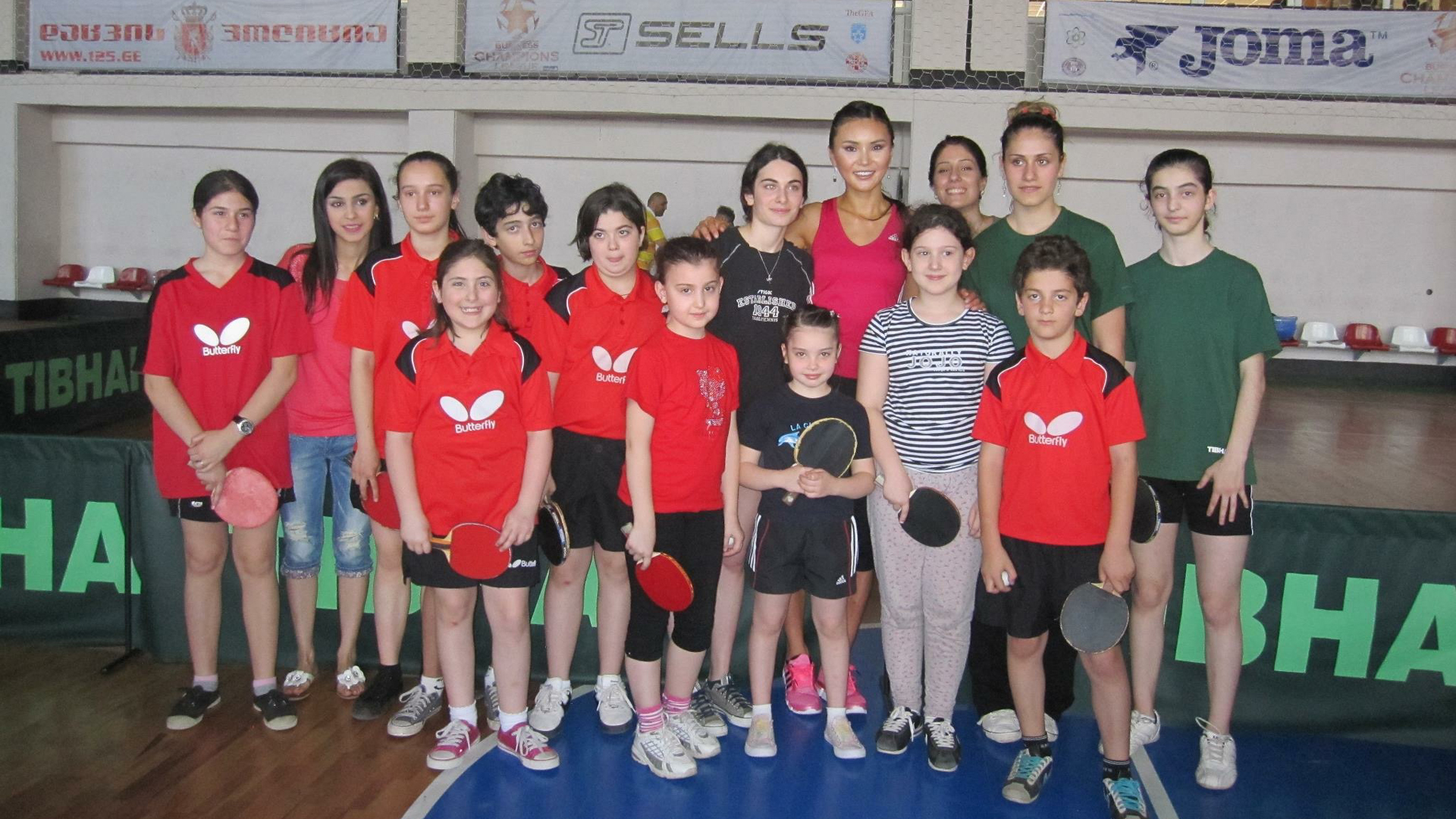 “There’s no shame in giving up”

Society encourages us to stick to our dreams and expects us to be successful. We become cynical about other’s achievements and the constant pursuit of perfection is causing a great amount of anxiety.

Soo Yeon refused to let society tell her what to do. One of the greatest lessons she has learnt as a pro athlete is that true courage means knowing one’s limits, choosing their own path even when the majority point the other direction.

“There’s no shame in giving up. When something brings you nothing but stress, leave it. Take care of your mental health and be open to other opportunities that come your way.”

When she packed away her racket, Soo thought she would never play again. It was not until she started to coach in the United States that she realised the empowering nature of table tennis.

“People respect me more when they noticed how much effort I have invested in the sport to get to where I am. Men would look at me and say they could beat me in no time, and how I enjoy the look on their face as they swallow bitter defeat!”

Meanwhile, and much to her surprise, Soo also made her debut into the modelling and entertainment world.

“I never enjoyed the spotlight, but this was a great opportunity to use my skills and legacy to promote the sport. Table tennis is my passion, it’s for everyone regardless of your age and gender. I want to share the benefit of the sport and this would be my way to stay involved.”

“You can have more than one dream.”

So what happens when your dream does not come true? Soo answers the question with her personal journey.

“It’s ok to have more than one dream. When one of them doesn’t work, move on to the next one. Finding new dreams or passions because the first one didn’t work doesn’t make you a coward or a failure.”

Soo is now a celebrity coach in the US, not because she coaches Hollywood celebrities Oliver Stone, Jamie Foxx, and Susan Sarandon, but because of her dynamic coaching style.

“I have a degree in Sport Psychology and Physical Education. I tailor my coaching style according to the students. Coaching is a very personal thing. You have to know what your students need and what would be the best way to teach them.”

Even though she is not competing professionally anymore, Soo Yeon Lee remains active in the table tennis community through other means. She is the founder of SOO&PONG, the child of her two passions – table tennis and fashion, and the familiar face in fundraising campaigns that use table tennis to promote positive social change. Soo is the role model that we have all been looking for, one that is not afraid to admit her weaknesses and shortcomings, rising up strong and tall to a new beginning.

Do you have a similar story that could help us empower our female audience? Tell us about it at [email protected].

One Hundred Days to Go To World Veteran Championships: Growing List of Players in Muscat