At the well-attended virtual General Assembly of the African Table Tennis Federation (ATTF) held on Saturday 5th June, Egypt’s Khaled El-Salhy was unanimously returned for a further term in office as President by the 23 delegates present. The continental body also added new faces to its Executive Council at the historic meeting.

Mr El-Salhy, who has championed the modernisation of table tennis in Africa, assured the delegates of further innovation in the sport in line with International Table Tennis Federation (ITTF) policies.

Additional to the election, vital decisions were agreed upon; especially the use of world ranking for seeding in continental tournaments.

On the proposal of the Kenya Table Tennis Association, the delegates also approved the creation of the Advisory Council.

A delighted El-Salhy thanked delegates for their confidence. Notably, he promised to redouble his efforts alongside the new executive to improve matters in Africa and continue to work with the ITTF to further the sport’s presence in the continent. 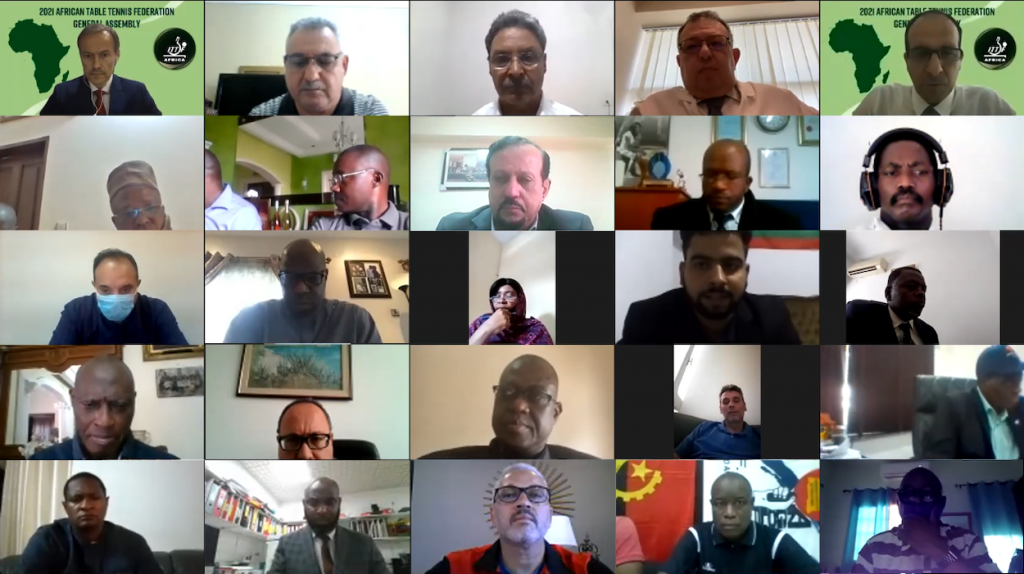 For the first time, the ATTF General Assembly was conducted virtually. Twenty-three (23) Associations were registered with delegates and another nine (9) participating as observers, for a total of 32 Associations taking part. A total of 80+ delegates were present including those in ATTF Council positions.

Dr Alaa Meshref, ITTF Executive Vice President, congratulated the past executives for laying the foundation for the growth being experienced in Africa while urging the new executives to build on their predecessors’ legacy.

Also, Dr Meshref reiterated ITTF’s commitment to Africa, sharing an optimistic outlook on the sport’s future across the continent.

Similarly, Steve Dainton, ITTF Chief Executive Officer, commended the delegates for their efforts and commitment to table tennis, whilst also congratulating the new executives and thanking the previous for their dedication to the sport.

Mr Dainton encouraged everyone to raise the bar of the sport in the region, reaffirming ITTF’s commitment and support to ATTF through its Master Continental Agreement. He also praised the ATTF for the adoption of its robust Strategic Plan at the General Assembly.