Everything you need to know about the Bank of Communications 2020 ITTF Finals!

The crowning moment for athletes competing in the #RESTART bubble event is set to arrive.

Sponsored by the Bank of Communications the ITTF Finals will be staged at the Zhengzhou Olympic Sports Center from Thursday 19th to Sunday 22nd November.

In previous years, the event has provided a most spectacular stage to bring the curtain down on an unforgettable 12 months – and while things are not normal this year, the passion and drama involving the world’s greatest table tennis stars is still set to be a much coveted battle.

Who are the stars on show?

In the men’s singles tournament, newly crowned Dishang 2020 ITTF Men’s World Cup winner Fan Zhendong is the top seed. He is joined by his compatriots Xu Xin (seed no.2), Ma Long (seed no.3) and Lin Gaoyuan (seed no.5).

Bronze medal winner at the Men’s World Cup, Tomokazu Harimoto is seeded fourth and will be looking to replicate his form from December 2018 when he became the youngest ever winner at the ITTF Grand Tour Finals. The Japanese will have compatriot Koki Niwa (seed no. 10) for company at the event, alongside another teenage sensation in Lin Yun-Ju (seed no.7) from Chinese Taipei.

Korea Republic’s Jang Woojin (seed no.14) and Jeoung Youngsik (seed no.11) will look to push on from their good World Cup form and challenge to reach the latter stages of the competition. Other challengers from Europe, South America and Africa will be Mattias Falck (seed no.9), Liam Pitchford (seed no.12), Patrick Franziska (seed no.13), Simon Gauzy (seed no.15), Hugo Calderano (seed no.6) and Quadri Aruna (seed no.16).

For the women’s singles event, world no.1 and first-time World Cup winner Chen Meng leads the line, and has her Chinese colleagues – Sun Yingsha (seed no.3), Wang Manyu (seed no.4) and  Wang Yidi (seed no.8)- not too far away.

Mima Ito will want to convert her bronze medal from the Dishang 2020 ITTF Women’s World Cup into a gold as she is the second seed, her Japanese compatriots Kasumi Ishikawa (seed no.7), Hitomi Sato (seed no.12) and Miyu Kato (seed no.15) might be in her way. 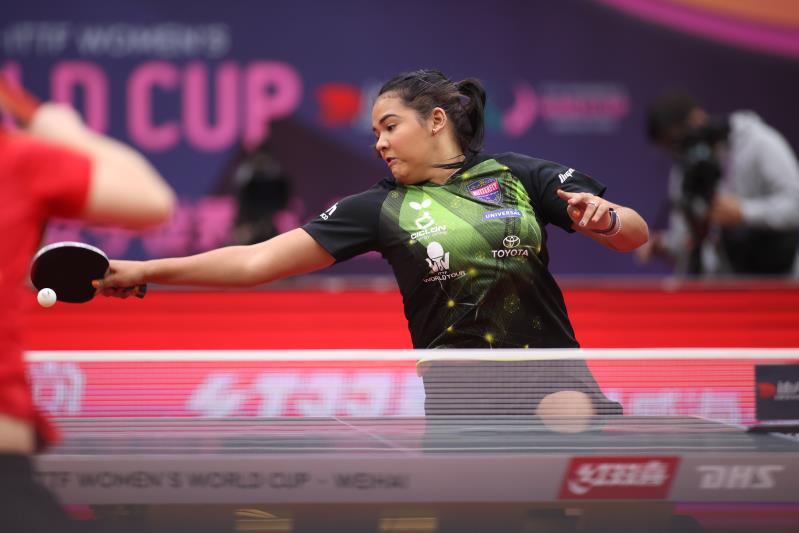 Feng Tianwei (seed no.6), Doo Hoi Kem (seed no.10), Sofia Polcanova (seed no.9) and Petrissa Solja (seed no.14) join the fray in China as dark horses – but count them out at your own risk.

Finally, Cheng I-Ching (seed no.5), Adriana Diaz (seed no.13), Jeon Jihee (seed no.11) and Suh Hyowon (seed no.16) complete an elite line-up of athletes – none of whom are going to settle for anything less than the podium.

How did the players qualify?

A total of 16 players will compete in each of the men’s singles and women’s singles events, seeded according to the 2020 April World Rankings in place.

A maximum of four players per association will be allowed and the following rules shall apply:

The men’s and women’s singles –

Can we watch the event live?

Absolutely you can! Follow the action along at itTV and ITTF!