Two years ago today, Sunday 30th September 2018, in Chengdu, China, the reigning World and Olympic Champion, Ding Ning proved that she’s still a force with which to be reckoned.
She won the Uncle Pop 2018 ITTF Women’s World Cup title; thus succeeding for the third time and maintaining her perfect record. 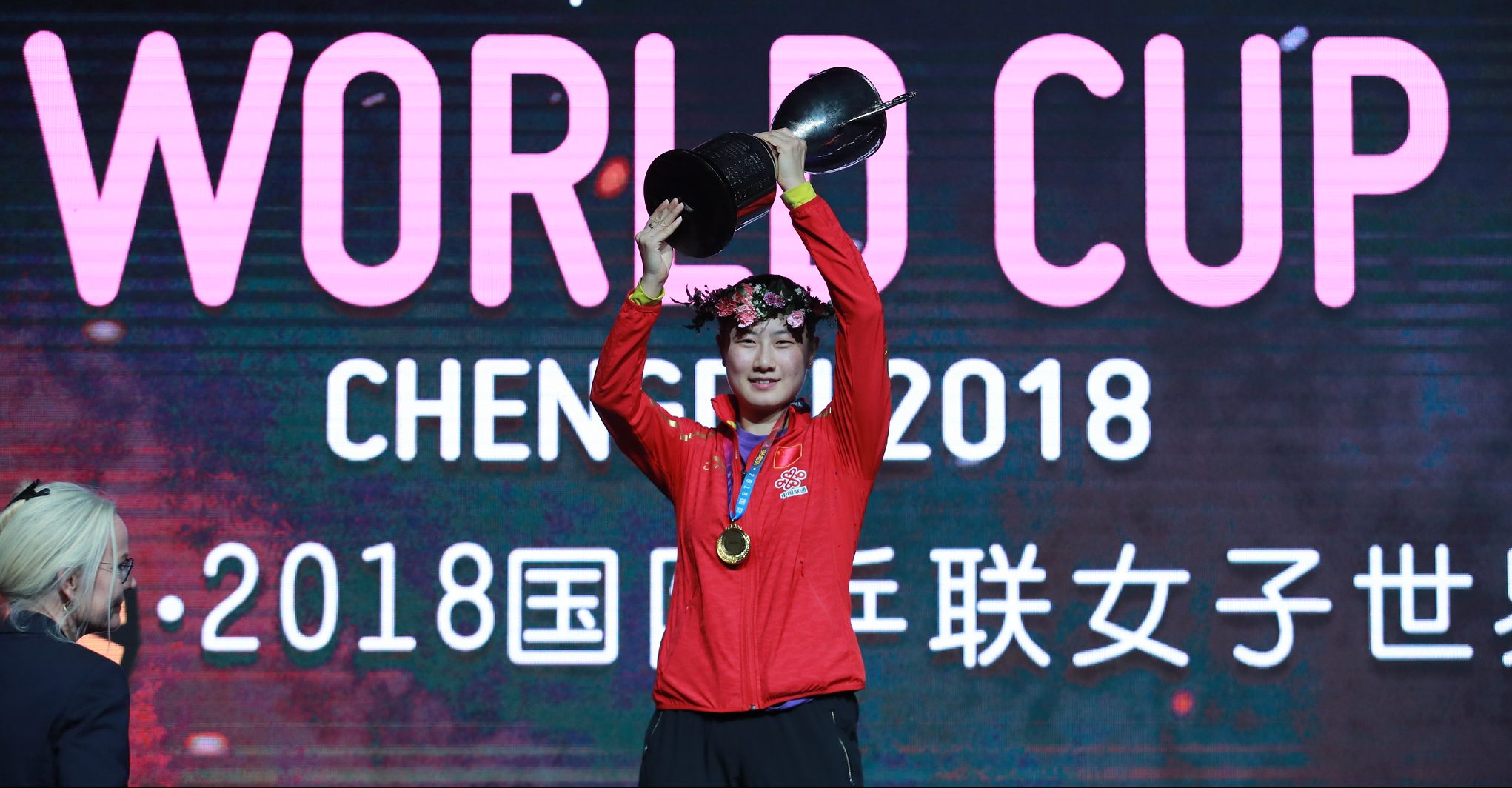 The ‘Queen of Hearts’ is very much the ‘Queen of the Women’s World Cup’ when you take a look at her record at the competition. The Chinese superstar has never lost a match in tournament – not even a single one.

Every time Ding has appeared at the World Cup, she has claimed gold – in 2011, 2014 and 2018. Her only match is Deng Yaping, who played in the very first edition of the tournament at Hong Kong in 1996 and then retired from international duty.

Two years ago today, Ding Ning walked on to the Sichuan Province Gymnasium with a point to make. Her world ranking had taken a hit due to inactivity in 2017, despite her holding the title of ‘World Champion’.

What made it more interesting is the fact that her opponent on the day was the same as her opponent at the 2017 World Championship final, her Chinese compatriot Zhu Yuling – the defending champion.

Before this rematch, Ding had only dropped the one game en route to the final. It was a statement of intent from the player  who started the final in the same way she had played all matches prior.

The local crowd in Chengdu was thrilled with a fast and furious final showdown, as Zhu and Ding exchanged some explosive shots across the table.

“I have not played with Ding Ning for a long time. I think today she did well and took the upper hand from the beginning of the match. I did not enter into match rhythm and played quite conservative. That is the reason why I lost 0-4 today.” Zhu Yuling

However, it was Ding’s experience that prevailed as she was able to take overall control of the rhythm in the match and critical moments to seal a straight games (11-9, 11-8, 12-10, 11-8) victory.

Elated with her hard-earned victory, Ding shared after the ceremony:

“I’m very happy with my victory, and I think I’m really fortunate to be able to win the title on all three occasions I played. It’s indeed something to be excited about. I think this is definitely one of my best matches this year, I have been having ups and downs over the past few months, but today I played really well, and I see this as a new starting point. Today, even though I was able to win 4-0, it was definitely not an easy match, especially towards the latter of the match, both of us played at a very high level. I was able to stay calm and implement my strategies firmly. I also really want to thank my fans who have been cheering and supporting me!” Ding Ning