The American dream lives on in Chengdu

The first ever player from Team USA to reach the semi-finals of an ITTF Women’s World Cup? What could be a killer quiz question in years to come has a resoundingly clear answer as of today: Lily Zhang! 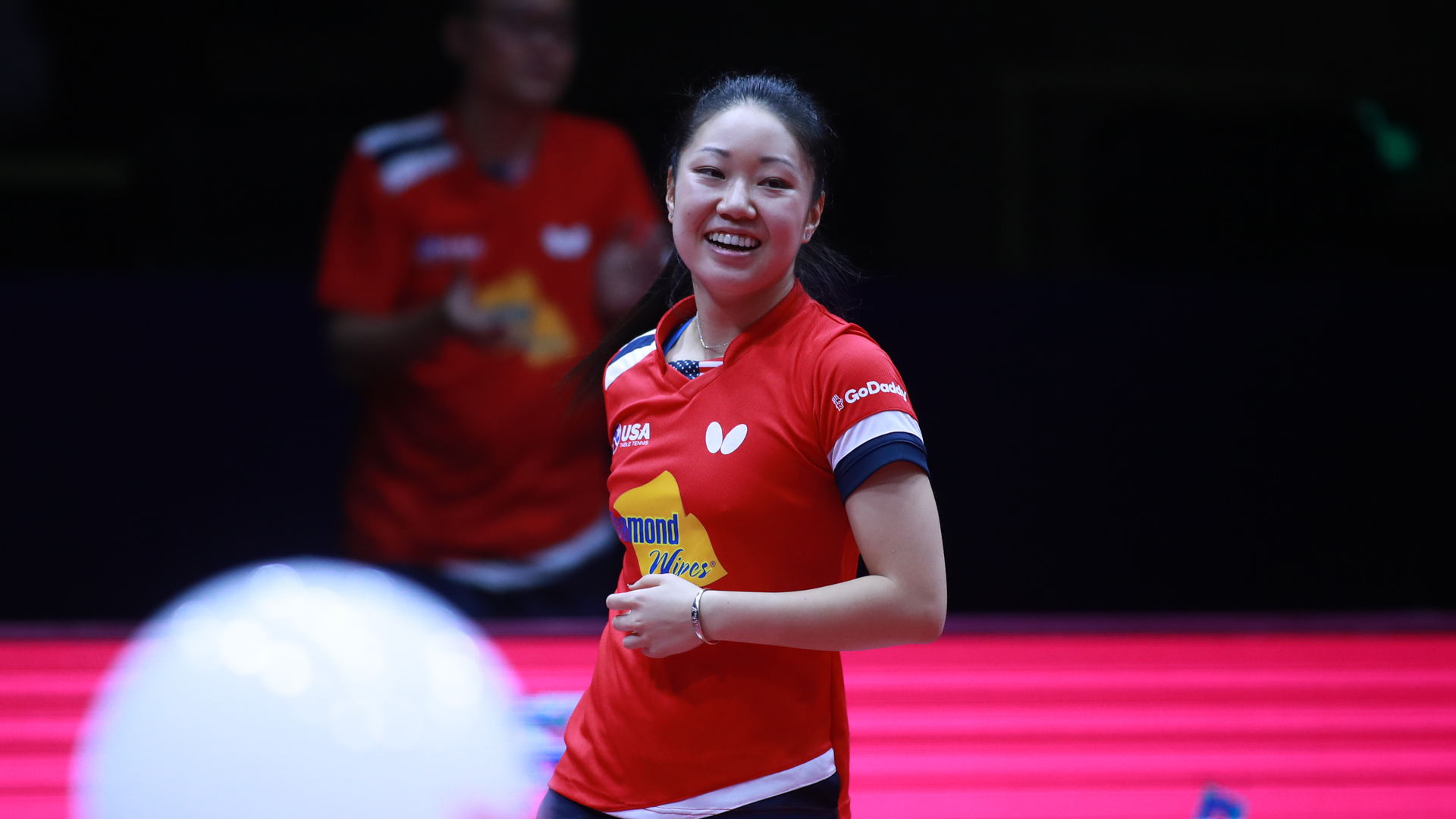 The 23-year-old, born and raised in California, has captured the hearts and imagination of American, North American and international table tennis by achieving the extraordinary feat on Saturday 19th October at the Uncle Pop 2019 ITTF Women’s World Cup in Chengdu, China.

Wang Chen, who went on to represent USA at the Beijing 2008 Olympics, was flying the flag for China when she made the final four at the 1996 Women’s World Cup, so yes, there you have it: Lily is a record-breaker alright!

Moreover, she is creating history at a moment of enormous significance for American table tennis: in 2021 the World Championships Finals will be staged in Houston, Texas, for what will be the greatest and most innovative event the sport has ever known.

Bringing matters back to the here and now in Chengdu, Lily has set up a mouthwatering semi-final tie against the World Champion, Liu Shiwen, who is seeking her own piece of history by becoming the first ever player to win five Women’s World Cup titles.

If the Chinese superstar wants to achieve her dream, she will have to navigate her way past a seriously dangerous opponent in Lily, who already made the world of table tennis sit up and notice when she completed a clean sweep of four gold medals at September’s Pan American Championships in Asuncion, Paraguay.

Make no mistake, Lily is in red-hot form right now. Her opening group-stage defeat to Bernadette Szocs is a distant memory. Since then the world no. 49 saw off Puerto Rico’s highly-rated Adriana Diaz to reach the knockout rounds.

Then followed the biggest upset of the tournament so far: her 4-3 win over world no. 9 Miu Hirano of Japan sent shockwaves throughout international table tennis; not least because Lily had surrendered a 2-0 lead to trail 2-3, only to claw her way back for the biggest victory of her career.

“She (Hirano) is much higher than me in the world ranking, so I felt under no pressure at all. I just focused on my own game today. I led 2-0 which gave me a lot of confidence. When she won the next three games, I still believed that I had a chance and that I could come back. She is very fast, but I am speedy as well, so I feel very comfortable playing against her.” – Lily Zhang

Could Lily keep her nerve in the quarter-final against Austria’s imposing, 6ft tall Sofia Polcanova? Europe’s highest ranked player had beaten Lily’s USA team-mate Wu Yue in the previous round and had sights set on her first ever Women’s World Cup semi-final too. Just like Hirano, Polcanova also fought from behind to hold a 3-2 advantage and looking odds on to close out the win.

“I was a bit distracted when I was leading 2-1 then fell behind 2-3,” Lily admitted. “This was the toughest moment of the whole match, but I never gave up and remained confident that I could turn things around.”

Indeed, the problem for Polcanova was exactly that: Lily never knows when she is beaten.

She kept believing in herself and her unquestioned ability shone through: Lily it was who managed to express her game best on court once more, wowing the crowd with her daring strokes, switching from defence to attack at the blink of an eyelid.

“I could not believe it when her (Polcanova’s) last return hit the floor and the match was finally over. I really did not expect that I could get this far in the tournament. I am just so happy right now.”

Just like her audacious sky lobs, which have come to characterise her swashbuckling, never-say-die attitude, the sky is quite literally the limit for Lily, who now heads into the final day with an entire continent, even an entire world, watching on, waiting to see if even more history can be made.