Notable performances; three players in particular attracted the attention on the opening day of action, Friday 6th September, at the 2019 Czech Para Open in Ostrava.

The names in question were those of Poland’s Patryk Chojnowski, Norway’s Tommy Urhaug and Russia’s Aleksandra Vasileva.

“I have never played against Agus, he was really good. The second thing is that I wasn’t used to the floor in the hall. That’s why it took me a while to adapt and start playing my game. I knew that I had the match under control but he really he wasn’t an easy opponent.” Tommy Urhaug

Success for Tommy Urhaug and like many leading players on duty in Olomouc, the 2019 Czech Para Open is a stepping stone for the Tokyo 2020 Paralympic Games.

“There are still a few things which I could do better. My backspin could be faster and more aggressive. However, practice makes perfect and I know I still have some time to show my best.” Tommy Urhaug

“I am here to win. However, recently I played against Ivan Karabec and I won just 3-2 in games; that’s why I never underestimate my opponent. The competition is big and my current health condition doesn’t allow me to train as much as the others. So I will participate in only in the Paralympics not Olympics.” Patryk Chojnowski

“We meet with Megan quite often. I am really happy that I managed to win because it was really fatiguing not only physically but rather mentally. I work hard on training but you also need results from matches. Hopefully I will make it to Japan.” Aleksandra Vasilieva 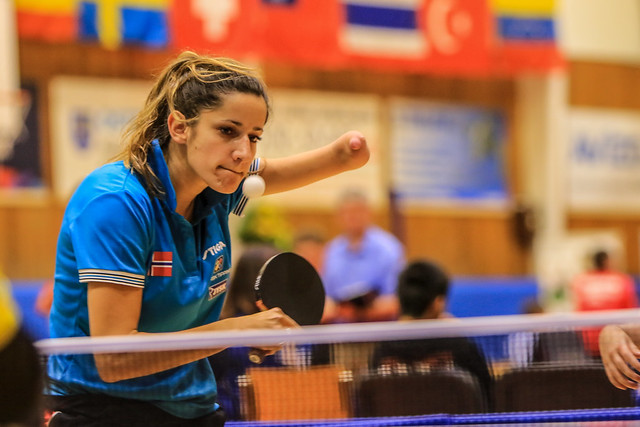